Varia on NTW’s Paul and the Faithfulness of God #2

Back in November I started my varia series on NT Wright’s new book Paul and the Faithfulness of God. This is not a systematic, organized review, but merely random comments as I journey through the 1600 pages of this tome. In the first post, I covered about 220 pages. Here, I make it to about p. 400.

A word on the structure of the book: The first two parts of the book are focused on “Paul and His World” (first 350 pp.) and then “The Mindset of the Apostle.” There are four parts in all (Part 3: “Paul’s Theology,” Part 4: “Paul’s Gospel in His World”). In the first part, Wright covers introductory matters (chs. 1-2), Greco-Roman philosophy (ch. 3), Greco-Roman religion (ch. 4), and the ideology and history of the Roman empire and the emperor (ch. 5).We pick up our discussion in the middle of ch. 3 on Greco-Roman philosophy.

#1: (231) Wright makes the point that, while philosophical reflection was a past-time of the elite, that does not mean that everyday people knew nothing of the subject. He holds up Epictetus as an example of someone on “the street level” who contributed to the discussion.

#2: (Ch 4 on Greco-Roman religion). In the chapter 3 (on philosophy), while there were many points of interest, it felt overall like Wright was trying to do too much on such a vast and debated subject. It is hard to see the yield from his efforts with such breadth covered. In contrast, I felt like his “religion” chapter (chapter 4) was spot-on and much more valuable. To underscore the importance of this topic, he reminds us that when Socrates was facing death, he remembered to tell Crito that he owes a “cock to Asclepius” and it must be paid! Also, Wright comments that “The ostensible reason Socrates was condemned to death included the charge of introducing foreign divinities into Athens” (p. 246).

#3: (252) How important was “religion” to everyday life? As Wright points out, it was essential, even substructural.

it was the beating heart, with every part of the body politic related to that heart by active and throbbing blood vessels. If the world was full of gods, the world was also therefore full of religion, full of cult; fully of a god-soaked culture (252).

#4 (253) Wright talks about how the myths and legends of the gods saturated the Greco-Roman culture and supplied the worldview shape and language for society. It offered formative “stories” that were returned to again and again.

They knew these stories as well as today’s western culture knows the present state of various soap operas, or indeed film franchises such as Batman or James Bond, or the present material dilemmas of the leading film stars. This means that we cannot begin to understand how first-century people thought, imagined, reasoned, believed, prayed and acted unless we try to get inside their myth-soaked culture (253).

#5: (chapter 4): Again, I liked this chapter overall, but I felt one thing was missing: discussion of religious use of cult statues. Statues (idols, in Jewish parlance) were ubiquitous and thought to have a unique existence, somehow bringing the deity into existence on earth (Greco-Roman equivalent to a kind of incarnation). Wright does not discuss this directly, but I think it is very important to ancient worship and also significant in light of the fact that the early Jews and Christians did not use statues.

#6: (chapter 5): This chapter’s focus is on the birth and growth of the Roman empire and emperor, and particularly the myth and ideology of Roman imperial glory and power. This is one subject where Wright has vast knowledge and this becomes an important chapter to prepare the reader for how Paul deals with questions of power and politics in his world.

#7: (296): In terms of material culture in the Roman world, Wright points to the importance of coins. He writes, “Thought it is hard to guess how many ordinary people, in Rome or in the empire, bothered too much about the symbols and slogans on coins, they were the only mass media in the ancient world, and as such are bound to have attracted somewhat more attention than do our own symbol-laden but usually ignored modern western coins and banknotes” (296).

Nobody in New Testament studies was talking about imperial cult in the generation of the war. Then suddenly in the 1990’s, not least because of the publications of Simon Price in 1984 and Paul Zanker in 1988, and because of the almost Virgilian confluence of (a) these works, (b) the rise of postcolonial theory and (c) the new American awareness of ’empire’ as a problematic contemporary reality, ’empire’ became flavour not of the month but of the decade (311).

#9: (320): Was Augustus considered a god? According to Wright, not really, but the matter is complex. “None of the iconography says, ‘Augustus is now divine’; all of it says, ‘he stands closer to divinity than the rest of us.'” (320).

#10 (336): Caligula – pushed the agenda of being treated as divine. Wright explains that he forced the people to swear by his genius and had a temple built in his honor in Miletus with an inscription attesting that he should be called theos, god: “And he was the sole dedicatee of the temple; no place for Roma, as with Augustus’s shrines, nor for the Senate, as for Tiberious’s” (336).

#11 (343): Jewish response to Roman imperial power. Wright appropriately points out that it was not a matter of Jews “taking sides” since the lines of division are not so easy to detect. Rather, most Jews were “trying to find a modus vivendi that would keep the peace without burdening the conscience” (343).

#12 (ch. 6): The Mindset of the Apostle. Here Wright focuses on the mindset or worldview of Paul with special interest in key Jewish symbols as well as praxis. In this chapter he tackles several key symbols: Temple, Torah, Eschatology, Land, Family, Battle, Scripture, Prayer. See some random comments of interest below.

Temple: “this community is the transformed new reality to which Paul saw the Jerusalem Temple itself as the advance signpost” (356)

Torah: food laws: “it is absolutely imperative that all those ‘in the Messiah’ belong at the same table’ (358). Food, circumcision, and Sabbath were “identity markers” that set apart Jews from pagans: “Not for nothing did Antiochus try to force Jews to eat pork, or Hadrian try to ban circumcision, two moves in their own way more or less equivalent to Gaius trying to have his statue erected in the Jerusalem Temple” (363).

Land: “If God’s original intention was to give Abraham the Land as an advance sign, a foretaste of an eventually intended justice-bringing rule over the whole creation (and that does seem to be what not only Paul but some other second-temple Jews had in mind), then Paul clearly sees that ultimate aim as fulfilled in the Messiah on the one hand and implemented through his own mission on the other” (366).

Eschatology: “God’s covenant with Israel had been renewed, and that heart-circumcision was, as had always been promised, the proper mark of covenant membership to which physical circumcision had been a kind of advance signpost” (361).

#13 (369): Zeal and warfare. In this chapter, Wright discusses Paul’s pharisaic zeal, especially focused on violence against the Church in his days as a persecutor. When Paul met Jesus, he did not simply abandon zeal, but it was “transposed into a larger theatre of war altogether” – from the mundane realm to a cosmic one.

On the cosmic scale, Israel’s God, the creator, had already installed Jesus the Messiah as king over the universe; but he was at present ruling in the way we might imagine a rightful prince to rule when, recapturing his own territory after long years in the hands of rebels, he re-establishes his dominion bit by bit, eventually subjugating all the powers that have usurped his place (369).

#13 (384-386): A place for the Church. Wright is insistent that our ecclesiology cannot be tucked away somewhere as one chapter of a theology book. For Wright, in view of Paul, it stands close to the heart of the Apostle’s worldview: “the ekklesia and especially its unity stand at the center of Paul’s newly framed symbolic universe” (386). The philosophers did not care much for unity. Jewish groups (like at Qumran) had community, but of a strict and limited kind. Over and over again Paul raises up the standard of oneness in the faith. Wright’s emphasis on the unity of the Church here is bold, but correct, I think.

January 9, 2014 4 Views on Historical Adam - Views 2 and 3 (Walton, Collins)
Recent Comments
0 | Leave a Comment
""He is Spirit and does not need a home, but you might say heaven and ..."
ed_dodds A Devoted Life: A Short Story ..."
"Great review. I’ve had mine for 6 months or so and absolutely love it. It’s ..."
Jack Lee Remarkable 2 (Paper Tablet) for Academics: ..."
"Has there been any exploration of keeping it alive as an open access journal? My ..."
James F. McGrath Journal for the Study of Paul ..."
"I believe that I have put together the best argument which refutes/defeats the supernatural claims ..."
Gary M Journal for the Study of Paul ..."
Browse Our Archives
Related posts from Crux Sola: Formed by Scripture to Live like Christ 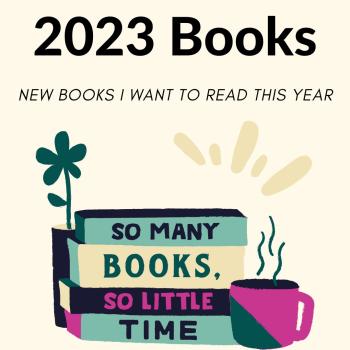