In an earlier post I mentioned that this fall has seen several Pauline commentaries published (including Seifrid on 2 Corinthians, Weima on 1-2 Thessalonians, and a revision of Fee’s NICNT 1 Corinthians). One such commentary is the second edition of the late Ralph P. Martin’s 2 Corinthians volume for the Word Biblical Commentary Series, now under the publisher Zondervan.

Sometimes it is difficult to know what “revised” means when it comes to a commentary. Thankfully, between information in the preface and clues in the text itself, it is quite clear how this work is revised. We can observe three key revisions:

(1) Bibliographies – Martin and his “helpers” (I will explain more about them below) topped up the sectional and introductory bibliographies to bring them up to date since the original commentary was published in 1986. I did some inspection and I was impressed overall with this updating – mostly English-language monographs, but once in a while you will see a key article or essay and some German/French literature (not much [~10% more], but more than I expected).

(2) Essays – Martin enlisted the help of former students and friends to aid him in this revision: Dr, Carl N. Toney, Mark Linder, and David Downs (and a few others).Thankfully, Zondervan printed the additional essays/excurses written by these “helpers” on gray pages, so they stand out even with the book closed. For example, Toney added a section on “The Composition of 2 Corinthians (1985-2007)” which appears on pp. 50-63. Down has an essay on “The Collection in 2 Corinthians (1985-2008)” on pp. 421-427. Some of Martin’s articles or essays that pertain to 2 Corinthians, but published subsequently to the first edition, are integrated into the commentary in the relevant places (such as pp. 697-707, “The Spirit in 2 Corinthians in Light of the ‘Fellowship of the Holy Spirit’ in 2 Cor 13:14”).

(3) Commentary revision – I was curious whether Martin (et al) actually made changes to the commentary main text. In the preface Martin comments that he kept this to a bear minimum because he was satisfied with his earlier analysis. I chose a few passages and compared and, by and large the text was the same, but there were small changes. Some changes were simply smoothing out expressions, format, and language. But I was impressed that insights from new literature and study did appear once in a while, even in text-critical discussions.

So – should you buy it? Let me say, there are precious few good commentaries on 2 Corinthians at the moment, and Martin does a pretty good job. It is one of the best on this text, especially because he can put his finger on the theological pulse of a passage, but also he has clearly engaged in all the secondary literature (especially non-English works in the middle-to-late 20th century).

If you already have the first edition (as I do on Logos), I would say there is no reason to run out quickly and buy it. If you had the option of buying the first edition second-hand for (let’s say) $5 or the new edition for $35, I would say do not feel the pressure to get the new one. But if you do not already own Martin’s commentary and you are looking for something on 2 Corinthians for your library, this is a good reason to order it. If you are doing research on 2 Corinthians, all the better. If you are a big fan of Martin’s work, having some of his essays worked into the commentary would be a special bonus.

Personally, I love the WBC format, because it is very user-friendly. If you want just sectional bibliography (on just 13:1-13) for example, you know where to find it. If you want just exposition, you can jump to that section. If you love structure and genre issues, WBC’s got it right there in every discussion. So, for my part, I am very happy to have this in my (print) library.

January 6, 2015 Strange Glory - Marsh's Bonhoeffer Bio PART ONE (Gupta)
Recent Comments
0 | Leave a Comment
Browse Our Archives
get the latest updates from
Crux Sola: Formed by Scripture to Live like Christ
and the Patheos
Evangelical
Channel
POPULAR AT PATHEOS Evangelical
1 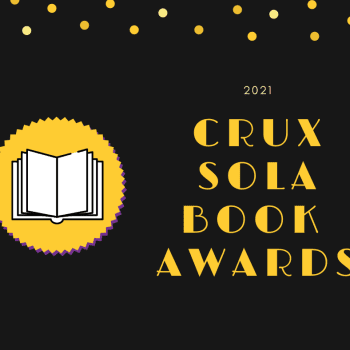 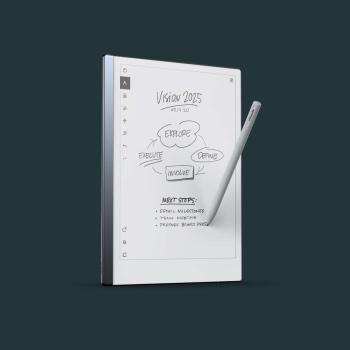