The Pillar New Testament Commentary series has had some good volumes to its credit (particularly 1 Corinthians, 1-2 Thessalonians, Ephesians, Philippians), so I was excited to see the latest offering by Mark Seifrid on 2 Corinthians. I disagree with Seifrid on not a few things about Paul (particularly related to law and gospel in Romans and Galatians), so I was curious to see what he had to say in this work. (NB: Mike Bird, Linda Belleville, Seifrid and I were invited by ETS several years back to review Tom Wright’s Justification book – Seifrid and I did not see eye-to-eye, so put it mildly!)

I am pleased to report that I found this commentary to be, overall, a very good theological reading of 2 Corinthians. Seifrid offers a conservative Lutheran reading of this letter, even frequently quoting Luther or Lutheran historians and theologians. (I approached my Colossians commentary much the same, but with interest in Bonhoeffer’s theology.) Now, when it comes to Galatians, I do not think a Lutheran approach is that useful, but I was quite inspired by how Luther’s “theology/theologian of the cross” penetrates the heart of what Paul’s is communicating in 2 Corinthians – Seifrid draws that out nicely.

Just to give a nice, simple example: “Second Corinthians is nothing other than an explication of ‘the word of the cross’ that Paul announces in First Corinthians” (83). I also liked this word on 2 Cor 5:14-17: “we are not those who may see and judge, but the blind who have been judged and yet have been granted sight” (249).

Thus, my positive word for this commentary is that it is one of the stronger theological commentaries on 2 Corinthians (in company with Garland, Furnish, and Hafemann). I have no problem recommending it to students for its general orientation to Paul’s theology of the cross.

But as you can imagine, I had my concerns as well. Here are a couple.

First, Seifrid chooses to be brief and laconic where I think he should have said more – his introduction is extraordinarily short (less than 13 pages), he gives very little space to talking about the literary integrity issue, and says almost nothing about the opponents. Secondly, Seifrid seems quite limited in whom he interacts with, so I was quite surprised he did not discuss Gorman’s views on cruciformity and theosis, or Lou Martyn’s very influential work on cross and epistemology (nor Witherington or Barnett for that matter). I assume Gorman and Martyn, as dialogue partners, would be included, so this was disappointing.

Last note – not a criticism, but worth observing. On the very messy business of what Paul is talking about in 3:4-11 (old covenant/new covenant), Seifrid takes on both Richard Hays and Scott Hafemann. Seifrid doesn’t find convincing Hays’ argument that Paul’s focus is on “Spirit-empowered transformation” (Seifrid’s words, p. 131). Nor is he persuaded by Hafemann’s salvation-history approach that moves from OT law-without-Spirit to NT law-with-Spirit. Seifrid sees more disjunction here, especially recognition of the usus elenchticus – the condemning function of the law as a “ministry of death” and condemnation (see p. 138). I think Seifrid has a point in this emphasis, but it seems overstated. Nevertheless, it is interesting that Richard Hays – a methodist – reads this section in view of (moral) transformation. Hafemann – reformed – views this in terms of salvation history. And Seifrid – Baptist-lutheran? – reads this in terms of the condemning function of the law. Fascinating!

In the end, I am not sure what I think about how to interpret the dichotomy that Paul establishes, but I would echo David Garland’s qualification to any of the interpretations: “Glory, not law and grace, is the key theme of this unit. Paul makes the incredible assertion that his ministry is far more glorious than that of Moses, the most illustrious figure in Scripture.” I think we need to be careful how we “theologize” this passage when it is noted how contextualized is Paul’s rhetoric.

So, again, I really did like this commentary overall, and it will serve students well, as long as they know that Seifrid has a limited scope of interaction with scholarship.

February 27, 2015 Daniel L Smith's New Textbook Into the World of the NT (Gupta)
Recent Comments
0 | Leave a Comment
"No F.F. Bruce?!"
Terry Douglas Top NT Scholar Heroes—Insights from #50-2-Follow
"It looks like the master list was posted over at Eerdword yesterday: http://eerdword.com/2021/04...Thanks for the ..."
Kevin Clemens Eerdmans Kindle Sale (April 2021)
"Very nice, thank you; much appreciated. Picked up some nice volumes. I'm living in Europe ..."
gamingnoob2 Eerdmans Kindle Sale (April 2021)
"Believe our stories.In most cases, yes, but there are exceptions. There was a lot of ..."
David M Supporting Your Asian-American Neighbors: Reflections from ..."
Browse Our Archives
get the latest from
Crux Sola: Formed by Scripture to Live like Christ
Sign up for our newsletter
POPULAR AT PATHEOS Evangelical
1 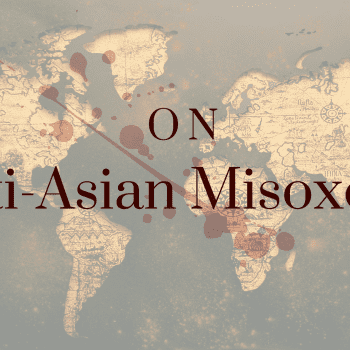 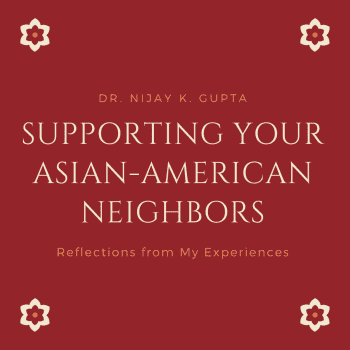 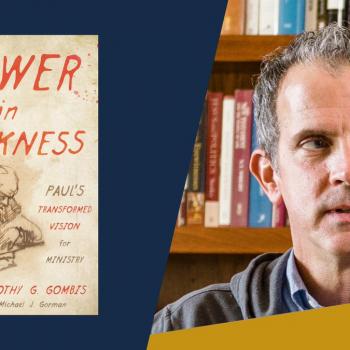 Evangelical
The Apostle Paul and Measuring Up in Ministry...
Crux Sola: Formed by Scripture to Live like Christ
TRENDING AT PATHEOS Evangelical