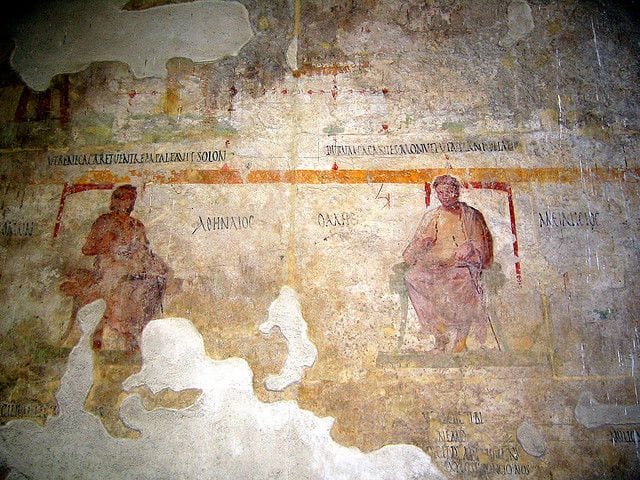 I just finished John R. Clarke’s Roman Life (2007), a fascinating glimpse into Roman life from 100BC-AD 2oo with special interest in Ostia and Pompeii. Clarke is an expert on Roman visual culture and he spends much time in the book examining graffiti, inscriptions, etc. He has written at length about tavern graffiti and speech lines in wall cartoons. Here is his concluding statement:

The fact that it is not just the images but also the writings that make these tavern paintings funny reminds us of the importance of written language in Roman life. if we put together these humorous captions with the great variety of inscriptions on tombs and civic monuments, we begin to understand that life in a Roman city encouraged literacy. Even if only a few mastered the complexities of poetry and philosophy, it seems that many ordinary people could read simple texts and inscriptions. (Roman Life, 163)