Everyone is Wrong (Except Me): The Thessalonian Situation (Gupta) 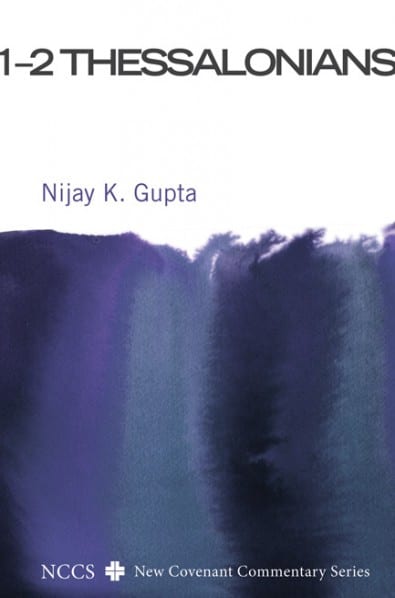 *This is the second post in my new series on 1-2 Thessalonians where I briefly note some ideas that I put forth in my new commentary (coming out this month). Though my commentary is not a technical academic commentary, still I tried to re-think the interpretation of these letters. These are some of my arguments and conclusions.*

Everyone is wrong about the Thessalonian Situation (Except Me)

OK, so pretty much every Thessalonian scholar holds these truths to be self-evident

#1: the Thessalonian believers were (mostly/almost entirely) former pagans with no connection to Judaism.

#2: the persecutors of the Thessalonian believers were (mostly/almost entirely) pagans, not Jews

I actually think both of these are off-track. Let’s start with #1:

Scholars tend to make much of Paul’s statement in 1 Thess 1:9 that the believers previously turned from idols to God and Jesus. To these scholars, that means they were pagan polytheists with no connection to Judaism because they were idol worshippers. I.e., they were not pagan god-fearers (Gentiles who were sympathizers with Judaism). Now, if this is true, it puts 1 Thess 1:9 in tension with Luke’s account in Acts, because Luke makes it seem like a decent portion of the church was indeed god-fearers. So, this is part of the reason some reject Luke’s account.

Here is where scholars go wrong. There is much evidence that god-fearer is not a rigid category and there was a range of commitment and exclusivity of worship. Scholars like Paula Fredriksen and S.J. Cohen urge that one could sympathize and identify with the synagogue, and still worship idols. This was not ideal for Jews by any means, but there was probably hope they would move closer to exclusive worship.

My hypothesis is that some such Gentile sympathizers were connected to a synagogue (and yet still polytheists), and were “wooed” away by Paul and Paul required absolute exclusive worship (hence 1 Thess 1:9). This was upsetting to the Jews in Thessalonica for obvious reasons.

That bring us to point #2: persecutors. Most scholars assume the persecutors were all/mostly Gentiles, but Acts narrates a scenario were Jews were hostile. Many seem forced to reject Acts. Part of this involves the use of the word symphyletes in 1 Thess 2:14. Most commentators take this word to mean “ethnic countrymen.” That is, the Thessalonian believers were persecuted by their own pagan countrymen while the Judeans were persecuted by Jews. What does symphyletes actually mean? That is a good question. Truth be told, most commentators work off of the opinions of other commentators and very few people have really investigated the use of this word for themselves. One person who HAS examined this word is N.H. Taylor (Pretoria) and he argues that its extant ancient usage is inconclusive – one cannot narrow it to ethnic in-group. It very well could mean “fellow-countrymen” in a broader sense.

To my mind, if Paul is including Jews in his use of symphyletes in 1 Thess 2:14, it would make sense of the critical statements he makes against Jews in 2:14-16. They are the “ring-leaders” of the persecution, so to speak, and they are drawing his criticism (as it seems in Acts 17). He is not criticizing all Jews everywhere; he is pointing out the waywardness of those Jews who persecute and reject Gentiles, preventing Gentiles from coming in contact with the gospel.

I have not given “full-blown” arguments here; there is more in my commentary, so check it out! This post is just to let you know – I am right.

(In the interest of full disclosure, I think Donfried, Still, Tellbe, and Weima are most willing to having an open mind on these issues)

July 28, 2016 Everyone is Wrong (Except Me): Peace and Security - 1 Thess 5:3 (Gupta)
Recent Comments
0 | Leave a Comment
"I read some time ago that Loveday Alexander was writing a full-length commentary on Acts ..."
Patrick Coleman Book of Acts: 5 Academic Books ..."
"May I add that anyone scared off by the sheer number of pages in Craig ..."
Lars Gunther Book of Acts: 5 Academic Books ..."
"Hello Dr. NijayMay I know if these 50 NT scholars are all evangelicals?"
Vladimir Romanov #50-2-Follow: 50 NT Scholars to Read ..."
"Jesus,He is the one person in Christian history that has it right for sure. He ..."
davidt Why Is It So Hard to ..."
Browse Our Archives
Follow Us!