Why I Believe in Women in Ministry: Part 11 (Gupta)

In these blog posts, my overall focus is on why I support women as church leaders, including preaching and teaching for the whole body. I don’t think 1 Corinthians 11 has much to say one way or another about women as pastors and preachers, but it comes up enough in conversations about “headship” and “submission” that I thought it deserves discussion.

It is important to acknowledge that the term “headship” is not in the Bible. It is a construct that is used to talk about gender relationships and power dynamics. But in 1 Cor 11, the language of “head” is important. According to conventional definitions, “headship” refers to the authority of the husband over the wife, and the expected submission of the wife to the husband. Sometimes, it is extrapolated out to men/women relationships in church and society. Our goal here is to see if the head language in this passage carries this authority dynamic, and then if this bars women from leadership in church ministry.

It would take a whole book to give this text the attention it needs for a clear and complete exposition, but I want these posts to be “readable.” So, I will offer my brief thoughts, and then I commend the commentaries of Fee (NICNT), Garland (BECNT), and Thiselton (NIGTC) as good sources for all the details.

At first glance, it seems as if Paul is calling women to submit to men as if to say God is head over Christ, Christ over man, and man over woman. There are a number of problems with treating 11:3 as a static hierarchy. Firstly, there are ongoing debates about the concept of eternal submission in the Godhead. Second, Paul would have believed Christ to be authority over both men and women. It is not as if women need to go to men for confession, rather than directly to God. Thirdly—and most importantly, there is vigorous ongoing debate about the meaning of the word “head” (kephale) as it is used metaphorically here. Many scholars contest the notion of head=authority. Others have proposed “source,” but that does not seem much likelier. I think scholars like Garland are getting close when they argue for the meaning “prominence” (leaning into the notion of representative). Any and all of these arguments for kephale must explain how Christ is the “head” of man, but not (directly) the “head” of woman. Whatever this means, it cannot mean direct-authority. Paul is clear elsewhere that Christ himself is “head” over the whole church, not just men. I believe, without a clearer understanding of how and why Paul uses head-language in 1 Cor 11, we ought not to rely on “headship” as a dominant gender-theology framework.

What is Going on in Corinth?

From 11:4-7, we can glean that women (or both women and men) were rejecting certain cultural practices of honor, dignity, and respect regarding headcoverings. Paul does not address headcoverings elsewhere, so this must have been a problem unique to Corinth. Paul warns both men and women for disrupting the dignity of the worship service.

11:7-10 appear to be a targeted warning to women. Women are meant to add to the glory of men. Adam was not made from Eve’s body, but Eve from Adam’s (11:8). Paul goes on: women shouldn’t undermine men, because they were created to help men (as in support, not serve; 11:8). 11:10 is very difficult to translate, let alone interpret. If we render it literally, it says, “For this reason, a woman ought to have authority on her head, because of the angels.” But what does that mean? Is Paul referring to her physical head? Or man as head? Why “on” and not “as”? And where do the angels fit in? We just don’t know. If I had to guess, I would think this means that she needs to take responsibility for what she does with her (physical) head—as in covering it out of respect for men and for God (respect, not submission).

If we focus on “headship,” we miss Paul’s real point in this passage. In the end (and in the Lord), women and men need each other (11:11). Yes, Eve did come from Adam’s body, but we also see how (now) men are given life through women’s bodies (11:12a). It is not about origins or heads, but ultimately all must respect the supremacy of God (11:12). Headcoverings are not about women knowing their submissive place, but about turning contentiousness into mutuality and cooperation for the sake of the whole (11:16).

Nowhere in this passage does it say that a woman cannot preach. Nowhere does it say if she speaks, her husband must be present and identifiable as her “symbol of authority.” And I don’t see anything here that prevents women from being elders. I consider this passage irrelevant to the matter of women in ministry. More relevant is 1 Corinthians 14, but we will save that for another post. 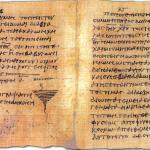 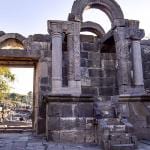 May 29, 2019 Why I Believe in Women in Ministry: Part 12 (Gupta)
Recent Comments
0 | Leave a Comment
Browse Our Archives
Follow Us!