Why I Believe in Women in Ministry: Part 15 (Gupta)

Whenever I hear people say, “according to Paul women can’t…”, my first thought is: but women did. And often Paul sent them to do it. When I had a change of mind about women in ministry in seminary, much of this happened when I took a closer look at what women actually did in Paul’s ministries. A good place to start with that is Phoebe.

(If you want a mind-blowing lecture about Phoebe, watch this video by Beverly Gaventa.)

NIV Romans 16:1 I commend to you our sister Phoebe, a deacon of the church in Cenchreae.
2 I ask you to receive her in the Lord in a way worthy of his people and to give her any help she may need from you, for she has been the benefactor of many people, including me.
(Rom. 16:1-2 NIV)

Paul commends Phoebe to the Romans, because he has sent her with his letter to the Romans. She probably played the role of letter carrier. She would also be on hand to answer interpretive questions about the letter. And, some scholars believe she actually read the letter to the Romans. (See an overview of the discussion here). Bottom line: she was an important, trusted colleague of Paul. She was not someone’s wife or an errand girl. She is mentioned without naming a counterpart male. That is crucial to recognize in and of itself. Let’s do a quick inventory of some of the language Paul uses for Phoebe.

This might seem like mundane Christian language, as in “fellow believer.” Perhaps, but this could have been taken for granted in the context of commending her as a deacon from Cenchrae. I read into the mentioning of her as “sister” more of a title of honor, a fellow leader of the church. Two things point in this direction. First, Paul mentions many women in Romans 16, but only calls Phoebe “sister.” Notice in his letter to Philemon, he also addresses it to Apphia whom he also calls “sister” (the only other place where this seems to be a title; Phm 1). Second, several times in his letters, Paul refers to Timothy as “our brother” (1 Thess 3:2; 2 Cor 1:1; Phm 1; Col 1:1). I think this was Paul’s way of commending Timothy as a respected fellow leader.

Paul calls Phoebe a diakonos from the church of Cenchrea. Some translations render this as “servant,” but diakonos had a rather wide range of usage and could be used as more of a church leadership title (see Phil 1:1). Given Paul’s desire to commend her, the fact that she was setting up operations in Rome and needed help with her work, and her function as a benefactor for Paul (see below), “deacon” is a better term here (so NIV). If she was not an official leader of the church of Cenchrea, I imagine Paul would have used the verb (diakoneo) for her service, rather than the noun (diakonos).

In Paul’s letters, diakonos is applied to the following people:

This is not a term Paul throws around for any helpful person (and apparently for no other woman named in his letters). He strategically uses this word to recognize servant leaders of churches.

Rom 16:2b makes it clear she had some agenda in Rome, and Paul calls upon the church to support her in whatever she needs. We can hardly treat her as anything but a proxy for Paul himself.

Paul is confident that she is deserving of their help, because she helped Paul so much. He refers to her as a prostatis: benefactor. She was a woman of wealth and means; probably she did more than give money though. She used her power and connections to help others in the church. The Cenchrean church may have met at her house/estate. Christopher Bryan refers to Paul as Phoebe’s “client and protege”! (Preface to Romans, pg 34)

Was She a Leader?

Paul does not explicitly say she preached sermons. He does not say she sat on a council of elders. But we need to think about leadership more holistically. Leadership is about input and influence. My desire that women should serve in ministry is not limited to sermons. It is about men sharing influence and power. When it comes to Phoebe, the signals we get from Romans 16 overall is that Paul was not isolated from women, he knew and respected them, especially as co-workers in ministry leadership.

Richard Longenecker NIGTC: Diakonos here “signals some type of active leadership in a Christian congregation at Cenchrea” (1064); re: Phoebe as interpreter of Romans: “Probably Phoebe should be viewed as the first commentator to others on Paul’s letter to Rome. And without a doubt, every commentator, teacher, or preacher on Romans would profit immensely from a transcript of Phoebe’s explanations of what Paul wrote in this letter before actually having to write or speak on it themselves.” (1064-1065)

Frank Matera Paideia: translates diakonos here as “minister” given his reading of her as a church leader in Cenchrea (338-339)

Arland Hultgren (Eerdmans): “Paul refers to her first as a ‘deacon,’ which would have been her public role within the church of Cenchreae, and then as a ‘benefactor,’ a term that applies to her activities in reference to certain persons (‘of many and also of me’). Both terms are important, but the combination of them, and the fact that Paul speaks of her first of all as a ‘deacon,’ points towards a leadership role in worship within her own home” (572) 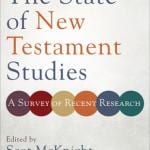 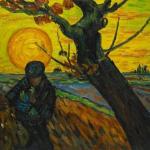 June 4, 2019 Why I Believe in Women in Ministry: Part 16 (Gupta)
Recent Comments
0 | Leave a Comment
Browse Our Archives
Follow Us!

Church Should Be Your Excuse for...
The Chorus In The Chaos
Related posts from Crux Sola: Formed by Scripture to Live like Christ

Evangelical
OnScript Podcast: Listen to Matt and Me Talk...
Crux Sola: Formed by Scripture to Live like Christ

Evangelical
Paul and the Language of Faith, 4 Big...
Crux Sola: Formed by Scripture to Live like Christ