In Stone and Story: An Interview with Dr. Bruce W. Longenecker

Dr. Bruce Longenecker talks about his new book In Stone and Story: Early Christianity in the Roman World 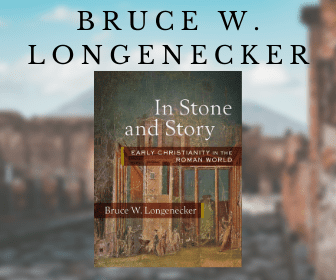 How did you get interested in studying the cities of Pompeii and Herculaneum?

Pompeii and Herculaneum are fascinating ancient sites. My interest in them grew out of my 2010 book Remember the Poor: Paul, Poverty, and the Greco-Roman World. In that book, I examined economic dynamics within the Roman world and sought to understand Paul’s theology and mission in light of those dynamics. After I finished that large project, I imagined that there still might be more to do, with the next step being an examination of  the economic dynamics within a single indigenous context, to see how a localized setting might refine the more general approach I had taken in the book. The first-century towns of Pompeii and Herculaneum were perfectly suited for taking things to the next level. I imagined that I might someday write a little article on the economic life of the Vesuvian towns as a supplement the book (a project that is still on my “to write” list, even ten years later).

What I didn’t count on is catching the Vesuvian bug (or what my sons call “ancient site-itis”). Pompeii and Herculaneum are a lot like Hotel California: “you can check out any time you like, but you can never leave.” So for ten years now, those Vesuvian towns have increasingly become the backdrop to most of my thinking about the early Jesus-movement in the Roman world.

Why should students of the NT be interested in what historians and archaeologists have found in these cities?

There are a lot of different ways of studying the texts of the New Testament. One of the most fruitful ways is to attempt to interpret them in relation to what we know about the historical setting in which they were written. Nuances of meaning multiply incrementally as texts are situated within those settings. I think this conviction plays out in every chapter of In Stone and Story, with Pompeii and Herculaneum inviting us into the multifaceted textures of first-century urban settings — precisely the settings in which the majority of the early Jesus-followers were immersed. Although delving into the contours of life in these Vesuvian towns can be an end in itself, it can also help to refine our understanding of what was involved in the rather remarkable emergence of devotion to Jesus within the Roman world.

In this way, the task of exploring the emergence of Christianity within the first-century context captures a sense of the essential features of earliest forms of Jesus-devotion — never a bad thing, especially for those invested in considering how texts of the New Testament are to resonate within twenty-first-century contexts.

Can you give a few examples of things in In Stone and Story that might surprise modern readers of the Bible (about ancient culture, social norms, values, laws, lifestyles, etc)?

If this were a rapid-fire round, I would highlight these things about life in first-century urban contexts in general:

If I had to pick just one thing to mention more extensively, it might be how important the “mystery deities” were, with mystery devotion of various kinds spreading like wildfire through the Roman world. These deities were, in some ways, just a bit different from the “traditional deities” of the Greco-Roman panoply of deities. (In the Vesuvian towns, the two most significant deities of mystery devotion were Isis and Bacchus/Dionysus.). Throughout the Roman world, people seemed to think that mystery deities were more intimately and more caringly involved with their own lives, especially at times of sorrow and/or hardship — precisely because the mystery deities were themselves thought to have experienced sorrow and/or hardship. In the book In Stone and Story, I enjoyed tracking how some New Testament texts seem almost intentionally to resonate with some aspects of devotion to these popular mystery deities, even if only to contrast them with Jesus-devotion.

Do you have a favorite story of anecdote from Pompeii or Herculaneum?

There is one graffito that always makes me smile, just because it is so “out there.” It translates this way: “It took 640 paces to walk back and forth between here and there ten times.” For someone to have wondered “how many paces would it take…” just seems so intriguingly whacky. But she/he didn’t just count the paces; she/he also thought it notable enough to record the results in a graffito. That is just a curiously exquisite moment in history! (Unfortunately, I don’t think it sheds much light on the emergence of Jesus-devotion.)

What writing projects are you working on next?

I’m doing a number of things. Three edited volumes are in progress, and I’m at different stages of writing two monographs.

The editing projects include the New Cambridge Companion to Paul, which I’m putting the finishing touches on at the moment, expecting publication this summer. With James Aitken (Cambridge), I am co-editing a volume on the relevance of the Apocrypha and Septuagint for the study of the New Testament for Zondervan’s forthcoming multi-volume series on Ancient Literature for New Testament Studies. With David Wilhite (Truett Seminary), I am co-editing the Cambridge History of Ancient Christianity.

The monographs include (1) a study in the theology of Galatians and (2) a project with the working title Mystery Women, which will be a study of female Jesus-followers in Corinth in comparison with other women whose identity will remain a bit of a mystery for the time being. I am really excited by these two projects, both of which seem to take up equal amounts of mental time each and every day. I’m enjoying every minute of it.

March 11, 2020
Paul and the Language of Faith, 4 Big Ideas: #4—Revisiting Paul and Covenantal Nomism
Next Post 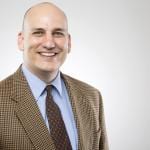 March 12, 2020 #50-2-Follow: 50 NT Scholars to Read and Follow—Ben Blackwell
Recent Comments
0 | Leave a Comment
Browse Our Archives
get the latest from
Crux Sola: Formed by Scripture to Live like Christ
Sign up for our newsletter
POPULAR AT PATHEOS Evangelical
1

Can God Change the Past?
Roger E. Olson
Related posts from Crux Sola: Formed by Scripture to Live like Christ

Evangelical
Part 2: "And the WORD 'Felt' Among Us":...
Crux Sola: Formed by Scripture to Live like Christ

Evangelical
What's Going On In Septuagint Studies? (Ross and...
Crux Sola: Formed by Scripture to Live like Christ