Book of Acts: 5 Academic Books Every Pastor Should Read

This was nothing short of a transformative study for me and has significantly shaped how I look at Acts. Very well-written and engaging, but quite academic. This book expects a reader who has advanced biblical studies education (UG Bible major or seminary training). I have used this before as a textbook, and I would not hesitate to use it again if I taught a course on Acts.

Mikeal Parsons, Body and Character in Luke and Acts: The Subversion of Physiognomy in Early Christianity

OK, in an ideal world I recommend “affordable” books, but I couldn’t help but promote the excellent work of Loveday. She is a recognized historian and one of the top Acts scholars in the world. This collection of studies on Acts in context is superb.

This is a dynamic and inspiring theological reading of Acts. This would be a great Bible study or Sunday school book for a group.

An illuminating study of the theological themes of divine and human hospitality in Paul and Luke-Acts. This would be great for a church staff group study.

I am adding a sixth here, because it overlaps Luke-Acts. I mentioned this as a “must-have” for studying Luke, and the same goes for Acts. I would propose that pastors buy Rowe and Johnson as the first two things they read on Acts for thinking about ministry and Christian life in the world.

Jipp has distinguished himself as a trusted Acts scholar, here with an accessible introduction. I also really like the cover.

This is a fantastic Bible study on Acts, unfortunately Out of Print, so look for a used copy online.

OK, I said I wouldn’t recommend commentaries here, but this is more like a set of reflections on Christian life via the book of Acts. From the description: “Jennings explores the relevance of the book of Acts for the struggles of today. While some see Acts as the story of the founding of the Christian church, Jennings argues that it is so much more, depicting revolution life in the disrupting presence of the Spirit of God. According to Jennings, Acts is like Genesis, revealing a God who is moving over the land, “putting into place a holy repetition that speaks of the willingness of God to invade our every day and our every moment.” He reminds us that Acts took place in a time of Empire, when the people were caught between diaspora Israel and the Empire of Rome. The spirit of God intervened, offering new life to both. Jennings shows that Acts teaches how people of faith can yield to the Spirit to overcome the divisions of our present world.”

I mentioned this as a top book to read for Luke, and the same goes for Acts.

Heidi Hornik and Mikeal Parsons, Acts through the Centuries

A bit pricey, but a must-have resource for studying Acts for pastors, students, and scholars. 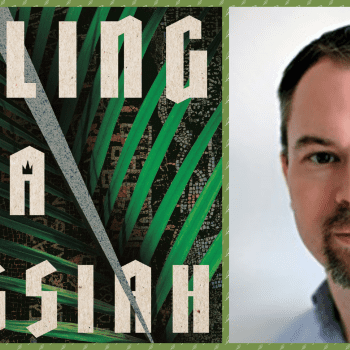 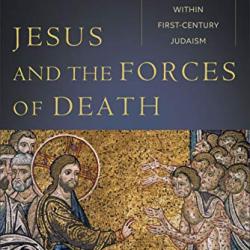 Lynn Cohick on Ephesians
Here is my interview with Lynn Cohick about her forthcoming Ephesians commentary...
view all Evangelical blogs
What Are Your Thoughts?leave a comment
Copyright 2008-2020, Patheos. All rights reserved.