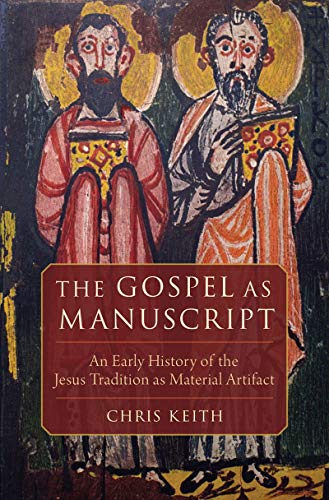 We read the Gospels on our computers, phones, and in print, and we often take for granted that the story of Jesus was written down. We assume if something was important, it was inevitable that it became recorded in literature. Chris Keith, in his new book The Gospel as Manuscript, pauses to consider this event, the “textualization” of the Jesus tradition, as an important occasion in the lives of the early Christians. Here is his thesis in his own words:

It is true, Keith admits, that ancients valued in-person and oral communication; but this did not mean they saw textualization as bad per se. In fact, there was a key advantage to the book—allowing the message to have an afterlife, as it were: “The textualization of tradition creates the possibility of limitless reception contexts, allowing the tradition to be carried through time and space” (34). Using Mark as a key case study (as the Gospel manuscript), Keith shows how the first century “Neronian pogroms, destruction of the temple, and death of the first generation of apostles were all Traditionsbrüche  [crisis events jeopardizing cultural memory] that could have called forth a textualized Gospel in order to stabilize the tradition into cultural memory” (95).

Not only did this writing down of the Jesus tradition stabilize the Jesus tradition to pass on the gospel story for the early Christians, but there also developed a whole reading culture around the use of holy texts, just as Jews did with Scripture in the synagogues. Keith writes, “what Christians did with manuscripts of the Gospels was an articulation of early Christian identity separately from, though ultimately in conjunction with, the narrative content of those manuscripts” (230). And later: “The Gospel book, and what one did with it, became a physical space on which Christian standing with the rest of the world was negotiated” (235).

The Gospel as Manuscript is a wide-ranging academic study of the textualization of the Jesus tradition, what it meant for the early Christians, how it developed into a gospel-writing culture, and what is says about early Christian identity. It is a very high-level academic study, with lots of technical language I had to “look up,” but I believe the patient reader will find much insight in these pages. As Keith readily admits, you can see the influence in this book of three of Keith’s mentors: Tom Thatcher, Helen Bond, and Larry Hurtado. I could indeed see the perspectives and interests of each of these woven into this book, which enriched it as a kind of interdisciplinary study. Congratulations to Chris Keith on this excellent contribution to scholarship on the Gospels and early Christianity. 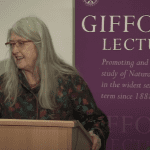 June 14, 2020
Dame Mary Beard on "Whiteness" in Antiquity
Next Post

June 16, 2020 Philippians: 5 Books Every Pastor Should Read
Recent Comments
0 | Leave a Comment
"Thanks Nijay. Yes, there is an intentional shift to classroom use in this volume. In ..."
Bruce Longenecker Book Review: The New Cambridge Companion ..."
"I want to read this....after all the books for my September class, and all the ..."
Friar_Tuck Book Review: Jesus and the Forces ..."
"Still pondering on this one"
Friar_Tuck SeminaryNow: A New Video Platform for ..."
"Uhh...anyone familiar with the basics of mainstream New Testament studies is probably aware that Paul ..."
Robert Conner June 24, 2020: FB Live Public ..."
Browse Our Archives
get the latest from
Crux Sola: Formed by Scripture to Live like Christ
Sign up for our newsletter
POPULAR AT PATHEOS Evangelical
1

Evangelical
FB Public Lecture: Women of Influence in the...
Crux Sola: Formed by Scripture to Live like Christ

Evangelical
SeminaryNow: A New Video Platform for Courses in...
Crux Sola: Formed by Scripture to Live like Christ
TRENDING AT PATHEOS Evangelical