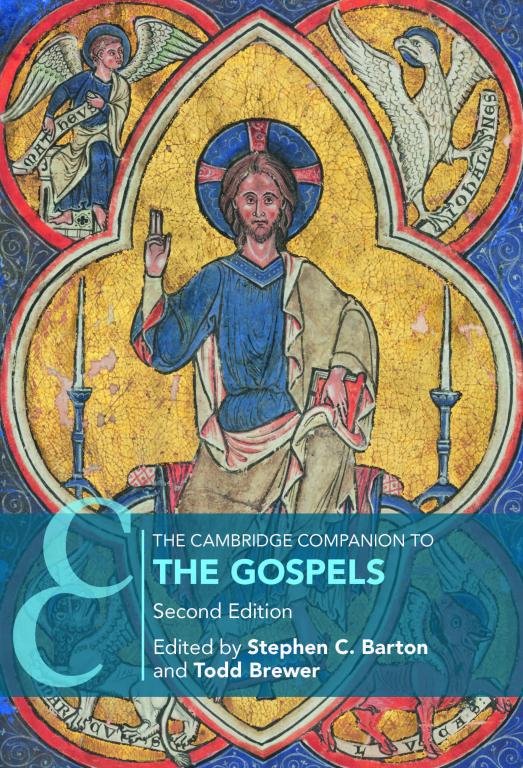 I recall how helpful the first edition was for my own understanding of the gospels and the state of scholarship at an accessible level (2006). The editor of the first edition—and one of the co-editors of the second edition—Stephen Barton, was my primary doctoral advisor at Durham. Stephen’s work has been wide-ranging, but he made a name for himself in the UK as an efficient and collegial editor of many books. Here, well into his retire, he has taken up the editor’s role again with the help of Durham grad Todd Brewer.

I emailed Stephen to ask for a sneak peek, and he was kind enough to pass along to me the cover image (which is nicely done) and the ToC—Many of the original contributors reprising their role, but a few new names in the mix. Check it out.

Part I Approaching the gospels: context and method

What is a gospel?

The scriptural matrix of the gospels

RICHARD B. HAYS and CHRISTOPHER BLUMHOFER

The gospels and ‘the historical Jesus’

The gospels and the reader

Part II The gospels as witnesses to Christ: content and interpretation

The Gospel according to Matthew

The Gospel according to Mark

The Gospel according to Luke

The Gospel according to John

Non-canonical gospels as witnesses to Christ

God and the knowledge of God in the gospels

Part III The afterlife of the gospels: impact on church and society

The gospels and doctrine

Reception history of the gospels

Praying the gospels: spirituality and worship

The gospels embodied: the lives of saints and martyrs

Living the gospels: morality and politics

The gospels for the life of the world

August 11, 2020 More information on Eerdmans' Commentaries for Christian Formation Series
Recent Comments
0 | Leave a Comment
"Hey Criss. Good to hear from you. Boundaries are important, but I agree, trying times."
Gupta Nijay Doctrina Est Formatio: Teaching Tips for ..."
"You gave me the best time/family management advice in seminary. When it's time to work, ..."
CM Doctrina Est Formatio: Teaching Tips for ..."
"Thanks. As a former Evangelical who still has Evangelical friends and family, and who tries ..."
Howard Pepper My Top 10 New Books In ..."
"Click on "BDAG" (note it is bold which signals it is hyperlinked)"
Gupta Nijay Get BDAG Greek Lexicon for $44 ..."
Browse Our Archives
get the latest from
Crux Sola: Formed by Scripture to Live like Christ
Sign up for our newsletter
POPULAR AT PATHEOS Evangelical
1

Be Careful What You Ask For
Preventing Grace
Related posts from Crux Sola: Formed by Scripture to Live like Christ