An Introduction to the New Testament—M. Eugene Boring

Book Description: This thoroughly researched textbook from well-respected scholar M. Eugene Boring presents a user-friendly introduction to the New Testament books. Boring approaches the New Testament as a historical document, one that requires using a hands-on, critical method. Moreover, he asserts that the New Testament is the church’s book, in that it was written, selected, preserved, and transmitted by the church. Boring goes on to explore the historical foundation and formation of the New Testament within the context of pre-Christian Judaism and the world of Jesus and the early church. He then examines the individual books of the New Testament, providing helpful background information and methods for interpretation, and revealing the narrative substructure found within each of the Gospels and Letters.

This volume includes helpful illustrations, charts, notes, and suggestions for further reading. Sections are laid out in a well-organized manner to help students navigate the content more easily.

GENRES: I argue that the canonical selection process intuitively selected only two genres for inclusion in the New Testament: Letters and Gospels (Acts is the second part of the Gospel of Luke; Revelation is mostly apocalyptic in content, but is in the form of a letter to the churches). They are both subheadings of the narrative genre: the Christian message is not good advice or good theory, but good news, rightly expressed in narrative form. After an extensive setting the NT documents in their context as the “Church’s book” written selected, transmitted, translated, and interpreted by the church, all the letters are first studied in their presumed historical order, followed by introductions to the four Gospels (including Acts) in their presumed historical order. This corresponds not only to the order of their emergence in early Christian history, but to the traditional of Epistle / Gospel in the church’s reading of its Scripture through history. When used as a textbook, this has the disadvantage of delaying the treatment of the Gospels until late in the course, which the teacher may rearrange as desired, but the book itself assumes, for instance, that the Gospel of Matthew can hardly be understood without an awareness of what had preceded it in early Christian history.

Method: Most recent Introductions simply assume and summarize the results of critical study of the Bible, without giving beginning students much a personal sense of how firm or fragile such “assured results” might be. I, too, must necessarily do this for much of the book, which is plenty long already. But at two points I have walked the reader through a hands-on exercise in historical method: the Synoptic Problem and the authorship of the Pastorals.

Historical Method/Theological Affirmation: I have throughout approached NT study with a fusion of historical method and theological affirmation of the canonical texts as the medium of the Word of God. I have been up front with this perspective throughout, but withheld a discussion of “The NT as Word of God” for the Epilogue (which should not be considered a P.S.). The point, in step with John 1:14’s incarnational theology, is that one cannot decide what the confession of faith in the Bible as Word of God means in advance of studying it. As Christians do not confess incarnation-in-general, but in “this man” in all his particularity, “this Jesus” (Acts 2:23), one must first encounter the historical-literary-theological NT as it is before confessing that the Word of God comes through this book.

A Word from the Author: M. Eugene Boring says:

All-In-One: As one reviewer pointed out, the book is something of a NT library in one volume. This makes it a rather large book, and much summarizing often calls for oversimplification, but students are encouraged to pursue individual topics in the For Further Reading section appended to each chapter. Typically, only some will do this, but the whole gamut of reference materials needed to set the NT in its historical, literary, and theological contexts is made available. Not all students will read the solid monographs on the Dead Sea Scrolls or the nature and history of NT interpretation, but a birds-eye view of the whole territory is here provided. The extensive table of contents facilitates keeping this comprehensive context of each particular section in view.

Perspective: The book attempts to integrate these contexts through one particular lens. I have not assumed a transcendent “objective” perch from which to survey the landscape, but taken a particular place within it: I make it clear that I write as an ordained Christian minister and see the biblical texts from that perspective, but in this book my purpose is not evangelism or the imposition of my own theology on the reader. I want them to see what the texts look like from an insider who considers them Holy Scripture, which they can and will interpret from their own point of view.

Clarity: I’m pleased that the book has been commended for its clarity. My goal was not to impress the reader with scholarly profundity and nomenclature—which I do not disdain, they have their place—but to express the complexities of history and theology in readable everyday speech as much as possible.

What I love about this book is Boring’s fresh insight on issues of method and approach to the New Testament. There is a trend towards literary and narrative studies, which is salutary, but Boring demonstrates that this should not discount or exclusive the historical method.

About the Author: M. Eugene Boring (PhD, Vanderbilt University), before retiring, was the I. Wylie and Elizabeth M. Briscoe Professor of New Testament at Brite Divinity School, Texas Christian University. He is the author of several books, including a commentary on Revelation and (with Fred Craddock) The People’s New Testament Commentary. He lives in Fort Worth, Texas. 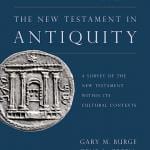 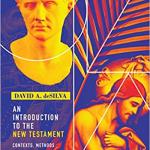 January 14, 2021 An Introduction to the New Testament (2nd ed.)—David A. deSilva
Recent Comments
0 | Leave a Comment
Browse Our Archives
get the latest from
Crux Sola: Formed by Scripture to Live like Christ
Sign up for our newsletter
POPULAR AT PATHEOS Evangelical
1 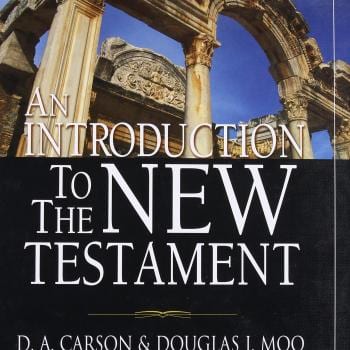 Evangelical
An Introduction to the New Testament—Carson and Moo
Crux Sola: Formed by Scripture to Live like Christ 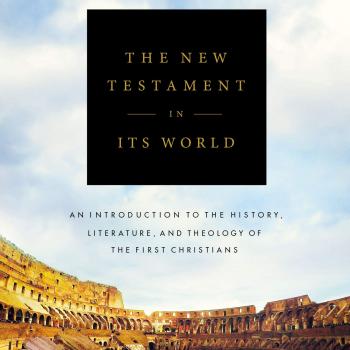 Evangelical
The New Testament in Its World—Bird and Wright
Crux Sola: Formed by Scripture to Live like Christ 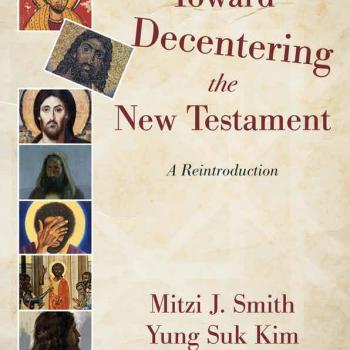 Evangelical
Toward Decentering the New Testament—Smith and Kim
Crux Sola: Formed by Scripture to Live like Christ 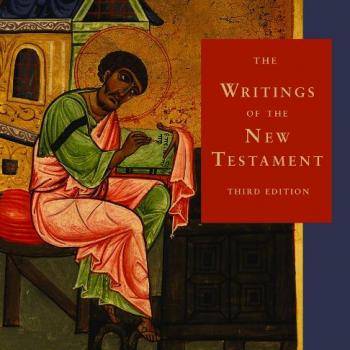 Evangelical
The Writings of the New Testament—Johnson
Crux Sola: Formed by Scripture to Live like Christ
TRENDING AT PATHEOS Evangelical