Interview with Dr. Luke Timothy Johnson (The Mind In Another Place)

Dr. Luke Timothy Johnson has written a fascinating reflection on his life as a scholar (The Mind in Another Place). Johnson kindly answered some questions about the academic life.

“My first and most persistent goal in life was to become a saint.” You write this in the book in the first chapter. How has this statement shaped your academic life?

I assure you that I have by no means reached that goal! But it seems to me still to be the only truly significant ambition. How has it affected my work as a scholar? In several ways.

First, I have always considered only one thing essential — to become (or better, to allow God to make one) a certain kind of person. Everything else I have considered as secondary and non-essential. The judgment of other humans is trivial compared to the absolute judgment of God. Such a conviction enables one to speak boldly and without fear.

Second, I have considered scholarship as a serious enterprise, but one without ultimate importance. It is, indeed, a game that, like all games, must be played seriously if it is to be played well. But it is played best when it is played with the freedom that authentic faith gives and is not erected into an idolatrous project.

Third, if scholarship is non-ultimate, then an academic career is even more nugatory. The academy should be regarded as a social arrangement whose importance is measured solely by the way it serves the ends for which it was designed. Do students learn? Do teachers grow in knowledge? Is the church and society made better by these processes? To the degree that “the academy” becomes absolute and self-serving, to that degree it has lost its way.

You talk about feeling “Imposter Syndrome” and a sense of inadequacy in your doctoral program. How did you overcome that? What would you say to students today wrestling the same feelings?

Beginning doctoral students naturally feel inadequate when first entering the world of serious scholarship. The professors are infinitely learned! The senior students are so impressive! It takes a while to realize that the professors’ knowledge is not infinite, it is simply vast because they have applied themselves to it for decades. It takes a while to grasp that the impressiveness of one’s peers is largely based on the fact that they are more advanced in the program than you are. All of them also had to start somewhere and were probably as unimpressive then as you now feel yourself to be.

It is helpful also to appreciate that gifts are unevenly distributed and that there are various ways of being a scholar. An honest self-inventory is helpful: are they great linguists and you are not? You will need to strengthen that area. But perhaps you have talents or background that they lack. Perhaps you have a poet’s imagination, or a theologian’s insight, or a teacher’s experience; perhaps these are the strengths that you bring to the conversation, gifts that perhaps your colleagues need without knowing it.

A good part of the book is about your life with Joy (your wife). You talk about how you devoted yourself to caring for your family. It’s hard when your mind is in another place! What should work/life balance look like for a scholar?

I devoted such attention to Joy and my care for her — as well as to the complexities of having many children and little money — because all scholarship is (mercifully) conditioned and constrained by real life. In my case, Joy’s remarkable character and debilitating illness alike summoned my best energies over a forty-year period. This was in part simply because I loved her without reserve, and reverenced her as the sheerest gift of God’s grace to me. It was also because true discipleship demands selfless service. As she aged and grew weaker, it was clear to me that my desire to be a disciple grew both costlier and simpler.

The notion of “work/life” balance is, I think, nonsensical in light of the compelling and often competing demands of discipleship and scholarship. “Balance” suggests a static equipoise. But genuine faith is much more like an oscillation between our own projects — however worthy — and God’s call to us through the needs of others. Energy and attentiveness are necessary if one is to live within such a constant tension.

In the list of scholarly virtues toward the end of my book, I include (oddly enough) “multitasking.” I suggest that the ability to pivot quickly between obligations, to focus one’s energies, to be free of inhibiting perfectionism, is a way not only of surviving the pull of competing loyalties, but of making them mutually fruitful.

In your Emory years, you talk about the dangerous attraction of basking in the media spotlight: “Life in the limelight is inimical to serious scholarship.” Why is that? And now we have social media. Is that dangerous as well? How?

My time as a creature of the media during the historical Jesus controversy (1996-1997) was short-lived but intense. During that period of TV, radio, newspaper and magazine attention, I quickly became aware of how addicting it could be and how distorting.

Easy to conclude from such hot-light attention that one is more important, that one’s work is more portentous, because one’s words appear in the print media and one’s face is seen  on cable network. Easy to seek more attention by writing even more attention-getting words. Easy to forget that the media by its very nature distorts everything it embraces, through artificial leveling (every opinion is as worthwhile as every other opinion), through elevating the superficial and sensational, and through privileging shocking over the edifying. Depth of research, logic, rhetoric, all are abandoned in favor of the snappy quip.

Social media democratizes all this but does not improve it. A scholar who turns away from serious scholarship to tweeting has traded a birthright for a bowl of lentils: quick and temporary nourishment is purchased at the cost of losing what is most important.

You have a final set of chapters on intellectual and moral virtues of the scholar. One of them is “imagination.” What do you mean by that? Why is it important? (Religion scholars are not normally encouraged to use their imagination!)

Imagination is more easily described than defined. It is a mix of synthetic thinking and intuition, of grasping a whole in relation to all its parts, of seeing the fundamental principle that holds an entire argument together, of adopting odd angles of view, of taking bold risks, of making unpredictable leaps. Imagination is the basis of all great science and of all great philosophy. The mind must leap giddily across an abyss and then think through the mechanics of the leap.

And you are quite correct. Scholars in the field of religion — with some notable exceptions — are not noted for such mental agility. Scripture scholars in particular seem by temperament and training to be content with plodding along lanes laid long ago. No wonder that so much scholarship on the Bible is predictable and pedantic and mind-numbingly dull.

You encourage both “ambition” and “contentment.” How do these two strange bedfellows live together?

Ambition is the motor that drives us to achievement. Without ambition we accomplish nothing, as artists or athletes, as musicians or scholars. Ambition pushes us toward realizing the goal we seek, even as we know that we may fall short of that goal. For a scholar, ambition is not the desire to outshine one’s contemporaries, but to play at the level of the greatest in the field.

Contentment is the virtue that distinguishes our achievement from our personal worth. Our worth and dignity come from God’s gracious “yes” spoken to us at every moment. We can add nothing to that essential truth through our frantic endeavors. Therefore contentment is the refusal to identify our worth with our accomplishments, giving us the freedom to play the game of life with freedom and spontaneity.

As you suggest, there is an inevitable tension between these two virtues. But it is a life-enhancing tension which, to go back to my answer to your first question, prevents ambition from becoming idolatry and contentment from becoming lethargy.

Be sure to read Johnson’s reflections from a long, fruitful, and fascinating career, The Mind in Another Place (Eerdmans, 2022). 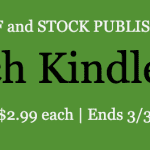 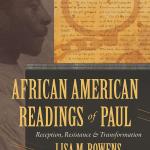 March 27, 2022 Eerdmans 2022 Spring Kindle Sale—My Picks
Recent Comments
0 | Leave a Comment
"How did you make your Accordance software look so sleek with that darker color? It ..."
Jen Why I Use Accordance Bible Software ..."
"According to Frankl and Ten Boon, perspective is everything. Logotherapy is part of existential and ..."
the old scribe My Students Challenged My Lecture…And I ..."
"I agree with your insight into the secular nature of the students’ questions. I think ..."
jeff q My Students Challenged My Lecture…And I ..."
"I devoured it in just a few days"
Nijay Gupta Interview with Dr. Luke Timothy Johnson ..."
Browse Our Archives
Related posts from Crux Sola: Formed by Scripture to Live like Christ