I asked my friend Shane Blackshear to share about his relationship with John Perkins and their new book, Go and Do: Nine Axioms on Peacemaking and Transformation From the Life of John Perkins. Read Shane’s reflections below and check out his book!

I know John Perkins. John Perkins, the civil rights leader, the minister, who was beaten and tortured by the Mississippi Highway Patrol and came out of the experience preaching the love of Christ and the power of a multi-ethnic church. I got to meet John when I interviewed him for my podcast, Seminary Dropout. We kept in touch after that. We’ve talked about it all: our families, politics, history, George Floyd, theology, the church, and Jesus. After a while, I began to notice patterns. Themes which I was only beginning to see emerge myself through a distant fog, John was describing vividly through his lived experience.

Most Christians that I know really want to be true peacemakers and see transformation in their own lives, their families, and their communities. The problem is we don’t know how or what that might look like. What I came to realize was that we all too often act as if we’re the first ones trying to answer these questions, when people like John have already mapped out ways forward.

Many times when Christians are awakened to God’s call to peacemaking and transformation, we can get transfixed on notions of “changing the world,” and we gravitate toward “big needs.” We drive across town to volunteer at the homeless shelter, we start a Bible study, or organize a food drive. None of these things are wrong, but too often we don’t see that the starting place of transformation is ourselves. This isn’t about putting ourselves above others, it’s about dealing with our own past and pain so that we don’t inflict new pain on those we’re trying to help. John has spent hours thinking and praying over his story; his family, the poverty he experienced in childhood, his brother’s murder, and the assault he suffered as an adult. This work isn’t just for people with interesting lives. While John’s life makes for a good story, mine is boring by comparison, and yet, I have to deal with my wounds, many self-inflicted, and false narratives about myself and the world …

After becoming a Christian, John traveled to minister to a prison camp. He was surprised to see that so many there were young Black men from the South. Systemic structures that land Black men in prison disproportionately to White men are well documented. John knew that another life was possible, but it required not simply a change in their individual choices, but societal change. Moved by his conviction that these men were made in the image of God, he would eventually move back to Mississippi to minister among the people there. John often repeats the phrase “You don’t give people dignity, you affirm it!” This is a pillar of his life’s work.

In all our conversations, John never made much about the fact that he moved his family from California back to Mississippi. Moving back to the segregated South was simply the cost of answering the call of ministry to the people there. Like Jesus, John’s faithfulness would eventually lead him to be beaten at the hands of authorities. Transformation and peacemaking sound great, but most American Christians are satisfied to follow Jesus only to a point, while maintaining the comfort that we’re accustomed to. John’s life showed me that the fruit of transformation and peacemaking only grows when we get on our knees and dig our hands into the soil.

This cost of John’s faithfulness, the cost of our faithfulness, can carry with it a toll on our minds and bodies. Faithfulness can put a target on our back, and the weight of all the wrongs committed against us will eat us from the inside out if we’re not careful. This is why forgiveness has been paramount in John’s life. In the face of hate and assault most of us will never see, John chose forgiveness. It wasn’t cheap forgiveness either. It’s wasn’t “stop being divisive” forgiveness or “don’t bring up the past” forgiveness. It was real. Real forgiveness allows, and perhaps requires, us to seek justice at the same time, because it’s not about simply letting someone off the hook or saying “the offense you committed wasn’t really all that bad.”

John didn’t have institutional power when he fought for civil rights. For those that don’t have that lever to pull, they must find other levers to enact change. People in the margins have much to teach the rest of us about creativity. I marveled at the stories John told me about marches, boycotts, and voter drives. His and Vera Mae’s (his wife was the mastermind behind one of their most notable boycotts) Christian imaginations were activated when political and violent means weren’t available. I have to wonder what the world would be if Christians activated this kind of imagination to transform the world as a normal means of operation.

John’s work in Mississippi was a laboratory of sorts. John and his cohort were the amateur social scientists that the world needs. What John calls the three “R’s” were birthed out of this laboratory. Today, there are all kinds of visceral responses to the concepts of redistribution, relocation, and reconciliation, but when you hear John tell of how they came to realize each of those concepts, you realize that they are all practical and profound. Even today, good models of community transformation are hard to find, but John helped pioneer a way forward.

Although “race” as we know it today wasn’t a concept in the Bible, ethnic divisions were an issue in the ancient world, in fact much of the New Testament was written to address how Jews and Gentiles should worship together as brothers and sisters. John took this to heart. One day, while talking about how churches were mostly segregated in America, John said to me, “if we’re going to be real, we would call that ‘sin’.” John has a deep conviction that the church is as it’s supposed to be when we are with each other, but diversity by itself is not the same as equity and justice. As some have noted — plantations were diverse.

One of the reasons it’s difficult for many churches to cultivate diverse spaces is because we don’t know our own history. In my conversations with John, I would sometimes have to keep a tab open to Wikipedia as he casually dropped historical references into conversations. From the Azusa Street revival, to Cabrini Green, to The Moynihan Report, John knew and understood how our history shapes who we are. I find this to be partly why so many of us white folks have such a difficult time wrapping their heads around systemic injustice. The history of how racism wrapped its claws around so much of American institutions is vastly unknown to many white people.

The legacy of John Perkins will be one of a man who preached and lived a holistic Gospel. John holds that the doctrine of salvation through faith in Jesus need not be at odds, and in fact, goes hand in hand with social justice. The image of God in every human being demands to be recognized and affirmed, and we must treat each other accordingly.

Shane Blackshear is the co-author of Go and Do: Nine Axioms on Peacemaking and Transformation From the Life of John Perkins, and hosts the podcast Seminary Dropout. Shane is on the pastoral team at Austin Mustard Seed. He lives with his wife, Kate, and their kids, Margot and Amos, in Austin, Texas. 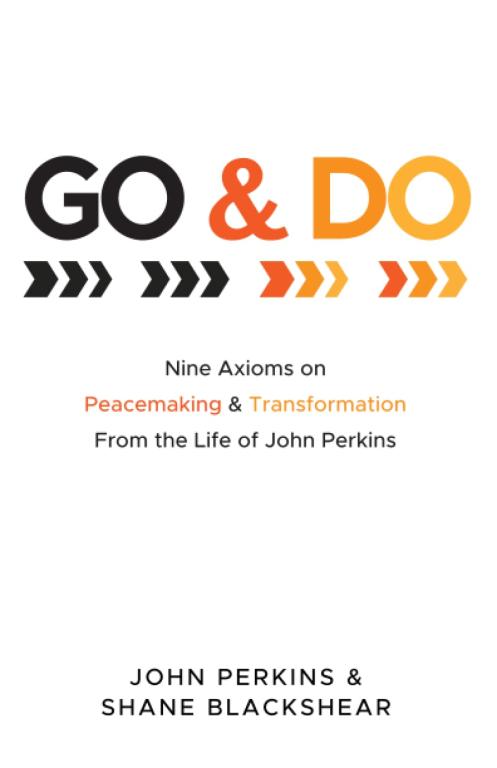 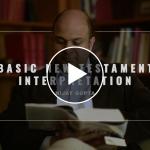 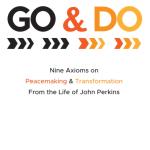 May 6, 2022
Recent Comments
0 | Leave a Comment
Browse Our Archives
Related posts from Crux Sola: Formed by Scripture to Live like Christ 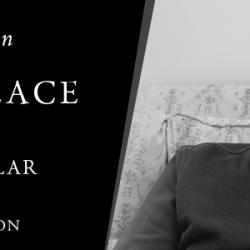