Divine Shepherd Christology in the Gospel of Matthew

What do you get when you cross a shepherd with Matthew’s Gospel? You get a unique window into Matthew’s view of Jesus of Nazareth.

Well-known Bible scholar Bart Ehrman says, “Within three hundred years Jesus went from being a Jewish apocalyptic prophet to being God himself, a member of the Trinity.”[1] Ehrman is definitely not the first scholar to argue against the traditional, Christian position that Jesus is God; but with the advent of social media he has perhaps become the most recognized proponent of this “Low Christology” view in biblical studies: that Jesus’ first followers never considered him to be God, but only a special, human spokesperson for God. Belief in the deity of Jesus merely developed over time and did not originate with Jesus nor with the first generation of Christians. My book, Divine Shepherd Christology, speaks to this historic debate occurring among New Testament scholars, and more broadly, among different segments of Christendom.

When I first started writing on the shepherd metaphor for my Ph.D. dissertation, I focused on the implications of Matthew’s shepherd motif for the so-called Parting of the Ways debate (the question of whether the early Christians departed Judaism and forever went their separate ways). When I began to write Divine Shepherd, the idea was to revise my dissertation to introduce evangelicals to the Parting of the Ways debate. But as I worked through the material again, I began to see something that I had not seen before. Matthew’s unique appropriation of the shepherd metaphor actually reveals a “High Christology”: for the Gospel writer, Jesus was not merely a divine-like spokesperson for God; rather, Jesus was the God of Israel incarnate. Why do I think Matthew’s shepherd motif points us in this direction?

To understand more fully Matthew’s shepherd motif, it’s necessary to study it against the backdrop of the shepherd metaphor in related texts: the Old Testament/Hebrew Bible, Second Temple Jewish writings (the so-called noncanonical Old Testament texts), and the New Testament. Each of these groups of authors appropriates the shepherd metaphor in very characteristic yet sometimes overlapping ways. The Hebrew Scriptures apply the metaphor to earthly rulers (such as kings) and to Yahweh. In the Hebrew Bible the shepherd metaphor is used with a fair bit of pastoral imagery, i.e., the shepherd leads, guides, rescues, pastures (etc.); and it also comes with overtones of Jewish-national restoration: it expresses concern for the political and/or spiritual welfare of the nation of Israel. Furthermore, the specific activity tied to shepherding is “ruling”: the shepherd rules; and when applied to Yahweh, Yahweh as shepherd “saves” his flock. Second Temple Jewish authors, for their part, largely follow the pattern set for them by the Scriptures: God is the ideal shepherd, to shepherd is to rule, and the metaphor is deployed with pastoral imagery. As for the New Testament, it routinely applies the metaphor to Jesus but usually without the stock pastoral imagery nor with overtones of Jewish-national restoration. Nor is the activity of shepherding restricted to ruling—these authors expand it to include teaching. So, where does Matthew’s shepherd motif fit into all of this?

We see a few different things going on with Matthew and his shepherd motif. While he, consonant with the other New Testament writers, applies the metaphor to Jesus as the Messiah, he stands quite apart from most of them in that he, like the Old Testament and Second Temple Jewish authors, associates “ruling” with the metaphor, and he also deploys it with pronounced pastoral imagery. As opposed to what we see with the New Testament, Matthew uses the metaphor with distinct Jewish-national overtones—similar to what is observed in the Scriptures and with Second Temple authors. In fact, Matthew’s important opening usage of the metaphor in the story of the magi, which draws a stark comparison between Jesus and King Herod, reveals a geopolitical dimension to Jesus’ shepherding/rule of Israel. Additionally, the Gospel writer attaches the activity of saving to shepherding—an activity reserved exclusively for Yahweh as shepherd in the Old Testament. Furthermore, quite apart from these other two groups of authors, Matthew never applies the term “shepherd” to earthly rulers or to assembly leaders. He reserves it strictly for Jesus—unlike with the other Christological titles that Matthew freely uses for both Jesus and for his followers. Only Jesus can be Israel’s “shepherd.” Because Jesus’ shepherding of Israel includes a geopolitical dimension, because he alone is called Israel’s “shepherd,” and because Matthew characterizes Jesus’ shepherding as “saving” Israel, when all of these strands are taken together, they demonstrate that Matthew believed that Jesus was not merely a divine-like spokesperson for God, but rather, Jesus was the Shepherding God of Israel.

My book concludes by engaging with the low-Christology–high-Christology debate. Critics tend to downplay Matthew’s high Christology by arguing, on the one hand, that the New Testament writers merely elevate Jesus in the same way that the authors in the biblical and Second Temple traditions elevated certain figures (like Adam, Moses, and others), who at times are depicted as being like God in some manner without in any way implying their divinity. Hence, just because Jesus does something that God does doesn’t mean that New Testament authors like Matthew thought he was God—but only that he was God’s representative on earth. By way of response, at least two things can be observed. On the one hand, these two notions are in fact completely compatible: Jesus is Yahweh’s divinely approved emissary precisely because he is Yahweh. On the other hand, what sets Matthew (et al.) apart from earlier “divine elevations” of human figures like a Moses is that Matthew’s Gospel is a Jesus-centric text. All the instances where the writer elevates him to divine/God status have to be synthesized with one another. Far from being merely a one-off—the way these kinds of elevations are in every single other biblical or Second Temple text in which they occur—Matthew’s story is all about Jesus. Necessarily, then, the various facets of his shepherd motif must be integrated with each other; and when they are, they produce his portrait of a divine shepherd.

[1] Bart Ehrman, Jesus, Interrupted: Revealing the Hidden Contradictions in the Bible (And Why We Don’t Know About Them) (New York: HarperOne, 2010). 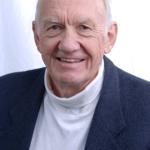 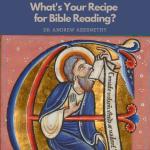 October 31, 2022 What's Your Recipe for Bible Reading? (Dr. Andrew Abernethy)
Recent Comments
0 | Leave a Comment
""He is Spirit and does not need a home, but you might say heaven and ..."
ed_dodds A Devoted Life: A Short Story ..."
"Great review. I’ve had mine for 6 months or so and absolutely love it. It’s ..."
Jack Lee Remarkable 2 (Paper Tablet) for Academics: ..."
"Has there been any exploration of keeping it alive as an open access journal? My ..."
James F. McGrath Journal for the Study of Paul ..."
"I believe that I have put together the best argument which refutes/defeats the supernatural claims ..."
Gary M Journal for the Study of Paul ..."
Browse Our Archives
Related posts from Crux Sola: Formed by Scripture to Live like Christ