My Road to Catholic Belief

My Road to Catholic Belief May 19, 2015 willduquette 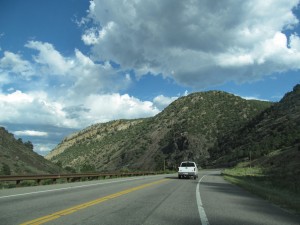 Last week I explained why there is no magic bullet for belief, no simple, straightforward argument that will compel belief in the Christian God.  This raises some questions: how do believers come to believe in Christianity?  And how can Christian belief be rational absent such proofs?

First, most Christians come to belief experientially.  Some are taught as children, and later reach out to accept what God has for them: they “taste and see that the Lord is good,” as scripture has it.  Others come as adults, drawn by longings or circumstances to investigate the goodness and beauty of God, and having discovered it grab on to it with joy.  As I noted last week Christianity is primarily about a person to know, rather than a set of propositions to prove and accept.  But God is truth, as well as goodness and beauty, and some few us are drawn to Him in that way, and seek to determine whether belief in God, and specifically in Christ, is in accord with reason.

This search takes different forms in different people.  C.S. Lewis was first convinced by reason that some kind of God existed, and only later came to believe that Christian orthodoxy held the truest description of God.  In my case I became convinced of the existence of God on experiential grounds when I was in high school, after a brief flirtation with atheism; I found God inconvenient, and was looking for reasons not to believe in Him.  (Please note: I don’t claim that atheists in general are in this situation; I’m only talking about me here.)  And then one evening at the peak of my pseudo-atheist career I heard a still small voice deep inside saying to me, “Will, you know very well that I’m here.  Are you going to admit it, or are you going to be in denial for the rest of your natural life?”  I don’t know whether that was God’s voice, or simply my own thoughts (and it’s quite possible that the answer is “both”), but on reflection I had to admit that yes, I did really believe that God existed and was the Lord of Creation, one who had the natural right to make demands of me.  As a result, I began to practice my faith intentionally.  But it was years later that I came to a full belief that God is a loving God; and it was decades later that I began to try to assemble everything into a coherent, rational structure in my mind.

It is a fact that Christianity, in the broad sense, encompasses many different notions of who God is.  There are many theologies on offer.  How is one to decide between them?

How does one decide whether any new system of thought is worth pursuing?  One doesn’t begin by taking it to pieces and rebuilding it brick by brick from the ground up, verifying that every step is logical and rational.  Rather, one first looks at the whole edifice and asks whether it fits with the other things one thinks one knows.  Does it flatly contradict them? Does it extend them in interesting ways?  Most likely it tallies here and contradicts there; and one decides whether there is sufficient reason to pursue it further.  And that’s when the real study begins, as you get to know it and see which bits don’t fit and try to resolve them.  Sometimes resolution is possible, and sometimes not.

In my case, I was always frustrated during my time as an Episcopalian by the wide variety of theologies in American Protestantism.  I have always believed that God is Truth; and that Truth is one.  Theology, in a sense, should be like Physics: if there’s anything it, knowledge should accumulate over time, and help to explain the world as we see it.  Yet in reading various books on religion and spirituality by Protestant authors I was never able to get a sense of that single intellectual foundation.  Every author seemed to start from a different place, and many of them flat out contradicted each other.  Eventually I was introduced to Reformed theology, which has a consistent foundation and a vast literature; but it was a foundation that flatly contradicted what I knew of the world and my own experiences with God, and I bounced.  That was the peak of my career as a Protestant; it was all downhill from there.

Somewhat later I began to investigate the claims and doctrine of the Catholic Church.  I started reading Catholic authors, and found exactly that general agreement on principles and doctrine that I was looking for.  They all seemed to be working from the same playbook, you might say, and it was a playbook that made sense and tallied with what I already knew.  More than that, it was a system of thought in which all of the other realms of human endeavor had their proper place, and that insisted that there was One Truth: not a truth of science and a truth of religion, each potentially in conflict with each other, but one universe, one creation, one God.  Science and religion ultimately could not be in conflict, because both are valid ways of knowing.

And that’s when I began to seriously look into the rational basis for Christian belief: after I had some reason to think I might know where to look.

May 18, 2015
Today's Aquinas: Natural Theology in a Nutshell
Next Post

May 20, 2015 Steven Pressfield: The Lion's Gate
Recent Comments
0 | Leave a Comment
"You should update your bookshelf page accordingly."
3vil5triker . In which the Blogger is Very ..."
"You need to change the "KS" photo. It's of KANSAS CITY, MISSOURI. It is not ..."
Nessy Meme Watch: Economic Bullsh*t
"This has been on my wish list for a while. Sounds like I need to ..."
Rebecca Fuentes The Apostasy That Wasn’t
"Is not the “splendor of heaven” the presence of God in all His glory, of ..."
jayne_wayne Splendor Fatigue
Browse Our Archives
get the latest from
Catholic
Sign up for our newsletter
POPULAR AT PATHEOS Catholic
1