A Collection of Mindfulness-ness (Updated!) 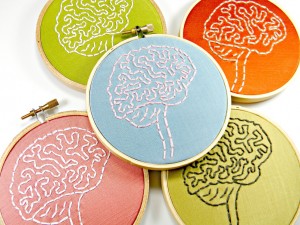 Recently I’ve been hearing quite a bit about mindfulness, most recently at Weight Watchers where we are encouraged to be mindful about the food we are eating.  A couple of weeks ago they gave us a “mindfulness exercise”, to wit, spending two minutes counting our breaths.  From what I’ve gathered, mindfulness involves quieting your thoughts and being aware and alert to your body and your environment.  As such, it’s a way of being present, of living in the moment; and apparently the goal is to start small and increase this mindfulness in all parts of life.

A caveat: I gather that mindfulness is a part of Eastern spirituality, and I’m sure that there’s more to it in that context than I’ve given above.  In this post I’m speaking of the layman’s view of mindfulness as it has percolated through the culture and into the life of yours truly.

I try to make sense of notions like this by seeing how they fit into my context; and in my context mindfulness would be opposed to being scattered, flitting from one thought to another, not focussing on any one thing in particular,and  completely unable to be still.  Being scattered is often part of life; if your work requires you to respond to random requests from hither, thither, and yon (as is the work of every stay-at-home mom I know) then it’s no wonder if you are scattered a good bit of the time.

It’s possible to survive for long periods of time while scattered, but it’s not pleasant (at least, not to me).

But in Catholic spirituality the usual opposite to being scattered isn’t mindfulness, an intense focus on the moment with the aim of quieting the mind, but collection, mind and body working together to focus on God.  And ideally one would perform all one’s tasks, both physical and intellectual, while remaining collected.

In my day job, I’m a software engineer.  I spend large intervals of time sitting at a computer, focussed on a single task.  If I am scattered, I can’t do my job well; it requires focus.  If I were to attempt mindfulness while programming I’d be focussing on the colors of the pixels on the screen and the feel of the keys under my fingers and the sounds of my co-workers, and again I’d have trouble doing my job.  When I’m at my most productive, I can have hours vanish.  To do this work I must be collected, in a general sense, though not necessarily collected to God.

But not necessarily not collected to God either.  I can bring God along as I sit down to work; I can offer up the work I do for my employer to God, and do it to His glory.

In short, mindfulness seems like a nice place to visit on my way from being scattered to being collected, but I wouldn’t want to live there.

Update: Dr. Greg Popcak has taken the ball and run with it, giving a psychologist’s view of mindfulness. There’s clearly more to it than the layman’s grapevine trickle-down view of mindfulness I describe above, though I’m not at all sure that most people I’ve heard use the term mean everything by it that Dr. Greg does.

Also, I’d quibble a bit with his words, “…he has some concerns that mindfulness may not be completely consistent with Catholic spirituality…”. My point was that mindfulness, as I’d seen it discussed, seemed to me to be the first step toward collection: a place to start, not a place to finish. 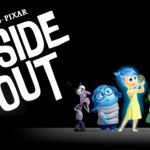