The unexpected secret to a happy marriage 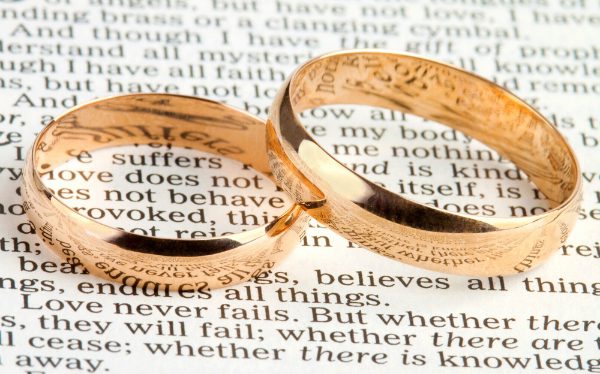 I just had lunch with my friend, Tommy. He recently officiated a wedding for a young couple and right before the wedding ceremony began, he told them the “secret” to beautiful marriage. He told me what he told them. I’ve been researching marriage and collecting marriage advice for years, but I’ve NEVER thought of what Tommy was about to say. His simple insight is some of the most profound marriage wisdom I’ve heard, so I wanted to immediately pass it along to you.

Tommy’s insight was based on what the Bible says about marriage and about life. The Book of Proverbs says that finding a wife of noble character is like finding priceless jewels. Jesus later said that if a man finds a valuable jewel buried in a field, he would be wise to sell all that he had to acquire that field and mine for the treasure within it.

Based on these Bible passages and a few other Scriptures related to marriage, my friend wisely surmised that marriage is much like a treasure hunt. The husband and wife each have a unique role in this quest:

The role of the husband is to continuously pursue his bride. He must treat her with affection and respect as the priceless treasure that she is. He should bring out her inner beauty through his words and his actions. Like the wise man who sold all he had to acquire the treasure, a wise husband should be willing to continuously and selflessly sacrifice for his wife recognizing that her partnership is of far greater value than any other pursuit or possession.

The role of the wife is to always remain that precious “jewel” her husband first pursued. She must continuously grow in areas of true value such as faith, compassion, character and discipline. She should make effort to enhance her outer beauty, but because outer beauty fades, she should make considerably more effort to develop the traits of inner beauty.

The most difficult part of these marriage responsibilities is that the husband must continuously pursue and love his wife even when she’s not being lovable and the wife must continuously support and respect her husband even when he’s not being respectable. They must choose to give their best even when the other spouse is at his or her worst. They must strive to bring out the best in each other with selfless love, relentless faith and unshakable commitment. If both spouses will do this, the marriage can survive ANY storm and thrive for a lifetime.

For more tools to help you build a stronger marriage, please check out our new program for couples at FightingForMyMarriage.com.

IF THIS HELPED YOU, PLEASE SHARE IT USING THE LINKS BELOW SO WE CAN HELP OTHERS TOO.

August 2, 2016
The big business of "Mistress Dispellers"
Next Post

August 4, 2016 The 9 forms of infidelity
Recent Comments
0 | Leave a Comment
"My fiancee was always trying keep little secrets from me. I have tried everything possible ..."
lileta9360@era7mail.com cheating or pulling away, or at ..."
"Some might agree some may not, at the end of the day we are just ..."
Alf Eugenio Is Oral Sex a Sin?
"This is a sensitive topic ( for conservative ) and ( conservative cultures like what ..."
Alf Eugenio Is Oral Sex a Sin?
"I am writing this comment with tears of joy. My marriage fell apart after 6 ..."
victoria Joe 4 things God wants you to ..."
Browse Our Archives
Follow Us!

6 Effective Ways to Apologize to...
Terry Gaspard
Books by This Author Books by Dave Willis