Why Pope Francis believes your marriage might be invalid

Why Pope Francis believes your marriage might be invalid June 17, 2016 Dave Willis

Pope Francis recently made a simple comment about the state of modern marriages which sent shock waves around the globe and instantly became a trending topic online. He was responding to a question at a conference and he launched into a lament about our culture’s devaluing of commitments and consequently, a crisis in marriages. In his own words, he said…

Taken out of context, I don’t know what the Pope’s intended message here may have been. I certainly don’t agree that most marriages are “invalid;” but on some level, I wholeheartedly agree that there is a crisis in modern marriages. We’ve lost sight of true commitment. We’ve trivialized the sacredness of marriage. As a society, we’ve settled for something less than the sacred, beautiful, lifelong gift marriage is intended to be. For more on this, please check out the 8 reasons modern marriage isn’t working (by clicking here).

For more insight on what the Bible actually says about love, sex, marriage and relationships, check out my bestselling book, The Seven Laws of Love: Essential Principles for Building Stronger Relationships. 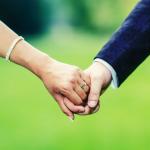 June 20, 2016 4 marriage secrets from a couple married for 78 years (and counting)
Recent Comments
0 | Leave a Comment
"Hope you figured that one out. If so, how???My mother absolutely hates my wife. She ..."
Kyle 4 things to do when your ..."
"Astonishing Service. I highly recommend to anyone in need of an hacker or PI"
Koun Six warning signs of a "drifting" ..."
"Do you need concrete cheating proof without physical access to your spouse or partner’s phone?PeePee ..."
Rotem Six warning signs of a "drifting" ..."
"Wow, so many phone hackers and no relationship hackers... what great opportunity for coaches and ..."
Daniel Ganea The 12 Forms of Infidelity in ..."
Browse Our Archives
get the latest from
Family
Sign up for our newsletter
POPULAR AT PATHEOS Family
1