Want to know why Democrats lost the election? They pardon domestic terrorists

The Democratic Party has flown the coop. Through its policies and policy makers, the Left has abandoned the core values of what America was founded upon.

The latest atrocity committed by a top Democratic leader is evidence enough that they don’t deserve the powerful positions they occupy, and American voters are going to continue picking them off one by one inside the voting booth if they don’t stop cuddling up to the worst of the worst.

It was on New Year’s Eve 2016 when New York Gov. Andrew Cuomo’s “gullible bleeding heart” pardoned a jailed domestic terrorist responsible for the deaths of three law enforcement officers. Judith Clark was a member of the radical Communist group the Weather Underground led by Obama mentor Bill Ayers. In 1981, she helped carry out an armored truck heist of $1.6 million with the Black Liberation Army which turned violent, ending in the deaths of two police officers and the Brinks security guard. (One of the slain officers, Waverly Brown, was the first black man on the Nyack police force.)

Though she didn’t pull the trigger, Clark, then 32, drove the getaway car and was armed with a 9mm handgun, which she was reaching for when police took her into custody. When the Weather Underground wasn’t killing cops, they were bombing federal buildings and declaring war on the United States government.

But according to Cuomo, thirty-five years in prison is long enough to be only an “accessory” to a crime for someone who “did not pull a trigger.” So, he pardoned her after determining she had “transformed” herself during her sentence.

Here’s a question for the governor: Can the officers killed in this incident get a pardon for the way they were executed without due process by these creeps? Of course not. It’s too late for them to get any justice and releasing Clark is a slap in the face to their still-grieving families. (Just like it was when the other female revolutionaries charged in the Brinks robbery were released years ago by “an equally gullible parole board,” as The New York Post said.)

Parole isn’t the only benefit Clark received. She got a tuition-free education while behind bars, along with a warm bed and three squares a day thanks to law-abiding taxpayers. Plus, she became a liberal media darling for counseling her prison pals. Again I ask: Are there any benefits like these for the families of Officer Brown, Sergeant Edward O’Grady, or Brinks security guard Peter Paige?

As disgusting as Cuomo’s pardon is, the Left still hasn’t reached the limits of their far-left margins as to how far they’re willing to go outside American values. They continue to cuddle up to violent criminals and then wonder why mainstream America nationally handed them their asses on November 9 with a general election landslide for Donald Trump who vowed to Make America Safe Again.

The white voters in flyover country — the ones that the Democrats left behind — will be reassured that they voted correctly after reading this. 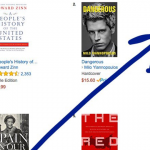 January 6, 2017
My book, "Cop Under Fire," surprised me by doing THIS yesterday on Amazon
Next Post 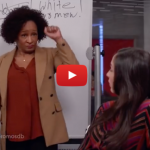 January 9, 2017 “Black-ish” ad during NFL game calls Trump fans “racist” - shouldn't that be "African-American-ish?"
Recent Comments
8 Comments | Leave a Comment
Browse Our Archives
get the latest from
Politics Red
Sign up for our newsletter
POPULAR AT PATHEOS Politics Red
1