The humbling experience of being an EMHC

After the recent decision in Phoenix, cutting back on distributing the Precious Blood at communion, there’s been a lot of discussion about whether Extraordinary Ministers of Holy Communion (EMHCs) are really all that necessary or helpful.

My neighbor in Patheosian bloggery, the great Max Lindenman, has some thoughts:

Serving as an EM, like manning a soup kitchen, is an enriching experience. But the enrichment is of a very different type. I’ve only done it a few times — at my old parish, I was a second-stringer, called up when one of the regulars flaked — but on each of those occasions, I was struck by how transformed all the recipients looked. Awe and anticipation had erased everything petty or silly from their faces, and teased out everything good and fine and noble. Even the people I knew well looked like strangers — strangers I was sorry I hadn’t met.

I gather it’s become conventional wisdom to say the opposite — that most communicants behave on the receiving line like barbarous Unitarians, clipping their nails, sending text messages, or changing their tampons. Maybe they look that way from the side, to someone studiously comparing their conduct to his own (which is above reproach, natch). Faced head-on, the picture is very different.

At most of the other parishes I’ve attended, the EMs tend to be senior citizens. This is good for two reasons. First, once they reach a certain age, most people develop a grandfatherly or -motherly touch; they won’t thrust the Sacrament at a communicant like they’re stamping his hand in front of a club. Second, EM-ing is low-intensity work. It’s something of the greatest importance that senior citizens can do without straining themselves. Not all people were blessed with the constitution required to catechize the !Kung or take dives in front of Israeli bulldozers.

UPDATE: Evidently, some people don’t get the message.  Kindly refrain from deciding — and then stating in the comments — that most of those who receive communion are in a state of mortal sin.  I’m serious, folks.  I won’t tolerate that kind of crap.  Comments here are now closed. 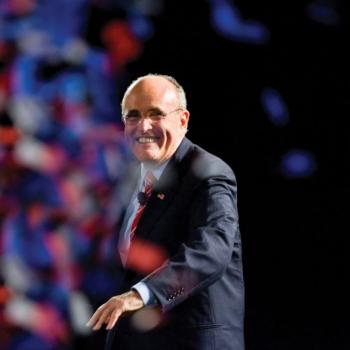 Are you happy with your local parish? and...
Regular readers will by now be used to the fact that I...
view all Catholic blogs
What Are Your Thoughts?leave a comment

32 responses to “The humbling experience of being an EMHC”