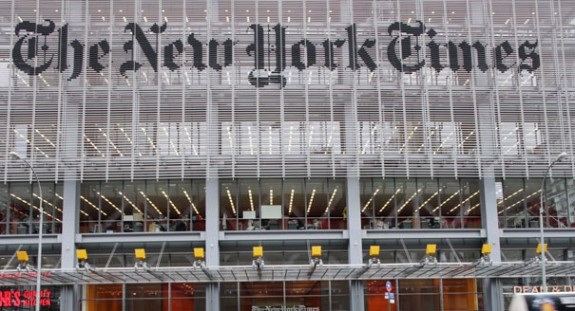 This just in: dog bites man.

In other news, someone is suggesting that the New York Times is biased:

Arthur Brisbane, the departing public editor at the New York Times, has accused the paper of having a progressive bias, even as he champions its disciplined approach to fair and balanced reporting.

“When The Times covers a national presidential campaign, I have found that the lead editors and reporters are disciplined about enforcing fairness and balance, and usually succeed in doing so,” Brisbane writes in his final column. “Across the paper’s many departments, though, so many share a kind of political and cultural progressivism — for lack of a better term — that this worldview virtually bleeds through the fabric of The Times.”

“As a result, developments like the Occupy movement and gay marriage seem almost to erupt in The Times, overloved and undermanaged, more like causes than news subjects,” he continues.

Brisbane’s parting shot — a rare instance in which the paper of record has been accused of bias, and championing causes, from the inside — comes at the end of his two-year tenure as public editor, during which he was tasked with critiquing the paper’s reporting. (Margaret Sullivan, the former editor of the Buffalo News, takes over next week.) Brisbane also writes that the paper is “hardly transparent,” despite efforts to increase transparency.

“In our newsroom we are always conscious that the way we view an issue in New York is not necessarily the way it is viewed in the rest of the country or world. I disagree with Mr. Brisbane’s sweeping conclusions,” Abramson told POLITICO Saturday night.

“I agree with another past public editor, Dan Okrent, and my predecessor as executive editor, Bill Keller, that in covering some social and cultural issues, the Times sometimes reflects its urban and cosmopolitan base,” she continued. “But I also often quote, including in talks with Mr. Brisbane, another executive editor, Abe Rosenthal, who wanted to be remembered for keeping ‘the paper straight.’ That’s essential.”

Of course!  It’s the “urban and cosmopolitan base.”  Which means, evidently, it’s the readers’ fault.

Or maybe it’s the fact that the paper publishes from a remote and inaccessible island…?

August 28, 2012 BREAKING: Dolan to pray at Democratic convention
Browse Our Archives
get the latest from
Catholic
Sign up for our newsletter
POPULAR AT PATHEOS Catholic
1 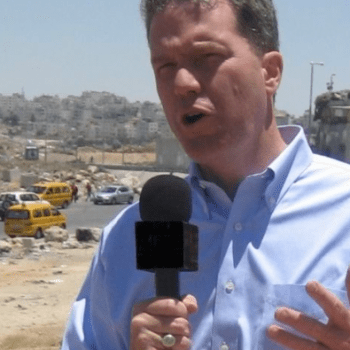