“I have never met anyone who has regretted seeking an annulment…”

“I have never met anyone who has regretted seeking an annulment…” December 3, 2013 Deacon Greg Kandra 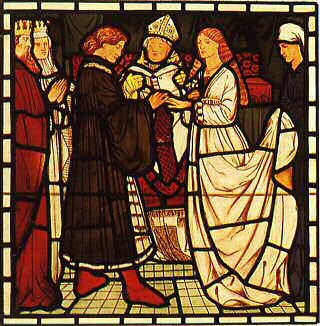 Elizabeth Scalia has some thoughtful — and especially timely—words this morning on the subject of annulment reform:

Compassionate instincts aside, no serious Catholic should want (or expect) to see an erosion of our teachings, particularly as regards a sacrament instituted by Christ and definitively pronounced in scripture. At the same time, however, our brothers and sisters–standing in need of healing, community and the unique spiritual nourishment that may only be found within the Holy Eucharist–remain outside our doors, either confused about what it takes to come through them, or convinced that they will be hounded out as unwelcome.

The confusion and uncertainly arises partly from poor instruction; despite forty years of Pre-Cana classes, many priests and pastoral assistants (and even bloggers) know Catholics who think their divorce has automatically excommunicated them—that even without remarriage they are unwelcome in the communion line or the pew.

The purpose and value of annulment is also misunderstood. Meant to determine whether issues of honesty, maturity, or character defect could have intruded upon the sacramental rite, thus rendering it void, an annulment can also be a grace-filled vehicle for self-examination and healing; some credit the process with helping them identify unhealthy relationship patterns before they are repeated.

I have never met anyone who has regretted seeking an annulment, but many divorced-and-remarried Catholics nevertheless believe they are difficult to obtain, costly, time-consuming, and personally intrusive. For some, the idea of having to re-engage with their former spouse is so painfully repellent that it seems a cruelty inconsistent with the mercies of Christ, unendurable, even for the consolation of Communion.

That last indicates a deficient understanding of the Eucharist. Coupled, perhaps, with an underwhelming experience of the mass and a poorly formed sense of Christ’s presence amid our sufferings, it all adds up to a failure of instruction and catechesis for which the Institutional Church must accept a deal of blame. If the sheep are unable to recognize the reality of the Good Shepherd made Present before them, it is up to those charged with their care and feeding to rescue them from their wanderings and correct their course, but with gentleness, acknowledging how their own negligence contributed to the scattering.

Just the other day, I got an email from a spouse in one of my annulment cases; I’d filed his paperwork nearly a year ago and he was wondering if there was any news.  The Tribunal told me that he would probably be scheduled for his court appearance in February or March.  It may be another few months before his case is resolved.  This isn’t unusual; it can take up to 18 months, sometimes longer, for an annulment to be finalized. It’s difficult, time-consuming and often emotionally and psychologically painful. There’s a lot of picking at old scabs.

It’s not surprising, then, that about 90% of the the people who contact me about beginning the annulment process never follow through. They just give up. What begins as an earnest effort at seeking closure and moving on often becomes an arduous death march, trudging through bad memories to find elusive documents, contact estranged relatives and unearth long-buried animosities.

However: many who successfully complete the process report that it was worth it. They found it ultimately constructive, even therapeutic.

But it ain’t easy. You have to really want it, and have to be committed to seeing it through. I’m not sure a lot of Catholics appreciate the value behind the process (just as a lot evidently don’t appreciate the value of being married in the Catholic Church, and so decide to sidestep the whole marriage prep process, in favor of throwing a party at a catering hall.)  There’s no question we should simplify the process and, as the pope has indicated, explore ways to bring the divorced and remarried back to the communion rail.  (Just how we can do that is something beyond my competence. That’s why God made canon lawyers.)

But I also think there’s value in giving the matter of an annulment time and effort and sacrifice.

More and more, it seems, we want what we want, when we want it, the way we want it. Perhaps we’ve lost an appreciation for the exquisite discipline of patience—which can, I think, become a kind of prayer.  There is much to be said for the humble perseverance of waiting.

Now that I think of it: isn’t that at the heart of Advent?

December 3, 2013 Shadows and light: you have to see these amazing sculptures
Browse Our Archives
get the latest from
Catholic
Sign up for our newsletter
POPULAR AT PATHEOS Catholic
1