We are committed to publishing a diversity of views on a variety of topics. Jamie Stiehm’s piece is within the bounds of fair commentary. We have run letters rebutting the piece and will continue to feature a diversity of opinions on this topic and others.

Oh.  Glad they cleared that up. We will eagerly await, then, thoughtful and penetrating essays in the pages of U.S. News & World Report that belittle Jews, mock Muslims, sneer at African Americans, taunt gays and deride any chosen ethnic, racial or religious minority.

If America is headed — as I believe she is — to a more statist, over-controlled place, then someone in the press was going to have to begin identifying the officially unacceptable people, so the rest of the country could start falling in line (or standing in them), convinced that they know who the real enemy is. I would have laid odds on the New York Times getting to it first, but then U.S. News always has always had an upstart vibe to them.

Still, if I’m surprised by the outlet, I always knew that the acceptable enemy would, in the end, be the Catholics. To paraphrasae Luther, we stand where we stand, and can do no other.

Elizabeth does a good job of dissecting what is wrong with the U.S. News response—which, it should be noted, more or less says “We can publish what we want. So there.” Beyond weak, this is cowardly. They take no responsibility for the offense generated by the piece, or the inherent bigotry it invokes. They seem unfazed that their once-esteemed publication has become a platform for hate speech. It’s our problem, I guess, not theirs.

Once, credible news media felt a moral obligation to inform, educate, expose and illuminate. Sometimes, they did it with courage. Occasionally, it gave rise to greatness.

Now, mediocrity sells, and bigotry is big box office. That sound you hear is journalistic standards, going down the drain. (Does U.S. News even have a standards & practices guide? Does anyone care?)

For reference, the staff might want to take a gander at the Associated Press Stylebook and Libel Manual, which has this to say about fair comment (from Hoeppner v. Dunkirk Pr. Co.):

“Everyone has a right to comment on matters of public interest and concern, provided they do so fairly and with an honest purpose. Such comments or criticism are not libelous, however severe in their terms, unless they are written maliciously.”

Malice, it seems, is in the eye of the beholder.

I would just add this: where do they draw the line? At what point does “fair comment” become, in their eyes, unfair? When do they say “Enough”?

As part of the U.S. News & World Report editorial policy, it is clearly acceptable for a writer on their site to denigrate, insult, and mock an entire class of people, purely because of their religion.

How much further do they intend to go?

It will be illuminating, and depressing, to find out.

UPDATE: A reader alerted me to this piece from Time in 2010, which also managed to offend readers with its depiction of Indian immigrants in Edison, N.J.

We sincerely regret that any of our readers were upset by this humor column of Joel Stein’s. It was in no way intended to cause offense.

I truly feel stomach-sick that I hurt so many people. I was trying to explain how, as someone who believes that immigration has enriched American life and my hometown in particular, I was shocked that I could feel a tiny bit uncomfortable with my changing town when I went to visit it. If we could understand that reaction, we’d be better equipped to debate people on the other side of the immigration issue.

January 12, 2014 Pope Francis announces names of 19 new cardinals
Browse Our Archives
get the latest from
Catholic
Sign up for our newsletter
POPULAR AT PATHEOS Catholic
1 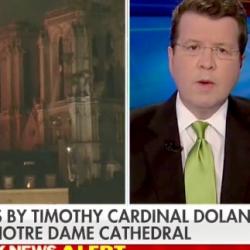 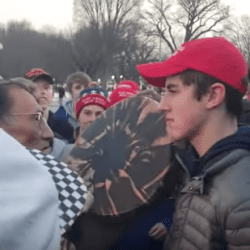 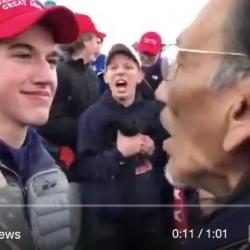