“The normal Catholic response to sin is repentance and Confession, not loss of employment…”

“The normal Catholic response to sin is repentance and Confession, not loss of employment…” February 6, 2014 Deacon Greg Kandra 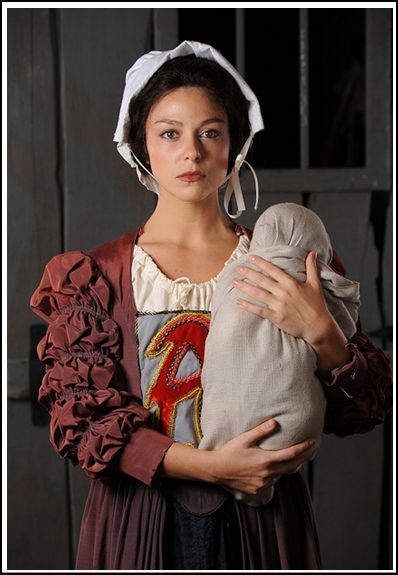 “The normal Catholic response to sin, per se, is repentance and Confession, not loss of employment. A woman comes to the sacrament and confesses embezzlement. A priest will advise restitution, but he will not say “You must resign your job.” One can be truly repentant of most sins (including, one might surmise, of sins among the oldest in history) without suffering drastic temporal consequences for them. Especially where such consequences might serve as an inducement to avoid them by comitting still greater sins.

To be sure, this case as reported is distinguishable from, say, a single woman who, wanting to have a baby, is impregnated artificially; in such a case, the pregnancy seems to be an on-going statement that the human consortium of sex in marriage is optional and thus the affront offered to Church teaching (indeed, to natural law) would be more serious than that caused by what could have been the nine-month biological result of a fleeting moral weakness; likewise, a teacher in a proclaimed (say by a marriage license or public announcement) homosexual relationship; or for that matter if single teacher walks into her Catholic grade school class and says “Good morning boys and girls, I’m not married and I got pregnant and I don’t care what those crotchety old men in the Vatican say about it” yaddah yaddah yaddah, yes, those kinds of behaviors warrant a more aggressive response.

But outside of such cases . . . well, I think, the school has a rather harder sell to make.”

“I have another suggestion: you could just NOT fire her.  The school has the option of not enforcing the contractual term in this particular case.  It should consider exercising that option…

I think the message that firing this teacher conveys to the students is that they, too, are subject to being “fired” from the Catholic community if they misbehave in any way. After all, the little school is probably the main Catholic community they’ve known.  For all the talk of love and understanding and forgiveness, in the end, it is a hard and abstract contractual provision–a sign of willing, not being–that counts the most. For all the talk of a rich and humble inner life, it is a wholesome appearance that matters most. (And they all know–we all know–people who appear beautiful and holy who are in fact deeply corrupt–c.f. Legion of Christ.)

And I would think that many students, and even many parents, might exercise their own wills and walk away from all this–not necessarily the morality, but the perceived meanness.  Eduardo recently raised a similar issue, involving the firing of a vice principal of a Catholic school, who married another man. generating a firestorm of protest from the students.

It’s probably not lost on the students or parents that sexual issues are the only issues that are enforced under the morals clause.  Now, I’m not saying that you should fire a teacher for driving a Mercedes.  But part of the message that the firings may be communicating is that sexual morality is important (a firing offense) and everything else, well, not so much. Is that really the message that these dioceses wish to convey?”

“There is another way to interpret scandal within the community and this begins with recognizing the centrality of human dignity. If our starting point is the inherent and inviolable value of every human person, then we interpret scandal a little differently. Beginning with human dignity does not discard law—but it does demand that we look at questions of sexual transgression and pregnancy differently. When one begins with human dignity, then pregnancy itself can never be reduced to sin. The inherent value of the imago dei, equally present in all human persons, is not dependent upon the circumstances of conception. Neither is the dignity of the woman.

If we begin with human dignity, then this teacher’s status as an unwed mother is not her primary identity—she is simply a mother. Without embracing or condoning premarital sex, beginning with human dignity means refusing to denigrate the life and dignity of either the child or the mother because of the circumstances of conception. If we begin with human dignity, then the expulsion and abandonment of a pregnant woman and her child causes deep and profound scandal in the community. Who are we as a Catholic community if we do not welcome and support life?

As a Catholic community, we need to think long and hard—because we can either hold that human dignity and life are what is most important or we can hold that the letter of the  law and sexual purity are what matter most. They cannot value both equally, because when they come into conflict, we must choose one over the other. If we are a pro-life church, then how do we justify expelling a pregnant woman from the community?”

February 6, 2014 A man on Death Row remembers Fr. Austin, "a priest to call our own"
Browse Our Archives
get the latest from
Catholic
Sign up for our newsletter
POPULAR AT PATHEOS Catholic
1