“This is not a witch hunt”: Oakland bishop to meet with teachers over controversial new contract

“This is not a witch hunt”: Oakland bishop to meet with teachers over controversial new contract May 10, 2014 Deacon Greg Kandra

You may remember  that Oakland teachers are being required to sign a new contract similar to one in Hawaii and Cincinnati, requiring them to “model behavior in conformity with the teaching of the Roman Catholic faith.”

That hasn’t gone over well with some in Oakland:

Tim Newman, who has taught science at Bishop O’Dowd High School in Oakland for 23 years, says some of his colleagues won’t sign a contract forcing them to be disingenuous. Others worry the contract gives the diocese a reason to discipline them for actions outside the classroom.

“I will lose good teachers in my department,” he said. 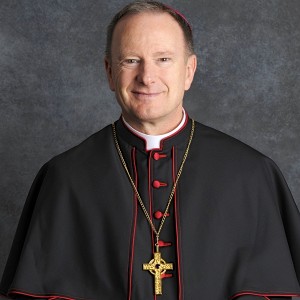 Diocese spokesman Mike Brown said “this is not a witch hunt.” He said the new language is an attempt by Oakland Bishop Michael Barber, who took over last year, to “be more clear about the contract.”

“It simply states what was inferred before from a new bishop’s perspective,” Brown said. “There is no list of behaviors from this diocese.”

In California, earlier this year Santa Rosa Bishop Robert Vasa tried to require educators to sign a morality clause that described contraception, abortion and gay marriage as “modern errors” that “gravely offend human dignity.” In March, the Santa Rosa Press Democrat reported that Vasa included the language to avoid legal challenges from teachers who were fired for conduct that contradicts Catholic teaching. He later backed down from the proposal.

The contract in San Francisco’s Catholic schools requires educators “not to engage in conduct contrary to such (Catholic) principles in the course of Teacher’s academic or personal life.”

And late Friday, there was this development:

Oakland Bishop Michael Barber agreed to sit down with teachers from at least three high schools — St. Joseph Notre Dame and St. Elizabeth and Bishop O’Dowd — to explain the intent of the new contract language.

Assemblywoman Nancy Skinner, D-Berkeley, called a press conference Friday morning in reaction to our story, calling the new clause in the contract “hateful.” As a Catholic, former Catholic school student and the mother of a gay child, the issue hit Skinner personally.

She worried about teachers who face an ethical dilemma: Don’t sign the contract and risk losing their job or be less than truthful and sign it. She wrote a letter to Barber Friday expressing her concerns.

“I feel for these teachers who are facing a sort of double jeopardy,” Skinner said. “I hope the bishop reconsiders what he is asking them to do.”

On Friday night, O’Dowd students were planning to out leaflets protesting the new language outside a performance on campus of “The Laramie Project,” a play based on the murder of University of Wyoming student Matthew Shepard, who was gay.

Late Friday, O’Dowd administrators sent a note to parents saying that they had met with Barber and “it is clear that there has been a great misunderstanding about the intent of the new contract language.” The note, signed by school president Steve Phelps and principal Pam Shay, said that no educators had been “released from employment” because of the new contract language.

May 10, 2014 No, this picture isn't scandalous
Browse Our Archives
get the latest from
Catholic
Sign up for our newsletter
POPULAR AT PATHEOS Catholic
1