Vatican responds to “Exorcist” author on Georgetown: “Your communications constitute a well-founded complaint” 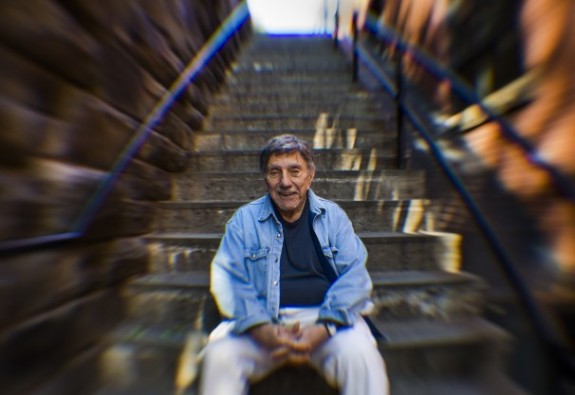 The author of the thriller “The Exorcist” says he has new hope he has put the fear of God in Georgetown University.

William Peter Blatty, a Georgetown graduate, submitted to the Vatican last fall a petition with some 2,000 signatures calling for the school to be stripped of the labels Catholic and Jesuit. The petition said neither the faculty nor the student body were sufficiently Catholic, and Blatty complained that the school had invited to speak then-Health and Human Services Secretary Kathleen Sebelius, a supporter of abortion rights.

The Vatican’s response has apparently given Blatty hope.

On Monday, the National Catholic Register reported that the head of the Vatican’s Congregation for Catholic Education responded to Blatty.

“Your communications to this Dicastery in the matter of Georgetown University . . . constitute a well-founded complaint,” wrote Archbishop Angelo Zani, according to the Register. “Our Congregation is taking the issue seriously, and is cooperating with the Society of Jesus in this regard.”

In an April 4 letter, Archbishop Angelo Vincenzo Zani, the secretary of the Congregation for Catholic Education, stated that technical impediments prevented the department from granting the petitioners’ request for “hierarchic recourse.”

But Archbishop Zani offered hope that the Vatican would pursue the matter further.

“Your communications to this dicastery in the matter of Georgetown University … constitute a well-founded complaint,” wrote Archbishop Zani. “Our congregation is taking the issue seriously and is cooperating with the Society of Jesus in this regard.”

However, Blatty remains optimistic that his ultimate goal — the revival and strengthening of Georgetown’s Catholic identity — will gain traction as the Holy See’s talks with the Society of Jesus move forward.

“I am deeply gratified that the prayers of my 2,000 fellow petitioners have been answered,” Blatty told the Register.

“There is still more work to be done, and I promise them that we will persevere.”

Blatty contacted the Register to report this new development, and his legal adviser, Manuel Miranda, pointed to Archbishop Zani’s letter as a positive first step in what would likely be a lengthy process.

“We looked to the law of the Church, and we applied the facts. The Vatican has accepted our complaint as well-founded.”

May 13, 2014
Report: Military association plans to ask for atheist chaplains
Next Post

May 14, 2014 A great night in Brooklyn: dedicating the Co-Cathedral of St. Joseph
Browse Our Archives
get the latest from
Catholic
Sign up for our newsletter
POPULAR AT PATHEOS Catholic
1