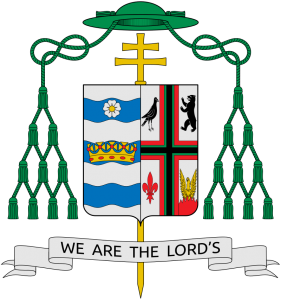 At Christ The King’s midday Mass Wednesday, there was a sense of peace that transcended all negativity surrounding the Archbishop’s once lavish lifestyle in Buckhead.

“It was a strategic mistake that perhaps I should have seen in advance,” Atlanta Archbishop Wilton Gregory said.

Gregory told CBS46’s Scott Light exclusively last July that he moved into this mansion under Pope Benedict and had to backtrack under Francis, a more frugal leader.

“I failed to understand what an impact it might have on other people,” Gregory said.

Gregory said he learned from his mistake and promised to sell the home. Last November, he did just that. The archdiocese sold the Buckhead mansion for $2.6 million. Gregory then moved into a Smyrna home for $440,000 in comparison.

“I think it’s great, he’s definitely a man of his word. He said he wanted to do what the people wanted him to do and if the people said they wanted him to move out of that house and into a smaller house he did,” Catholic parishioner Meghan Austin said.

UPDATE: The Archbishop wrote about this recently in his column for the Georgia Bulletin.

You should know that the Archdiocese sold the residence on Habersham Road for $2.6 million in late November 2014. Prior to that, last May we purchased a private house to serve as the archbishop’s residence in a subdivision not far from the Chancery in Smyrna for $440,000, and I have been living there ever since.

I am no longer able to host the types of large receptions at my home that I once did, but I have been regularly reminded by the people who enjoy attending those gatherings that they do so for the company, as do I, and not for the venue. Those events are now held at our Chancery, which is attractively constructed and appointed for such hospitality by using many of the items from the West Wesley residence.

During these past months I have received many warm and thoughtful expressions of support for me and for the actions that I took to resolve this situation. I cannot thank those wonderful people enough for their kindness and all of our folks for their ongoing support of the works of ministry and service both on the parish and archdiocesan levels. In fact, in spite of this controversy, our Archbishop’s Annual Appeal achieved its greatest success this past year—truly a tribute to the people in every community.

I stand recommitted by your confidence to continue to apply the lessons learned over the past twelve months to my life and ministry in our Archdiocese of Atlanta. I have been challenged in new ways by an increased level of candor and honesty in conversations with my staff and consultative groups, a frankness that—had I more actively sought and recognized it—might have prevented the situation last spring.

I rely on these lessons and even more on your prayers, as I consider the future of our Archdiocese of Atlanta, a future we have worked on together over the past 18 months in articulating the Archdiocesan Pastoral Plan that will guide this local Church for the next five years.

March 12, 2015
Francis names a Franciscan for Lexington — and one involved in deacon formation
Next Post

March 12, 2015 Knights of Columbus responds: "The State Council deeply regrets the violation of policy..."
Browse Our Archives
Related posts from The Deacon's Bench