Catholic college board votes unanimously to decline federal funds: “Our Catholic identity might be further in danger”

Wyoming Catholic College, a Catholic university founded in 2005 in Lander, announced in late February that it “shall not participate in federal student loan programs.” 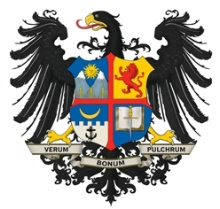 The decision came after months of analysis and deliberations by the college and its board of directors.

“While the financial benefits are undeniable,” said a news release, “the increasingly burdensome regulatory requirements are clearly troubling for faith-based institutions.”

The decision to forego federal student loan and grant programs was reached in a unanimous vote by the college’s board of directors.

“While respecting that some of our peer institutions have reached a different conclusion on this issue,” said Andrew Emrich, the board’s chairman, “what is different in our case is timing: At the very point we were grappling with this question, pivotal legal decisions, executive orders, and administrative interpretations were all pointing to some … challenges for institutions of faith.”

In a video posted on the college’s website, Kevin D. Roberts, its president, if the college had been founded 30 years ago, “perhaps the decision to participate in federal programs would be easy.”

“Without being an alarmist, however, it is reasonable to say that the political landscape in 2015 is very different than it was 30 years ago,” he said.

“Our Catholic identity might be further in danger as a result of receiving federal funds,” he continued. “I say ‘further in danger’ because it is already (endangered) by the HHS mandate.”

And watch a video presentation below.

March 16, 2015
Religion on the menu: how some restaurants make adjustments for Lent
Next Post

March 17, 2015 City to dedicate portion of street to honor deacons
Browse Our Archives
Related posts from The Deacon's Bench