So what does the new annulment process mean?

So what does the new annulment process mean? September 8, 2015 Deacon Greg Kandra 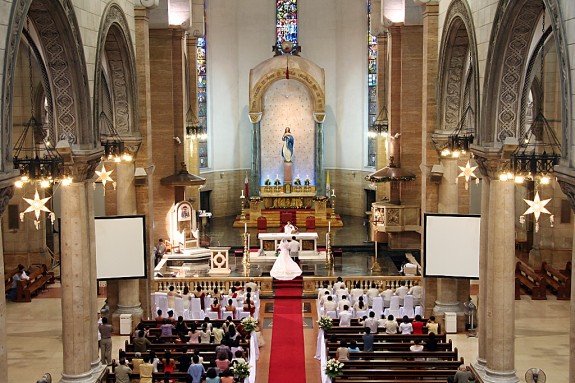 Someone asked me this morning if I knew anyone personally who would benefit from the changes announced today, and I had to say, “Honestly, it’s all too new to tell.” I serve as an advocate in my diocese, helping newly divorced work their way through the annulment process; people who have already begun an annulment will likely have to continue under the old process, though, because the new law doesn’t take effect until December. And, frankly, I expect the rollout may have a glitch or two, as dioceses and their lawyers continue to figure it out.

But what are people saying about it all? Analysis is trickling in from all over.

Austen Ivereigh, a papal biographer and commentator on the Vatican, called it “revolutionary” that Francis has granted bishops the power to nullify a marriage – a power that has rested with church courts. Bishops, he said, could also delegate that power to priests. This will make annulments more accessible, especially in much of the developing world, where, Ivereigh said, many areas have no church courts.

“This is the most far-reaching reform to the Church’s nullity process in 300 years,” he added.

Tuesday’s announcement is procedural and makes no change in the way the church sees marriage and its permanent nature. However, Ivereigh said, the change shows Francis has been listening to regular Catholics and “the reason for this change is that society has changed. This speeded-up procedure recognizes and reflects a new reality.”

…Kurt Martens, a professor of canon law at Catholic University, said the expedited process would apply to Catholic couples facing certain conditions, including those who have an abortion, a grave contagious disease, children from a previous relationship or imprisonment. Essentially, Martens said, the church is providing a path that looks like the Catholic version of no-fault divorce.

“If I were a bishop, I would be upset,” Martens said. “It’s a bit strange and even a sign of contradiction that a pope who is big on consultation and collegiality seems to forget that on something like this. It’s highly unusual for legislation like this to get through that way.”

Francis, for his part, acknowledged some of those concerns in his letters.

“The extent to which an abbreviated process of judgment might put the principle of the indissolubility of marriage at risk, did not escape me,” Francis wrote. “Thus, I have desired that, in such cases the Bishop himself shall be constituted judge, who, by force of his pastoral office is with Peter the greatest guarantor of Catholic unity in faith and in discipline.”

Despite those concerns, the changes come with a notable silver lining for Catholics seeking to annul their marriages and return to a closer relationship with the church.

Over at his blog, venerable canon lawyer Ed Peters has some thoughts, based on a quick overview of the documents released today and what they portend. (Warning: Latin ahead!)

And Jimmy Akin offers his own handy guide to understanding annulments and the impending changes:

Among the major changes, as listed in the introduction to Mitis Iudex Dominus Iesus, are as follows:

Only a single judgment of nullity is required. Until now, in most cases, if one tribunal determined that a marriage was null, the decision was automatically appealed to a court of second instance, and only if the second tribunal agreed was an annulment granted. Now the morally certain decision of the first court will be sufficient in uncontested cases.

The bishop himself is a judge. Although the bishop has always been the principal judge in his diocese, previously, the section on annulments did not establish that the bishop himself was a judge in marriage cases. Now, in keeping with his role as shepherd of the faithful, it does. In fact, he is the principal judge in his diocese, to be assisted by others whom he chooses. The new law thus puts the responsibility squarely on the bishop as a pastor.

A new, briefer process involving the bishop has been created. Up to now there have been two processes for handling annulments: the formal process (which is the lengthier one involving gathering and weighing testimony) and the documentary process (which deals with situations where a marriage can be proved invalid simply by presenting certain documents, such as showing that a Catholic got married outside the Church without the required permission). Now there is a middle process involving the bishop. If the evidences for nullity are especially clear, they can be presented to the bishop in a process intended to take less time than a formal process case. However, if the evidences require more examination, the case is to be referred to the formal process.

Stay tuned. I’m sure others will be weighing in soon. 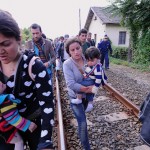 September 8, 2015 So what does the new annulment process mean?
Browse Our Archives
get the latest from
Catholic
Sign up for our newsletter
POPULAR AT PATHEOS Catholic
1