Deacon father vests deacon son at his ordination in Rome

I love stories like this. From San Jose’s The Valley Catholic:

Thomas Flowers, SJ, son of Deacon Phil and Sarah Flowers of Morgan Hill, was ordained a transitional Deacon at the Church of the Gesù in Rome on April 3 by Cardinal Walter Kasper. The younger Deacon Flowers was ordained along with fifteen other Jesuits, his classmates at the Collegio Internationale del Gesù, in the presence of Father Arturo Sosa, the General Superior of the Society of Jesus (Jesuits). Deacon Flowers and his classmates represent ten different countries, including Canada, Cuba, Croatia, India, Thailand, and Portugal. They are all studying theology at the Pontifical Gregorian University in Rome and will be ordained priests over the coming year….

…Thomas Flowers’ parents went to Rome for the ordination. His father, Phil, a permanent deacon of the Diocese of San Jose, participated in the liturgy, including vesting his son in his new deacon vestments.

“Our vocations developed separately, and have taken different paths,” says Deacon Phil, “but it was wonderful to celebrate together our shared service to the people of God.”

Congratulations to you both. Ad multos annos! 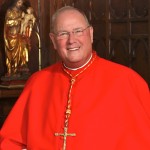 May 8, 2018
'What's the Church doing here?': Cardinal Dolan's remarks at the Met Gala—UPDATED
Next Post 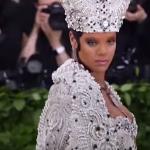 In the Darkness, the Diocese of Des Moines...
In past articles, I sounded the alarm concerning a darkness looming within...
view all Catholic blogs