A lot of ink has been spilled about this controversial evening, but I was struck by what the Cardinal Archbishop of New York had to say at the press conference just beforehand.

This comes from his blog:

What is the Cardinal-Archbishop of New York doing here?

Well, because the Church and “the Catholic imagination,” are all about truth, goodness, and beauty…

That’s why we have great schools… to teach the truth;

That’s why we love and serve the poor – to do good;

That’s why we’re into art, poetry, music, liturgy, and, yes, even fashion… to thank God for beauty;

I guess that’s why Steve and Christine Schwarzman, cherished friends so generous to our inner-city schools, Catholic Charities, and Saint Patrick’s Cathedral, and I, are here… because of the true, the good, the beautiful.

In the “Catholic imagination,” the True, the Good, and the Beautiful have a name: Jesus Christ, who revealed Himself as “the Way, the Truth, and the Life.”

In the “Catholic imagination,” the truth, goodness, and beauty of God is reflected all over… even in fashion.  The world is shot through with His glory.

Thank you to the Metropolitan Museum of Art’s Costume Institute for arranging this exhibition.  Thanks, Dr. Weiss, Dr. Bolton, Ms. Wintour, and Steve and Christine, for your leadership.

Thanks to the Vatican for its historic cooperation.

I’m honored to be here.

There you have it.

UPDATE: Cardinal Dolan had more to say about the event the morning after. From Crux:

Speaking just hours after the last champagne cork was popped and cleanup crews hurried to prepare the museum to open to the public, Dolan described the night as an “upbeat and inspirational evening…and a boost for the Church.”

When the Met Costume Institute’s curator, Andrew Bolton, and Met board member and Vogue editor-in-chief, Anna Wintour, sought Dolan’s blessing on the event, he said that while he thought the idea, on the whole, was “very promising,” he was also nervous about potential irreverence and the possibility of the evening turning into an occasion for jabs at the Church.

They assured him that they would deliver a respectful celebration of the Church’s cultural influence, and on Tuesday he was happy to report those promises were kept, not just by the Met’s planners and staffers, but by attendees as well.

Dolan described the scene inside the Met where he greeted hundreds of the evening’s starlets – all of whom seemed “genuinely happy to see me,” he told Crux – as a time in which he was overwhelmed with individuals approaching him to talk about their Catholic roots.

“A lot of people were honest to say that they’ve been less than faithful to the Church of their origin,” said Dolan. “But an evening like this brings back lots of happy memories, and I thought, my, what a celebration of what we call the evangelization of culture.”

For the naysayers – and just one glimpse at social media will evidence that there are many, convinced the Church should have never partnered up with the Met for the occasion – Dolan is quick to counter outside attempts to caricature the event as something that it was not, and instead, to see it as an opportunity.

“I did not find the spirit of the evening to be offensive or blasphemous at all,” he said.

“Was some of it edgy? Yes, but I never met any person that seemed to be snippy or snotty about the Church, or who intended anything to be offensive.”

“We could have had a lecture at the museum on the Catholic imagination and not too many people may have showed up, especially the crowd from last night. But when you do an evening like that, you get everybody,” he told Crux.

“Boy, you talk about the public square – with some of the movers and shakers who were there – and they’re reminded of positive memories of the Church and of devotions, prayers, traditions, and liturgies, as many of them told me they were. This could only be for the good of the Church.” 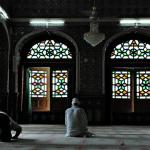 May 8, 2018
Fake news: That report on Saudis striking a deal with Vatican to build churches
Next Post 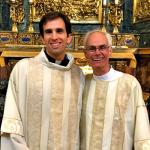 May 9, 2018 Deacon father vests deacon son at his ordination in Rome
Browse Our Archives
Follow Us!

Racism is the water we swim in
In 2005, novelist David Foster Wallace gave a university commencement speech that...
view all Catholic blogs
Copyright 2008-2020, Patheos. All rights reserved.