My homily students know this piece of advice I always give them: even if you aren’t assigned to preach, be prepared. Well, I’m not scheduled to preach this weekend, but I started scribbling down a few thoughts, just to be prepared. I don’t know if anyone will hear this on Sunday (probably not), but I thought I’d post it here.

This weekend marks the first official observance of the feast of Blessed Stanley Rother. Some of you may remember when I preached about him last year, on Holy Thursday.

Stanley Rother was a young man from Oklahoma who became a priest, eventually serving as a missionary to the poorest of the poor in Guatemala. In the late 1970s, Guatemala became embroiled in a bloody civil war. Priests and religious were targeted. Father Stanley Rother was urged to leave the country, but he couldn’t abandon the people he loved. He stayed, and on July 28, 1981, he was attacked in his rectory and killed. He was 46. And he is now the first martyr born in the United States.

Shortly before he was killed, he wrote back to his family, explaining why he was staying behind. “A shepherd doesn’t run at the first sign of danger,” he wrote. A good shepherd shows fidelity and courage to protect his flock.

It is good to remember that, especially now. Because the headlines the last few weeks have made something all too clear: too many of our shepherds ran. They looked the other way. They enabled sin.

Many people have written to me, outraged. They are angry. They feel betrayed.

But there is something else they feel. Like the thousands of people in the Gospel we just heard, they feel hunger.

Some are hungry for vengeance.

Nearly all are hungry for hope.

A few feel despair. Some have asked me why they even remain Catholic.

I can only offer you my own answer, which is incomplete and inadequate—but it tells my story.

I am Catholic because of men like Father Stanley Rother.

I am Catholic because of bishops like Archbishop Oscar Romero, who died while saying Mass in El Salvador.

I am Catholic because of men like Father Jacques Hamel, the elderly French priest whose throat was slit by jihadists in his village church.

I am Catholic because of priests like Father Walter Ciszek, who risked his life to say Mass in a Soviet prison with just a crumb of bread and a few drops of wine.

I am Catholic because of sisters like St. Teresa of Calcutta, who heard Christ calling to her among the poor, begging, “I thirst,” and she could not turn him down.

I am Catholic because this church is filled with people of courage and conviction.

I am Catholic because of women like the Dominican Sisters of St. Catherine of Siena serving in Iraq—selfless and loving souls who welcomed Muslims into their convent during the Iraq war and gave them a place to pray, explaining, “We don’t help them because they’re Catholic, but because we are.”

I am Catholic because of my mother and father—the poor Slovak son of an immigrant coal miner and the Methodist daughter of a New Jersey businessman, two unlikely people who made a life together, and made a family together, and taught me how to pray.

I am Catholic because these words are engraved in my heart: “Do this in memory of me.” And I offer my hand at every Mass as an unworthy cradle to hold the Body of Christ and I am awed and humbled and ashamed — and I am, by God’s grace, transformed.

I am Catholic because to be Catholic is to be part of the most extraordinary undertaking in all of human history—one that educated the ignorant, comforted the grieving, healed the sick, uplifted the outcast. The Catholic Church, across 2,000 years, gave beauty to music and art and architecture and prayer. The Catholic Church carried the Body of Christ and the teachings of our savior to jungles in Asia and huts in Africa and classrooms in places as diverse as Beverly Hills and Belfast and Brooklyn.

I am Catholic because I believe.

I believe those words we will pray together in just a few moments, the Creed, the testament of faith that countless men, women and children have given their lives for. As we acclaim during the Rite of Baptism: “This is our faith. We are proud to profess it in Christ Jesus, our Lord.”

I am Catholic because I believe we can be better than what we are — and that no priest, bishop, or cardinal can take that away.

I am Catholic because I believe, I know, that we are fallible, fallen people, and that we are all struggling to get to heaven.

And I believe, I know, I am not alone. And some of us are living lives of pure sacrificial love.

Last week, I had the great privilege of being in New Orleans for the National Diaconate Congress. I was one of 3,000 deacons and their wives and families gathered to celebrate this vocation. These are people who feed the poor, clothe the naked, visit the imprisoned. They teach people in RCIA, manage parishes, preach, run charities and celebrate the sacraments. To see these people who are giving their lives for the Church—with joy and enthusiasm and gratitude—is to realize one more reason I am Catholic.

I am Catholic because of them.

I am Catholic because the horrible sins of a few cannot erase the generous, staggeringly beautiful love of so many.

It has been this way from Day One, when Christ was executed between two thieves while those he loved abandoned him, denied him, or betrayed him.

I am Catholic because so many who love the Lord have not abandoned him or betrayed him.

Know this: Most shepherds in our Church do not run at the sign of danger. They are not disloyal or cowardly.

They stay with us. They support us. They help us.

And at this moment, they need us to help them.

Pray in a special way for men like Father Jose Diaz, ordained just last month, who celebrated Mass with us this morning as part of our St. John Vianney Novena. Pray that those who just beginning their priesthood will not lose heart.

We live in treacherous, traitorous times. Things may get worse before they get better.

But they will get better.

This weekend, a priest in South Carolina wrote to his parishioners words I can only echo: “Do not despair.”

I’m reminded of the psalm we just heard a few moments ago:

“The hand of the Lord feeds us. He answers all our needs.”

The one who fed the multitude on a hillside feeds us still, here and now.

The God who preserves even the smallest fragments, seeing that nothing goes to waste, will nourish us in our need. Know that. Trust that. Believe that.

Knowing that, trusting that, believing that, I cannot walk away.

This is my faith. I am proud to profess it in Christ Jesus our Lord. 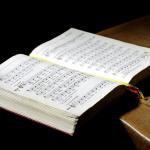 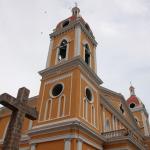