The complexion of America’s private school sector has undergone massive changes over the past half-century, driven mostly by a decline in Catholic school enrollment, according to a major new report published in the journal Education Next. The authors find that middle-class families in particular have been leaning away from private schools for several decades.

Written by renowned researchers Sean Reardon of Stanford and Richard Murnane of Harvard, the report uses census data, longitudinal studies conducted by the U.S. Department of Education, and family surveys to create a picture of trends in private elementary school enrollment since the 1960s.

Overall, attendance in both religious and nonreligious private elementary schools has fallen from a peak of 15 percent of the total K-8 population in 1958 to just under 9 percent in 2015.

That shrinkage has occurred at different rates among different student populations and regions of the country, but one phenomenon has stood out: A form of income segregation is influencing the demographics of the private sector. More affluent families, especially in the South, are increasingly sending their children to non-religious private schools, while their low- and middle-income peers are more likely to choose some form of parochial education.

The departure of white families from urban centers, sometimes called “white flight,” is one factor. The traditional constituency for Catholic education was urban, middle- or working-class whites, often the children of Irish, Polish, Italian, and Lithuanian immigrants. As they decamped to the suburbs in huge numbers beginning in the 1960s, the number of parents willing to pay Catholic school tuition plummeted.

That aggravated what Murnane deemed the biggest problem faced by Catholic schools and their supporters: vanishing funds for scholarships and operations. At the same time the schools were losing a large group of potential customers, they were also deprived of cheap labor by the sharp decrease in the number of priests, nuns, and religious orders. 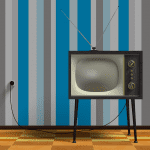 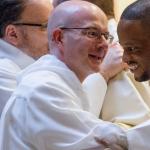 July 20, 2018 This. Is. Awesome. — UPDATED
Browse Our Archives
get the latest from
Catholic
Sign up for our newsletter
POPULAR AT PATHEOS Catholic
1

WandaVision Finale: Waking Up
The magnificent WandaVision finale to the series on Disney+ is the most...
view all Catholic blogs
Copyright 2008-2020, Patheos. All rights reserved.