Carlo Maria Viganò: ‘The man who took on the pope’

It offers more details about Viganò’s  life and background, some of it already widely known, but other parts may be less familiar:

Known for his short temper and ambition, Archbishop Viganò has clashed with superiors who stunted his ascent in the church and has played a key role in some of the most stunning Vatican scandals of recent times.

After one church leader shipped him out of the Vatican to America, thwarting his hopes of receiving a scarlet cardinal’s hat, Archbishop Viganò’s private 2011 memos — many of them deeply unflattering to the leader responsible for his ouster from Rome — were leaked and splashed around the globe.

Supporters of Archbishop Viganò, who did not return a request for comment, bristle at the notion that his letter calling on the pope to resign represents the fury of a disgruntled excellency. They portray him as principled and shocked by what he sees as the destruction of the church he loves.

[Journalist Marco] Tosatti said the archbishop had explained to him that, as a bishop, he felt a deep responsibility to the church and that, as a 77-year-old man, he wanted to clear his conscience for when his moment came. But he said the archbishop was also infuriated by a recent article in the Italian press sympathetic to Pope Francis and critical of his predecessor, Pope Benedict XVI — and felt he needed to retaliate.

The article describes his efforts to remain at the Vatican after something akin to a demotion:

Throughout his power struggle, Archbishop Viganò had been writing urgent appeals to Benedict to stay in the Vatican.

He said he needed to stay because his brother, a Jesuit biblical scholar, was sick and needed care, and he accused Cardinal Bertone of breaking his promise to promote him to the rank of cardinal.

In 2012, when he was already in the United States as nuncio, or ambassador, the letters started appearing in leaks eventually pinned on the pope’s butler. The scandal consumed the Vatican and prompted intense blowback.

But Archbishop Viganò’s brother, Lorenzo Viganò, told Italian journalists that his brother “lied” to Benedict that he had to remain in Rome “because he had to take care of me, sick.” To the contrary, he said he had lived in Chicago and was fine and hadn’t talked to his brother in years over an inheritance dispute.

Meantime, a search on YouTube uncovered this interview by Salt + Light’s Fr. Thomas Rosica, who spoke with the then-nuncio about a variety of issues facing the Church and the United States in 2013: 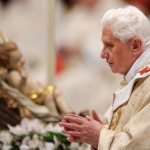 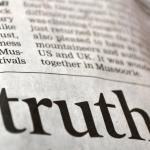 August 29, 2018 'The primary message of the Catholic faith remains the same'
Browse Our Archives
get the latest from
Catholic
Sign up for our newsletter
POPULAR AT PATHEOS Catholic
1