Deacon Eugene Burke, who served for 46 years at St. Gabriel parish in the Bronx and was a member of the first class of permanent deacons ordained for the archdiocese, died Jan. 28. He was 93. 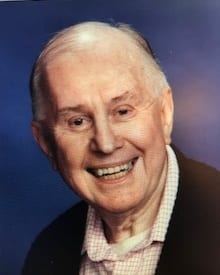 Deacon Burke, who was ordained in 1973, had served at St. Gabriel’s until his death. He was engaged in the parish’s sacramental and liturgical life, performing baptisms and witnessing weddings. He visited the homebound and individuals in nursing homes.

He was an advertising and public relations executive. As an actor and comedian, he shared the stage and screen with stars such as Tony Perkins, David Letterman and Conan O’Brien.

Born in Jersey City, N.J., he received a bachelor’s degree from Seton Hall University, South Orange, N.J., and master’s from Manhattan College and Lehman College, both in the Bronx.

A Funeral Mass was celebrated Feb. 2 at St. Gabriel’s. Burial was in St. Raymond’s Cemetery, the Bronx.

He was a student of history, delighting in humanity and its works, and in the love of God. Over the years, as his library grew beyond shelves and tabletops, books could be found stacked and stuffed into every corner of his home, along with his handwritten notes and insightful observations.

A graduate of Seton Hall, he went on to earn a master’s degree from Manhattan College and, after retirement, a second master’s from Lehman College. He spent his working life as a successful executive in advertising and public relations, exercising his charm and gift for persuasion on behalf of clients that included Casio, Coca-Cola, and the Archdiocese of New York.

Although he already had an accomplished career, his heart was always in the theater. He often recounted that, as a young man, he trod the boards with many fine actors, including Tony Perkins. After his retirement from public relations, he returned to the stage in a well-received off-Broadway production of “The Petrified Forest,” bringing to life the cantankerous Gramp Maple.

His credits also included notable scenes in such films as “The Associate” and “Don’t Say a Word,” and he amused millions with his numerous television appearances in comedy sketches with David Letterman and Conan O’Brien.

As much delight as he took in his thespian accomplishments, he also was a man of deep faith. He was the first ordained Catholic Deacon in New York, serving the Parish of St. Gabriel’s in the Bronx for more than 45 years. He was known throughout the parish for his wisdom and good humor, and took special care to craft moving and enriching sermons.

His greatest role was that of husband, father and grandfather. He wooed the lovely Madeleine Munz, known to her friends as Mitzi, and they lived among the Manhattan glitterati in their apartment — conveniently located above the world-renowned restaurant Le Perigord, where he was known to enjoy an appetizer, or two or three. 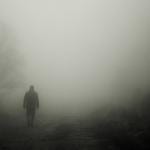 February 17, 2019
The New York Times Delves Into the World of Gay Priests
Next Post 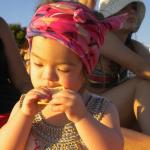 Coronavirus: Chris Ferrara vs. Science & Historical Precedent
Social Distancing Was Used in the 1918 Flu Pandemic and Has Been...
view all Catholic blogs
Copyright 2008-2020, Patheos. All rights reserved.