In Rome, Gänswein Praises Mother Angelica as ‘Prophetess and Apostle’

The crisis facing the Church today calls Catholic journalists not only to “relentless and fair reporting” but also to spreading the gospel, Archbishop Georg Gänswein said in a Mass said in memory of Mother Angelica.

The March 27 Mass at Santa Maria della Pieta in Camposanto dei Teutonici in Vatican City marked the third anniversary of the death of Mother Mary Angelica of the Annunciation, foundress of EWTN Global Catholic Network. EWTN is the publisher of Catholic News Agency.

In attendance at the Mass celebrated by the prefect of the papal household were employees of the EWTN Vatican bureau, various embassies to the Holy See, the Holy See press office, and a variety of ecclesial organizations.

rchbishop Gänswein reflected in his homily on Divine Providence, noting that Mother Angelica founded EWTN on the feast of Our Lady of Guadalupe.

He said the faith is brought to us through witnesses, and reflected that Mother Angelica “with visionary genius understood the role you have to play in the new Information Age even the Catholic Church has now entered, whether she wants it or not. And that’s why you are now all called to be witnesses in a completely new and very special way.”

…In light of the clerical and, indeed, episcopal abuse scandals, the archbishop exhorted, “as Catholic journalists you are not only responsible for the ‘hard news’ and a relentless and fair reporting, but more than ever for the core of all good news: the Gospel.”

“That means that today you are called to follow Mother Angelica and spread the most important news of all time in a completely new way, and with the most modern means, in freedom and together with the Magisterium of the Church: the news of the Incarnation of God as the greatest news that the world has ever heard and seen.”

“In Saint Francis de Sales, we already have a long-established patron of journalists. In Mother Angelica, however, the one, holy, Catholic and Apostolic Church has received the gift of a prophetess and apostle for the digital future, from whom we can learn anew that we can always trust in a miracle, especially in the darkest hours of history,” Archbishop Gänswein concluded. 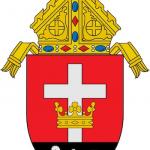 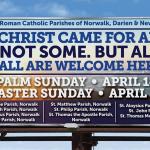 March 28, 2019 Billboard of the Week — Maybe, the Year
Browse Our Archives
get the latest from
Catholic
Sign up for our newsletter
POPULAR AT PATHEOS Catholic
1

Deuteronomy And A Change Of Heart
First, it is unfortunate that Deuteronomy, and the Pentateuch as a whole,...
view all Catholic blogs
Copyright 2008-2020, Patheos. All rights reserved.