‘Unplanned’ Becomes the Latest Battleground in the Culture Wars 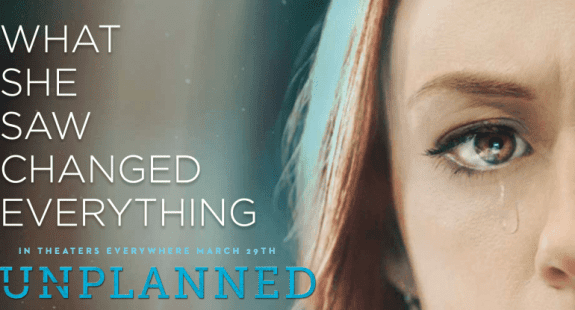 It was a rare packed house for a weeknight in the suburbs, and when the movie was over, the sold-out crowd of about 100 last Wednesday spilled haltingly into the light.

A few — a gaggle of nuns in their habits, at least one collared priest — wore their dispositions on their sleeves. Others communicated in muted gestures, dabbed at tears, or lingered for long stretches in the popcorn-strewn vestibule at the AMC multiplex here, as if still processing the deliberately provocative movie they had just seen.

Since March 29, similar scenes have played out across the country as faith-based groups and many others have gathered en masse to see “Unplanned,” a new movie that paints a scathing portrait of abortion rights in general, and Planned Parenthood in particular.

…“Unplanned” has banked on its ability to draw such motivated crowds, despite what the filmmakers — Christian anti-abortion advocates hoping to make a dent in Hollywood — described in interviews as a torrent of adversity.

First, they said, came the denial letters from companies holding the rights to songs they had hoped to include on the film’s soundtrack. Then it was an R rating from the Motion Picture Association of America, normally a kiss of death in evangelical, Mormon and other religious communities.

Television networks, too, rejected the film’s trailer as too political to touch; the official “Unplanned” Twitter account, erroneously linked to online trolls, was temporarily suspended on opening weekend; and the star of the movie, Ashley Bratcher, has struggled to book TV interviews outside Fox News and the Christian Broadcasting Network.

Of course, no film is entitled to media exposure. And in each of the above cases, the companies and networks denied singling out “Unplanned.” But the belief among anti-abortion communities that powerful forces have arrayed against the film has kindled long-smoldering claims of liberal and anti-religious bias in the media and Silicon Valley. And it has animated high-profile conservatives — including Vice President Mike Pence, Senator Ted Cruz and Donald Trump Jr. — who have risen to the movie’s defense, seeking to turn it into the latest battlefront of the culture wars. 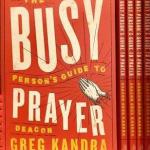 April 8, 2019
'A Busy Person's Guide to Prayer' is Now Available on Kindle
Next Post 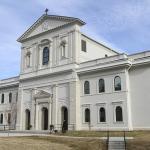 April 9, 2019 For Those With Long Memories: A Happy Conclusion to a 'Deacon's Bench' Epic
Browse Our Archives
get the latest from
Catholic
Sign up for our newsletter
POPULAR AT PATHEOS Catholic
1