Many will remember this extraordinary story from a few weeks ago. Now, his earthly pilgrimage has ended.

A young Polish priest who was ordained last month following a terminal cancer diagnosis has died, his community announced Monday. 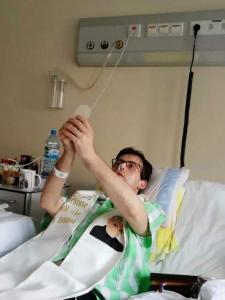 Fr. Michal Los, FDP, died June 17 in the morning, the Congregation of the Orionine Fathers said in a Facebook post.

“We believe that he met with the Risen Christ whom he so desperately wanted to serve as a priest. Thank you for all your prayers and support,” the congregation said.

On May 24, Los was ordained a priest in his Warsaw hospital bed.

He had been diagnosed with cancer about a month prior. At the time of his ordination, he was in critical condition.

Pope Francis granted a dispensation allowing Los to be ordained both a deacon and a priest in the same Mass. The pope sent a letter to the director general of the congregation, Fr.  Tarcisio Vieira, granting permission.

Los was ordained by Bishop Marek Solarczyk of the Diocese of Warsaw-Praga.

Below is video of Father Los offering blessings after his ordination in May.

Eternal rest grant unto him, O Lord, and let perpetual light shine upon him. 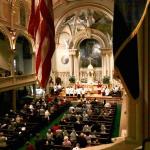 June 17, 2019
Something Beautiful in Albany: Mass in the Extraordinary Form—UPDATED
Next Post 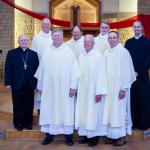 June 18, 2019 Ordination Update: 6 New Deacons for Great Falls-Billings
Browse Our Archives
get the latest from
Catholic
Sign up for our newsletter
POPULAR AT PATHEOS Catholic
1