A Guide to Forgiveness (By a Witch Who Sucks at Forgiving):

A Guide to Forgiveness (By a Witch Who Sucks at Forgiving): August 22, 2018 Courtney Weber

Lately on the Facebook feeds, a video about forgiveness which, although it’s from a Christian pastor, has been making waves in Pagan circles.  The bolt-cutter image is wonderful. I’ve been working with this image in my meditations. Sometimes it works better than others. I have a long way to go.

I suck at forgiving. 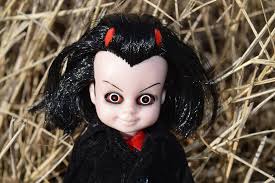 If you bullied me in the third grade, guess what? I’m still mad at you. Did you give one of my books a scalding Goodreads review? I have analyzed all the weak arguments in all of your blog posts. I hold grudges the way a Krispy Kreme holds transfats.

Most other religions have philosophies on forgiveness, but Witches do not. I think this is an area where we need collective growth. Instead of constantly sending hexes back and forth or engaging in Bitchcraft, maybe we could all work on forgiveness?

And by we, I mean me. If you feel the same way, here are a few things I’ve learned…

How To Forgive (by a Witch who sucks at Forgiving):

Years ago, I offered a workshop at a conference, one in which participants had to pay an additional fee to attend. I was a new author and excited to share my work. A very famous author offered a workshop of the same content at the same time slot. He was so angry at the “competition” that he offered his workshop for free. However, I was so new, I was no real competition for him. His audience surely would have outnumbered mine, but because he did not charge and I did, his workshop was overfull and only one person attended mine.

I didn’t speak to him for years. When he approached me at conferences, I walked away. When he commented on my posts online, I replied with something curt.  Eventually, a friend called me out. “What he did was unkind, but by holding this grudge for so long, you’re not being the bigger person in this situation.”

What he did was unkind. New authors need to be supported, not “squashed.” Maybe he was feeling insecure? I’ll never know. But it was on me to either address the situation or let it go, instead of grumbling off into the distance.

My grudge did not undo what he had done, but it made me feel pretty awful for a long while. It had weakened me, not strengthened me. 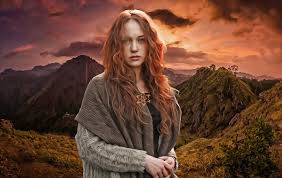 I had a friend for many years, “Jan,” whom I used to see for readings and Magickal advice. One day, she sent me a scathing email, accusing me strange things. When I asked for clarification, she got meaner. Later, I learned she’d been sharing my readings with others and publicly criticizing me and my work. I was heartbroken and honestly, still am. The hurt turned to anger and the anger to vitriol. I hated Jan. But hate is exhausting and I wanted to let it go, yet I couldn’t find my way out of it. Every time I tried to forgive her, I would remember how she’d betrayed me and I’d get angry again.

Brigid said, You’re angry because you’re hurt and because deep down, you still love your friend which makes the hurt even deeper. Can you find a way to remember that love?

I sighed. I listed all of the things I loved–and still love–about my former friend. And I found myself thinking this as loudly as though Jan were standing in front of me: Jan, I valued you as a friend. But you didn’t want my friendship and that’s your right. I want all of the best things for you, but I won’t be part of your life anymore.

While I can’t promise that anger won’t return when I next see Jan at a party, it has a weaker grip on me, now.

By honoring the hurt, I found a tunnel to forgiveness.

Often times, others don’t even realize they’ve hurt us.

For many years, I gave a lot of time, counsel, patience, and second (and third, and fourth, and fifth) chances to a consistently disruptive Covener.  When I finally drew a firm, non-negotiable line about her behavior, she emailed me to say she was leaving the Coven. Almost immediately, she posted on social how happy she was to have left, how her life was improved, and more.

That hurt. I thought about how many times she’d cried in my arms, found joy in my rituals, fun in our Coven gatherings. Leaving improved her life? Was the time I’d given her worth nothing? For a long time, every time I saw her picture, I felt the hurt again. One night, before I went to bed, I asked the Gods to find a way to help me let that pain go. The next morning, a voice in my head said, “She has no fucking clue.” The voice was right. She had no idea how much energy went into being her High Priestess, and she certainly didn’t know how much that little Facebook comment (which she likely forgot about posting, almost immediately) had hurt me. Maybe she forgot I had feelings? People do forget that.

Unkind? Yes. Unfair? Yes, at least I think so. But was she aware of it? Nope. And never would be. Forgiveness comes easier when we remember that most of the people who hurt us have no friggin’ clue.

Waiting for “Karma”? Guess what? It’s none of your business. 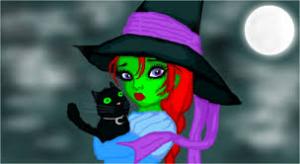 I took my piss-poor attitude to the Morrigan when I heard my name was getting dragged by someone who used to be a friend. “She’s going to get hers, right?” The Morrigan was like, Lol. Sure. Maybe. But guess what? Her life lessons are none of your business. The only person whose lessons you need to worry about in this situation are yours.” I ended my meditation to go throw rocks at trees, but She was right. Witches focus so much on “karma” (and most Witches’ understanding of Karma is pretty nill, by the way….) that we forget that what other people are supposed to be learning from our ugly situations involves us not at all.

Which sucks, I know. But understanding this has kept me from refreshing that friend’s Facebook feed, wondering when she’s going to publicly comment that someone else dragged her name and now she knows how it feels.

Next up: How to Forgive Ourselves for the Dumb Shit We’ve done in the Past!

Well, I do hope to figure that our sooner. I’ll get there. Eventually. 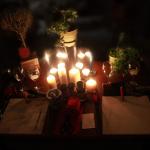 August 18, 2018
Four Reasons to Keep the Ritual Simple
Next Post 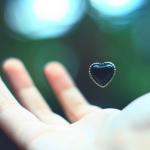 September 6, 2018 A gift we give ourselves (Forgiveness Part 2)
Recent Comments
5 Comments | Leave a Comment
Browse Our Archives
get the latest from
Double, Toil and Resist
Sign up for our newsletter
POPULAR AT PATHEOS Pagan
1

The 25 Most Important Witchcraft Books...
Raise the Horns
Related posts from Double, Toil and Resist