February is Black History Month in the United States. Stacy on the Right, a prominent black conservative radio personality, asked why is it just a month? Why does Black History have to be singled out instead of just being integrated as part of American History, period? While highlighting accomplishments of America’s unsung Black heroes, the Air Force Veteran reminds us: “we have much to be grateful for here. This is a blessing: to be an American and live free.” Obviously we don’t see White History Month as being a popular demand, even though white conservative radio personality, Michael Berry, has tongue in cheek proposed this idea to counter the “reverse racism” he sees in our current political climate. Like Berry, many white Americans insist that they are just “color blind” and judge people by “the content of their character, not the color of their skin.” I believe them. They cannot understand the bitter division because they’ve never been Black in America.

So let’s discuss that. White history is the status quo in America. It’s the default mode. White Americans from European ancestry are the majority in this country, and have been since America’s initial founding. History is written by the victorious conquerors, not by those who were conquered. Therefore, native Americans were originally known in American history as “Indians” because Christopher Columbus and crew reportedly thought that they had reach the West Indies when their boat landed in New England (again, named after the nation that sponsored his overseas expedition). And yet, at the public junior high school that I attended in Southern California, I read about how the Native Americans (with their diverse warring tribes) were slowly and bloodily conquered by the white settlers (who saw themselves as civilized Christians) through British colonization and later through Manifest Destiny. These red skinned natives were rounded up onto Indian reservations through various events, including the infamous “Trail of Tears.”

At a private high school in Pasadena, CA, (where I attended tuition free, thanks to a generous scholarship and endowment by wealthy white patrons, no doubt), I learned about America’s history with slavery, indentured servants, freemen, and free blacks who lived in the northern states. I read about the Civil War, Jim Crow segregation, and the Civil Rights Movement of the 1960s. Even in the public school textbooks and private school education (attended by primarily white, affluent kids), I learned about Frederick Douglass, George Washington Carver, and Rosa Parks, among other significant African Americans in the history of this great nation.

But it wasn’t until I moved to the South & got acquainted with black friends and social work colleagues that I became aware of the high level of anger, hostility, or distrust that so many Black Americans today still hold toward White Americans. As a social worker, I had worked with the poor of many colors–black, brown, white, and yellow. As an Asian immigrant myself, I was still struggling to understand issues with cultural gaps, generational gaps, identity, and coming of age. It wasn’t until my late thirties that I realized the extent of the black/white divide. Who can blame black Americans for their distrust when their ancestors were treated as second class citizens for so many generations?

But I found out that the newer African Americans who recently immigrated to this nation also don’t understand Black Americans’ negative attitudes. Like me, they were not raised by caregivers who had a hateful distrust toward their white oppressors. They were not raised with stories of how “our people” were murdered, brutalized, demeaned, or dehumanized. They, too, have to be painstakingly educated to beware of white supremacy & white privilege. I have learned that it’s best to not contend with social justice warriors about systemic racism in America because to them, it is obvious and you will be deemed uneducated or ignorant if you do not see it. Just study the disproportionate number of blacks who are living in poverty, incarcerated, or aborted in the recent two decades to see the modern civil rights issues.

What about you–how much Black history do you know? How much do you want to know? If you are Black, do you struggle with hopelessness, helplessness, anger, and frustration that people just don’t get it? If you are White, do you struggle with guilt, shame, defensiveness or overwhelming sadness? Do you ever wonder, can’t we all get along by now? How nice do I have to be to show that I’m not a racist? If you are Asian or Hispanic, aren’t you grateful that you’re neither black or white because it seems to be an endless no win situation? Do you ever wonder, why can’t whites understand their privilege and show a little humility and understanding? Do you find yourself thinking, why can’t blacks forgive and move on already instead of constantly bringing up the past to divide everyone and bring down our great democracy?

I’m grateful for many friends and colleagues (black, white, and all colors in between) who are open-minded and can discuss these difficult topics with me. They’ve given me the benefit of the doubt when I was naive and unaware. They’ve trusted me with their personal stories and vulnerable feelings. They’ve helped me to develop my thoughts as they shared theirs. They’ve opened up their world to me and welcomed me in, while I was still so undeserving. And in many ways, I still feel I’m undeserving of their sweet friendship. 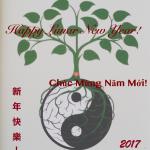 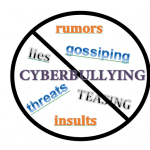 February 17, 2017 Bully-Proof Your Kids, part 1/4
Recent Comments
0 | Leave a Comment
Browse Our Archives
get the latest from
Evangelical
Sign up for our newsletter
POPULAR AT PATHEOS Evangelical
1