Asian Americans make up 5.8 percent of the total American population.[1] On January 28th this year, many Asian Americans will be celebrating Lunar New Year, also known as Chinese New Year by those of Chinese descent. With that in mind, let us reflect on what it means to be Asian or American.

For those of us living in America from Asian ancestry, this question will dog us at some time or another. We are technically and practically both. It is difficult to choose one over the other. And yet, when we think of what it means to be Asian or American, we have to break down these social constructs into their finer elements. What does it mean to be Asian, besides the obvious of coming from Asian parents or an Asian country? Does American equate to whiter, richer, stronger, better, cooler, more popular, or more blessed? Does Asian mean slanted eyes, speaking funny, eating rice and egg rolls all the time, shorter, different or exotic, stranger, weaker, poorer, or less than? And why is there no terminology of “American Asian” or “White Asian” (White person living in China or Korea) like there is “Asian American” (Yellow person living in America)? To answer these questions, we must study the sociology and history of America in the context of world civilizations.

The United States is a nation of immigrants—first predominantly White Christian settlers from Europe, then Black people who were brought in from Africa primarily as slaves or indentured servants, and then other White and Colored immigrants from the rest of the world. A young country that quickly grew to world prominence both politically, economically, and culturally, America seems to set the standard for other nations. When I study world history, what stand out the most for me are the details of bloodshed, of wars within the family, between families, and between different people groups. There is that constant fight not just for survival, but oftentimes for dominance.

And America is not foreign to such conflicts. Yet to secure victory of revolutionary war, our founding fathers declared Independence from Great Britain, daring to proclaim that “all men are created equal, that they are endowed by their Creator with certain unalienable rights, that among these are life, liberty and the pursuit of happiness.” Furthermore, the White men in wigs crafted a special, unique document called the US Constitution, which aims to “form a more perfect union, establish justice, insure domestic tranquility, provide for the common defense, promote the general welfare, and secure the blessings of liberty to ourselves and our posterity…”

But how can a nation of immigrants settle differences among diverse people groups in order to form a more perfect union and secure the blessings of liberty to everyone and their offspring? Enter in people from China, Japan, Korea, followed by the Philippines, Vietnam, Thailand, and many more… From the 19th to the 21st century, America saw different waves of immigrants from various parts of Asia. Today, we have fourth generation Asian Americans, many who are “fresh off the boat,” and everyone in between.

I was a young child of six, immigrated in 1979, as a refugee from the fallout of the Vietnam War. Today, I am mistaken for being American born and raised. I have not talked about race very much as I just try to blend in to people around me. And yet, when I studied social work in graduate school two decades ago, that was what we mostly talked about—race, ethnicity, cultures, social and political structures, differences in people groups, well being, families, equality and justice.

My work in foster care and adoption, as well as in private practice the last fifteen years is focused more on mental health and well being of individuals and families, not so much on social policies or group advocacy. And still, these are all interrelated. As a mother of three children now, I am very interested in parenting best practice. As I wrote East Meets West: Parenting from the Best of Both Worlds (published Sept 2016), I found myself reflecting more on my Chinese Vietnamese roots and how that has impacted my current identity. It is not just a parenting self help book, but also an ongoing dialogue about race, ethnicity, and how to find the most positive meaning of different, seemingly opposite cultures. I hope to delve more into the Asian diaspora now that I am coming out with my story.

What about you—do you prefer one side of your identity over another? What are your thoughts about being Asian American? This year, for the first time, I will be giving my half Asian kids red envelopes with money gifts! 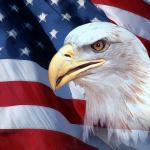 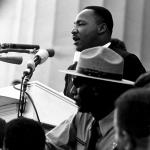