The word “evangelical” is used roughly to define Christians who have a personal relationship with Jesus Christ, who consider Him their Lord and Savior, more or less attend church regularly, many partaking in bible studies, quiet time, and reading devotionals, pray regularly by self and in groups for themselves and for others, and who tend to be social conservatives (compared to the progressive ones who have nontraditional interpretation of the Bible). According to one article, evangelicalism is a “distinct worldwide movement, emphasizing the ‘born again’ experience, the infallibility of the Bible, salvation by faith in Jesus alone, the need to evangelize or spread their message, and the rapture of the church in the end times.”

Are we uneducated “red necks”?

Stereotypes of gun carrying White cowboys or farmboys are just that—stereotypes.  The truth is that we are a diverse group both denominationally and ethnically: “24 percent of evangelicals were members of ethnic minorities in 2014, up from 19 percent in 2007.” Evangelicals include Hispanic, Asian American, and African American Christians from various protestant denominations as well as Catholicism.  As a disclaimer, most Christians that I know who would be characterized as an evangelical, including myself, do not label ourselves as such or use this type of language.

Are we against science?

A great many evangelicals go into medicine, research, science, and other fields of higher academia. We do not see a discrepancy between scientific research/understanding and the historical accounts/worldview presented in the Bible. We see more of a collaboration toward truth, and that all scientific discoveries ultimately reveal God’s truth. Some may be young Earth creationists (roughly six thousand years) while others are old Earth (millions of years) creationists. Some believe in a global warming pattern being caused by man, while others believe the data point to natural cycles of climate change. What’s definite is not that these Christians are ignorant or lazy about pursuing science, any more than the general population are stupid or anti-intellectual, but that we are aware of the negative stigma that nonbelievers (especially political progressives prevalent in the mainstream media and popular culture) reap on us:  “Dumb Evangelicals Are Holding the US Hostage” and “Delusional religion has become delusional politics.”

Are we all Republicans?

We are multi-affiliated or not affiliated with political parties at all. Evangelicals, because we hold the Bible in highest regard, oftentimes get disillusioned by politicians and the double edge sword of political involvement. When we are involved, we tend to be socially conservative, labeling politicians as “RINOs” (Republican in name only) those who are reportedly on the political right, who may be fiscal or foreign policy conservatives but not theological conservatives. Although many of us may be politically charged, conservative, or Republican, we mostly don’t believe the main goal of the church is to be political. In fact, according to a Christian Post article, research shows that evangelicals who have the lowest level of church involvement are the most politically active.

Are we rich and powerful?

Although evangelical Whites are associated with the established, powerful political right, who unfortunately are seen by outsiders as being opposed to civil rights, equality and social justice, the truth is that they belong to a range of socioeconomic demographics.  And my observation is that most evangelicals do not feel rich or powerful. Frankly, for me and my fellow Christian moms, we spend our conversations discussing the job, the kids, the spouse, the latest local news, or what’s on sale. When evangelical men get together, I hear them talking about the same thing, minus the sale, plus sports, and plus the state of America.

Any extra time or funds go to church ministries, outreach to the local community, and missionary work. My church friends and I rarely talk politics and I still don’t know who anyone voted for in the last election and neither have I been asked by these friends (whom I socialize with weekly). While we may not be as politically active as our progressive counterparts, we care about the direction of society and there’s a whole lot of talk about our country “going to hell in a hand basket” and can’t wait for Jesus Christ to return and make things right: “Lord, come quickly.”

Are we hypocritical promoters of “family values”?

Most everyone knows that there’s no perfect person but few nonbelievers understand that being a Christian means that you will not do that perfectly. Just because we are firmly convicted with biblical teachings on marriage and sexuality and proclaim Christ, some of us even bravely sharing and inviting others to church, does not mean that our relationships are problem free. From time to time we struggle with either family of origins issues, trusting God and waiting for that special “soulmate” for us, or we are praying for our marriage and parenting to take a turn for the better. A good number of evangelicals are in nontraditional family structures–dealing with marital breakdown, divorce, or step-parenting issues. But the binding characteristic is that we all need God to give us hope and strength to do our relationships well. We don’t see hypocrisy when we do our best to live according to God’s values and we’re not ashamed to admit when we’ve failed. Also, we are not embarrassed by what God teaches in the Bible about holiness, family relationships, or righteousness.

Do we hate women/women’s rights?

We may not be marching or protesting, but be assured that we are quietly working behind the scenes, either at home or at the office, to improve our lives and those whom we love. The fact is that some of the most influential leaders are married women who have husbands, brothers, and sons. We see two sides of the coin, dare I say the yin and yang side? Male and female, no one is more evil than the other or less sinful than the other. We believe in both the law and grace. While we stand firmly against sexual harassment and abuse of power, for every #metoo, we know there’s a #himtoo not yet articulated.

Evangelical women are often overlooked or completely ignored by feminists because our biblical value system is so foreign. We value efforts to encourage each person to be the best that God created him or her to be. We do not believe that anyone is automatically a victim or innocent because of their group identity. We are not into identity politics because it is divisive and ultimately leaves out the hope, truth, and grace of God.

Do we hate immigrants?

Rather, the more pertinent question is should law breaking (i.e. a foreigner entering the country without legal permission) be allowed? If so, why have federal immigration laws? As a mother, I often subscribe to Love and Logic’s parenting approach: give children a big dose of empathy, but then let them experience the natural or logical consequences of their misbehaviors. If the kids break a conduct rule at school and get suspended, they will not be rescued by bigger, more powerful, loving mama because the real world operates on truth and natural consequences–tough love, Baby. There are consequences for rule breaking or defiance of authority (assuming the authority is God given, reasonable, not tyrannical). How can we teach “give unto Caesar what belongs to Caesar” if folks raided Caesar’s home and then demanded that Caesar step down in the name of equality?

The truth is that the evangelical Christian congregations, in response to their deep faith, are the first to open their doors to immigrants when there’s a need and the federal government has issued green cards to foreign applicants. As a former refugee from a war torn country who was sponsored by a small Lutheran Church, helped by working and middle class Whites from a small Texas town, given a green card by the INS (Immigration and Naturalization Service, now broken into three agencies) before I boarded the plane to America, I will not perpetuate the political propaganda leftists put out that evangelicals are anti-immigrants.

Most refugees and legal immigrants I know were sponsored to come to America by ordinary citizens, volunteers from Christian churches (Baptist, Catholic, Lutheran, & other denominations). Today, the evangelicals I personally know are working to help get new immigrants on their feet, as a partnership with federal authorities. Others are donating their hard earned money or working overseas to meet the vulnerable where they are at, helping them with food, shelter, and the Word of God. This Christian charity may also include helping those who are already here without legal authorization.

Do we hate LGBTQ+ folks?

We pray for lgbtq+ neighbors like we pray for nonbelieving family members. Sometimes, this includes our spouse or children. We believe in what the bible names as sexual immorality, are keenly aware that we sin, too, in different ways, and we do not hate anyone. To be honest, yes, I’ve been hurt by some evangelical Christians. But to be fair, I, too, have I hurt others. Hurt people hurt people. This phrase really applies to people from all faith backgrounds, not just to evangelical Christians. Non-evangelicals don’t understand that we are merely advocating for religious freedom to peacefully practice our faith and live according to our conscience in this pluralistic environment without fear of punishment from the government. We are not suppressing anyone’s rights or imposing our values on anyone. The “hate” perception comes from a mistrust and misunderstanding between the two groups, leading each to politically arm against the other. How can Christian parents and pastors work to stem the tide of increasing fear and distrust without compromising our conscience?

Do we hate Muslims?

We pray for Muslims like we pray for nonbelieving neighbors. We hate crime and terrorism whether committed by US citizens or noncitizens, Christians or nonChristians. And we strive for law and order, desiring a stable and peaceful country. The various news sources reporting terroristic acts committed by radical extremes (maybe they aren’t true Muslims like the abortion clinic bombers are not true Christians?) cause us to fear being too open and vulnerable a society that we might naively bring upon our own doom and destruction.

Do we really suffer as much as everyone else?

In reality, evangelicals have our fair share of family dysfunctions, mental illness, health problems, financial problems, etc… The only difference is that we are more connected with each other through regular fellowship and prayers. Our biggest lifeline is prayer with a personal, loving, caring God. We have prayer chains because there’s a sweet fellowship with the Holy Spirit that only fellow believers will understand and benefit from. If you don’t already have access to this incredible lifeline, are you interested in learning more?

Can you think of any other myths of evangelical Christians? What myths would you like to see dispelled? 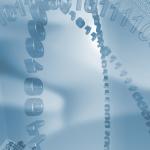 January 22, 2018
Code Switching--Do Asian Americans Do It?
Next Post 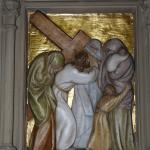 February 5, 2018 Being a Professed Christian Is Not For the Faint of Heart
Recent Comments
37 Comments | Leave a Comment
Browse Our Archives
get the latest from
Evangelical
Sign up for our newsletter
POPULAR AT PATHEOS Evangelical
1