Code Switching–Do Asian Americans Do It?

I first heard about “code switching” five years ago from a Black Christian social worker. Before that, I remember reading some articles about how Black professional women had to navigate two different worlds—one at the workplace where they are expected to be assertive and professional and another one at home, where they are expected to be submissive while coping with a variety of domestic issues. At a recent event celebrating the late Rev. Martin Luther King, Jr. honoring his challenge to achieve racial justice in America, a light skinned (that’s code for light skinned, oftentimes biracial Black American) pastor again spoke about how Black people tend to code-switch depending on which environment they are in. According to him, they have a certain way of behaving and speaking at the barbershop than when they are with white people.

Code switching means that people tend to use different language, mannerisms, and behaviors depending on which situation they are in. There is the default culture (mainstream white American) and there is black subculture. When the pastor spoke of code switching to the multicultural audience, I reflected on this phenomenon from my own Asian background. Do I code switch? And generally, do Asians code switch? No, we don’t. And what about Latinos and Hispanics, how come I never hear them talking about code switching when they are around white people?

So why is code switching a nonphenomenon among other ethnic minorities in America? I can’t speak for brown people, but for olive skinned people, my observation is that the second and third generation Asian Americans have adapted to western culture so well that that “whitewashing” becomes a term to describe them.

Why is assimilating to western culture known as whitewashing but not blackwashing, you might ask? Both speak English and both have been here much longer than Asians. Well for one, whites have been and continue to be the majority in America. No matter what generation of immigrants they are, majority whites have been in power since the revolutionary founding fathers, and financial and social success are still tied to white American culture. There will always be exceptions to this but they are just that—exceptions. You might make the argument that there’s been a reversal trend the last few decades with affirmative action policies and rising immigration from brown and yellow (Asian) countries. But the fact is that even in 2016, white Americans make up almost 66% of the country’s population.

The African Americans who were born here (some who are descendants of generations of enslavement by wealthy, white slave owners) don’t have the luxury of accessing a rich, proud history of ethnicity and culture. Their story has been hijacked by their masters and the masters’ compatriots. Their personhood, value, and dignity have for so long been subjugated to a lesser than status, to put it euphemistically. So in order to survive in this white dominant western culture, they have to operate in the way white Americans find relatable.

Ever since desegregation, Blacks have had to make up for time lost. When associating with the dominant culture, they are far too aware that they can’t appear too lazy, threatening, ungrateful, or uneducated or else they might lose their chance at being treated as an equal in white American society. From a history of having no education opportunities to having no voting rights to having no property rights, to being discriminated against and excluded on many levels socially, Black Americans have had to fight for acceptance in many aspects of communal life that white Americans take for granted. Even pets of white people seem to get better treatment than what is given to black neighbors.

Although the 1960s civil rights movement has done wonders to restore the value of an ethnic minority’s personhood, legally equalizing the rights of black Americans and other people of color in America to that of white Americans, socially and psychologically, the change has been slow. Therefore, black Americans have resorted to functioning one way at home and in their predominantly black neighborhoods and another way in their predominantly white workplace.

Yellow and brown skinned Americans as a people group, unlike their black counterparts, have never been enslaved in this nation. Though there’s been a long history of racism because these immigrants look different, talk different, and are competitors for a piece of the American pie, they also have a long established culture to fall back on should they wish. Unfortunately, this is not true in the case of transracially adopted kids (but that is a topic for another day).

What Blacks call code switching, Asians and other recent immigrants (including from Africa and Europe) call assimilating or acculturating. We have our own language we can use at our disposal to empower ourselves. We have a rich history of ethnic foods and traditions that have served our ancestors well for millennia of years. And when we adopt western culture, it does not mean that we hate ourselves or believe our ethnic cultures to be inferior. Furthermore, only 5.7% of the American population are Asian Americans, so naturally most of us have chosen to assimilate to the mainstream culture here rather than to stand out and differentiate. Can you blame us for employing a survival mechanism?

The fact is that we don’t have to overcome a deep seeded mistrust of the white man, or even white American’s version of Christianity. We are grateful to be welcomed to America, oftentimes sponsored by relatives or by Christian Churches, to be issued green cards by the Immigration and Naturalization Service agency (now broken into three agencies), and given the opportunity to become naturalized citizens. We love the kindness and hospitality of our Black, Brown, and White American neighbors. We believe in American exceptionalism because we know what hardships our ancestors experienced in order to come to America to experience more freedom and opportunity for success. The American Dream has not been tainted for us. We don’t have to suppress our true feelings, go along to get along with our white neighbors. We don’t have to code switch.

Reflecting on my own biracial kids, offspring of a Caucasian dad and Vietnamese, Chinese mom, I realize that in some ways they are less bicultural as they try to fit into the larger subculture of their middle class suburb in the South. In other ways, they are more multicultural as they sound a lot less patriotic than their democracy loving, constitution embracing mom.

And I remember the nostalgia my parents struggled with, forsaking their homeland and culture to start all over in a land prized for her freedom. I remember the conflicted look on Dad’s face as his children became more fluent in English than in Vietnamese, even though he was the one to encourage us to assimilate in order to have a successful life as Americans. Racism was rarely discussed in my childhood. Instead, Mom and Dad preached, like Ben Carson’s mom believed, where there’s a will, there’s a way. If this is not true in the blessed land of America, then where would it be true? So I went along and got along.

Today, I’m grateful to be Asian in America. I’m grateful that America has been so good to me, an immigrant, a woman, and person of color, embracing me, and allowing me to be gainfully employed as a social worker therapist. I refuse to judge those less acculturated or envy those who are more successfully established. And also for that, I’m sad for fellow Black Americans who feel like they’ve been left out of the land of freedom and opportunities merely because of their dark melanin. It makes me sad that a majority still feel that they have to code switch when I don’t. I wish each person could meet lots of white allies, even people of color allies—empathic folks who can meet them halfway, are humble listeners, can provide understanding, and also hope for a more genuine connection. 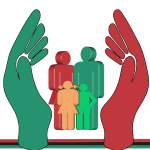 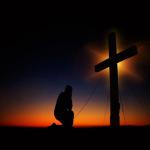