You might have already read many reviews of the latest movie sensation, the Black Panther. But have you read one from a social worker’s analytical perspective? Neither black nor white, but holistic and systemic?

There’s nothing typical about Ryan Coogler’s Marvel blockbuster movie. For one, it’s a predominantly Black cast full of good looking, powerful people with superpowers. It also has strong political messages but manages to please Americans of various political persuasions. I know conservatives and progressives of various races/ethnicities that enjoyed this unique movie. It’s also not your typical inspirational movie that has a cheesy feel. And it’s not a Christian movie even though there’s clearly good and evil themes. In reality, it is a social worker’s dream case study to analyze and dissect.

The underlying message you might expect in a movie about African American identity and empowerment would make the white man the villain. But not in this movie.  One EuroAmerican man (Andy Serkis) is a sidekick to the true villain, while the other EuroAmerican, a CIA agent (Martin Freeman), assists the true stars of the story. And instead of making him look like the typical fear mongering racist, the writers make his character good and redeemable, if not your typical Robin type that still has much to learn. And, rather than a black against white fight, especially expected in today’s politically and racially divided America, this movie rises above partisan politics.

True, with the many references to “white colonization,” slavery, and racial inequality, it is written from the perspective of Black folks who will not cease to remind their oppressors of their evil deeds. But it doesn’t stop there! Awesomely, the actual battles are not as simple as good against evil or black against white, but actually good versus better and understandable versus inspirational.

There is much to analyze regarding the stars in this movie. They are rich in character development as well as super hero abilities. An example of great character development is found in T’Challa. This main star (Chadwick Boseman) is the epitome of good and strong, though he struggles to overcome his family’s dark history. But he’s not your typical good, likeable guy, as he’s also royalty—more like Simba from the Lion King. And spoiler alert, this royalty faces off not only the sins in his lineage, but also his arch nemesis Erik Killmonger (Michael B. Jordan), whose angry rage T’Challa (and we) can actually relate with. 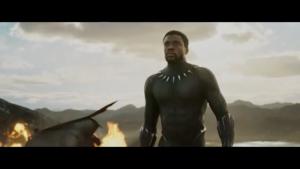 Without spoiling it for you, two sets of father-son stories are revealed side by side, leaving the audience to feel for both the hero and the villain. The character development are so realistically played out, complete with astute observations of how personal and social injustice can affect a person’s moral development that this educated social worker was impressed. I especially appreciated the nuanced observation of how there is evil inside good and good inside evil, as marvelously illustrated in scenes between T’Challa and Killmonger. Christians might say it this way: the believer still struggles with sin while in the flesh, while the unbeliever may still emanate the Imago Dei (image of God) despite not being redeemed yet.

This film is also a poignant love letter to African Americans, and to a larger extent people of color in America, who can relate to the rage inside Killmonger, of being a forgotten people, less than, an “other,” who long to belong. As an Asian American, Vietnamese boat person, refugee, and immigrant at age 7, growing up in a nation that was less than 5% reflective of what I looked like, I can relate to the sense of feeling lost and searching. Thus, I also appreciate the love letter (review by KJHoward) of a wonderful place that gives us honor and dignity beckoning us home. However, unlike Howard and fellow Black Americans, I have found this deep sense of belonging in Christian faith and in friendship with Americans of all colors. Yet, every once in a while, I still feel like a lonely sojourner in this life, associating with everyone but not really belonging anywhere.

Is this a Christian movie? Not necessarily. Besides the violence that’s typical of action hero movies, there’s no sexualization of women or children or glorifying blatant criminality. Some Christians noted the idolatry of worshipping other gods. Progressive Christians love it for the social justice messages and tie them to Christian ethics as seen here and here. Black friends enjoy it for the same reasons and for the hopeful Afrofuturism (a future society that blends advance technology with African heritage and culture).

Then there’s the obvious nod to women in the strong, intelligent characters of Nakia, the star’s love interest (Lupita Nyong’o), Shuri, the star’s scientist sister (Letitia Wright), and Okoye, the star’s female bodyguard/general (Danai Gurira). Wow, I can see all my black women friends just enjoying the positive, if not fantastical portrayal of their race and gender. Finally, people of color and women are seeing that they, too, can be dignified, even glorified in a major motion picture right next to the menfolk.

However, as a social worker, I most enjoyed the relationship dynamics between General Okoye and her love interest. This powerful female patriot is loyal to heritage and traditions of the beautiful (but fictional) land called Wakanda. This ultimately pits her against W’kabi (Daniel Kaluuya), who was a nationalist but who chose a more imperialist approach to global affairs.

It’s almost like American patriotism being claimed by Democrats and Republicans alike, though the two have vastly different viewpoints on what and how to best love one’s country. This scenario also reminds me of the cat and dog fight between a husband and wife, tension and conflict swirling underneath the apparent harmony between the two. Then there’s the third party version of patriotism when Nakia confronts Okoye for not separating from the new King: “I’m leaving  because I want to save my country!”

I can really go on with more analysis, but what about you? Have you seen it and if so, what did you enjoy or not enjoy about it?  If you haven’t seen the movie, does this review peak your interest a little? I hope so! 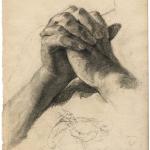 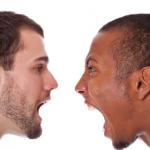 March 6, 2018 When Christians Get in the Way Of Christ
Recent Comments
4 Comments | Leave a Comment
Browse Our Archives
get the latest from
Evangelical
Sign up for our newsletter
POPULAR AT PATHEOS Evangelical
1