Did you know that Christian parents have been in the resistance movement long before the popularity of hashtags? Many people know about a popular new trend called #resist or #theresistance. Three decades ago, Star Wars may have popularized the term, referring to a small but brave group of rebels fighting against an evil force that’s perceived to be overtaking the galaxy. Today, Americans who believe that President Trump and the Republican Party stand only for bad things have used these terms to inspire their political activism.

But I’m speaking of a different kind of resistance movement—Christian parents in America have been “resisting” the popular culture for centuries. We teach the kids that there are two competing theoretical frameworks: worldly versus godly. These worldviews, values, and goals all intersect various sectors of life. Christian parents seek to raise the kids according to biblical values and not the popular culture’s.

That means that on a regular basis, we resist the culture of:

You might make the argument that many Christians are part of the popular culture, even leading it, rather than standing apart as sinless, spotless, shining examples that they ought to be. Indeed, there is even division in the body of believers. The Christian Left, who champion the cause of the poor and oppressed through systemic change, point to the Jesus that confronted the legalistic, self righteous Pharisees, and who did not throw stones at the woman caught in adultery. On the opposite end, the Christian Right promote individual responsibility and righteous living, pointing to the Sermon on the Mount Jesus who told said woman to go and sin no more. The vast majority of us are somewhere in the middle, still learning and growing. In this article, I’m referring to these well intentioned Christian parents.

Instead of individual rights, Christian parents teach our children about individual responsibilities, that children need to honor and obey their parents, that fathers ought not to exasperate the children, that husbands ought to love the their wives like Christ loved the church and gave His life for her, that wives ought to respect their husbands as unto the Lord. There’s also responsibilities of neighbors to each other, of employer to employee, of ruler to subjects and vice versa.

Instead of me first, Christian parents emphasize patience, humility, mutual respect, and mutual submission to each other as unto the Lord. See also above.

Instead of celebrating sexual promiscuity, we promote holy sexuality, whether one is heteronormative, same sex attracted, or dealing with gender dysphoria. Let’s not focus on the speck in our brother’s eye while ignoring the log in our own. But, after we have spent time with Jesus and confessed our brokenness, He wants us to leave our sins behind, including any idolatry or sexual immorality.

Instead of defying authority, we teach respect for authority, including for those in governing and leadership roles. Give unto God what belongs to God does not preclude Christians from giving unto Caesar what belongs to Caesar (paying taxes, heeding laws). Nicholas Wolterstorff’s book, The Mighty and Almighty, presents a thoughtful analysis of the duality of state and church authority over the Christian. Paul Adams and Michael Novak’s book, Social Justice Isn’t What You Think It Is, explains in depth the Church’s civic responsibility to help the poor among us without having to violate the Christian’s conscience or biblical values, or resort to overturning a free, democratic society into socialism/statism.

Instead of engaging in identity politics, Christian parents teach kids to develop a secure understanding of our sinful nature, dependence on God, and receiving God’s gift of forgiveness. This is found in accepting God’s deep love for us through the shedding of the blood of the last lamb—Jesus Christ. It is also found in our common humanity, full of sin nature and needing redemption (forgive us our trespasses as we forgive those who trespass against us, and lead us not into temptation but deliver us from evil,…).

Instead of focusing on our right to be happy, Christian parents teach that our purpose for existence is to praise and glorify our Creator. Furthermore, peace and happiness is not achieved by obtaining social justice here on Earth, although Jesus was a staunch advocate for those who were marginalized in society (namely the orphans, widows, women, and the poor). Instead, Jesus taught that each new believer can acquire the fruit of the Spirit (love, joy, peace, patience, kindness, goodness,  faithfulness, gentleness, and self-control) through submission to God and the indwelling of the Holy Spirit.

Instead of materialism and consumerism, Christian parents teach our kids frugality and mission mindedness. We store up our treasures in heaven, for “where your heart is, there your treasure will also be.”

Instead of corruption, whether that be fornification, cheating on your time sheet, or abusing your position of authority, Christian parents teach kids ethical behaviors that are promoted by the all seeing, all knowing Eye in the Sky. The fear of the Lord is the beginning of wisdom, and it should also keep us from much foolishness. God is as much a God of wrath (consequences, justice) as He is a God of forgiveness (grace). But, we are not to get even and retaliate wrong for wrong, because “vengeance is mine said the Lord.”

Instead of moral relativism, Christian parents teach that the Bible is a true historical account, that God is sovereign, and that He has laid out what constitutes righteousness and unrighteousness. He has also revealed that humans will be stricken by our flesh and by evil influences from the Prince of this world. However, our true enemy is ultimately not each other—Christian Right or Left, believers or unbelievers, but spiritual forces (Ephesians 6:12).

For me, I try not to get too worked up over what I read or hear, but after each sight or sound, I pray for wisdom to be close to the truth. I try not to see any person or party as the enemy, but to learn about where people have been, understand where they’re coming from, and why they think, feel, behave the way they do. It has served me well in my therapy work as a clinical social worker. I’ve learned so much from my clients of all ages, demographic categories, and political/theological persuasions. They’ve opened my eyes and blessed me as much as I’ve been able to encourage and bless them. And I still have much more to learn.

What about you? Which side of Jesus do you gravitate to, His yin side or His yang side? Which resistance movement speaks more to your heart, mind, or soul? 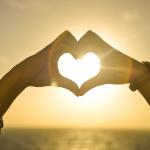 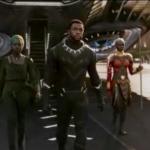