**This blog was originally titled Social Justice Warrior Language: Translated for White People, but was scratched and replaced to be more reader friendly.**

Social Justice Warriors (SJWs) have been speaking up more and more. Or maybe it’s just me becoming more woke (socially and politically aware) through increased interest in the subject and avid reading.  This blog will focus on racial justice/reconciliation. I’m Asian American (classified as AAPI, or Asian American Pacific Islander). Therefore, I’m a Person of Color (POC), which is the new preferred term to outdated terms like “colored people”, “orientals”, racial or ethnic “minorities.” And as an adult female, I’m a Woman of Color (WOC). So, you might ask, isn’t it offensive for a WOC to decode language for “white people” as if white Americans are the only ones who need some help in this area?

You have a point. Which is why the blog title was changed.

Isn’t it better to say Caucasian instead of white? Which fair skinned individual really has white skin? But then again, black folks don’t have black skin either, just darker melanin. I heard that the term African American (AA) is more appropriate to use when we don’t know the individual so well. If we are speaking with folks who are more than acquaintances, we might just casually say “my black friend.” But I also heard that some dark skinned Americans don’t identify with Africa and just prefer that people call them Black American, as articulated by this writer.

This topic reminds me of college political science classes in which I learned that in the 1960s, some brown skinned Americans of Mexican descent preferred to be called Chicanos to represent the brown power movement. More recently, the terms Latinos and Hispanics are used often interchangeably. “Latinos” refer to people from Latin America (Mexico, Central, and South America) and “Hispanics” to people of Spanish language origins (includes Spain but not Brazil, whose citizens speak Portuguese). Most recently, I’ve seen the term LatinX (trying to be inclusive and combine the masculine pronoun, Latino, with the feminine pronoun, Latina).

Those of you who are not like minded with SJWs might ask, aren’t there diversity of viewpoints within POC as well as within whites? True, POC are not all on the same page about the racial controversies. Furthermore, there are black conservatives who are proud to be Americans. They insist that they are not unwoke (in denial), but prefer to be respected for their perspectives on black poverty, single family structures, and crime rates. I am not a SJW or against the work of SJWs, but prefer a softer, more therapeutic approach such as that of AA lawyer Bryan Stevenson. His organization, Equal Justice Initiative, does great work highlighting long buried, dismissed or forgotten stories of past trauma of AA.

Rapper Kanye West, is the latest well known AA to differentiate his political perspectives from the masses, calling himself a “free thinker,” while many others point out economists Thomas Sowell and Walter E Williams, and political scientist professor Carol Swain as long time inspirational leaders. These folks have asserted that America is not perfect, but that getting angry on racial injustice of the past is what keeps many AA down today, instead of focusing on self-improvement and taking advantage of the plethora of opportunities available in a free country like America. Conservative Christians (white and some POC) believe that their calling is to promote peace and unity in Christ, not to harbor bitterness or anger that would only sow seeds of division and disappointment.

I’ve lived in America since I was six years old, raised by Chinese-Vietnamese immigrants. To be honest, it wasn’t until my late thirties that I gained more awareness of race related controversies and ongoing social justice issues. As an immigrant child learning about America and adjusting to a new culture, my knowledge and experience about US History mostly came from class discussions of the textbooks that were assigned. My first serious foray into the political controversies was in the American Dream class I took in college. It was also the first class I had with an AA teacher. Before then, my perspectives were pretty much rooted in Communism loathing refugee parents. These viewpoints were further solidified in optimism from being blessed so many times to partake in so much that America had to offer little welfare-raised immigrants from the former South Vietnam.

According to social justice language, I am an Asian American, even though I’ve always thought of myself as an American of Asian heritage. This brings me to another controversy. If African Americans are black, European Americans white, Latinx Americans brown, then are Asian Americans yellow people? And what would be so wrong about calling AAPI Americans yellow if the first three are allowed? After all, my very first introduction to our color label was through an encouraging song I learned as a first grader in a Lutheran Church (of a small Texas town) that sponsored my family and I to immigrate: “Jesus loves the little children of the world, red and yellow, black and white, they are precious in his sight.”

It seems from the song that Christians believe that people with various shades of melanin (I’m not sure why brown was not included in the song) are equally worthy in God’s eyes. While I remember reading about the Chinese Exclusion Act of 1882 and the Internment Camps for Japanese Americans during WW2, by the time I was in college in the early 1990s, I did not sense any pervasive lingering mistrust or anger in most Asian Americans. This may be due to the fact that the racism experienced by AAPIs at the hands of white majority in America is often short lived, situational, sporadic, and not nationally systemic–at least not compared to the suffering of several generations of black Americans under slavery, Jim Crow, and lynching history.

Even after reading about the Native Americans’ Trail of Tears and Harriet Tubman’s Underground Railroad in Californian public and private school textbooks, I was not keen to the race controversies. Learning about the income disparity based on race and gender in college and then about other societal problems and systemic inequalities in social work graduate school also contributed to my head knowledge. It was only through personal relationships with numerous AA I met as an adult Christian and social worker that opened my eyes to be able to write this blog. In the last six years of reading, I’ve discovered the many deeply buried reasons for the significant anguish, sadness, distrust, fear, and anger stemming from most AA toward White Americans. However, it’s complicated because, as this recent article suggests, leftist politics may also be responsible for distorting or perpetuating hostility between the two groups.

I have discovered that some college graduates in this newer generation consider it offensive for AAPI to be called yellow, and prefer olive skinned instead. According to certain leaders who promote identity politics, the terms “Red Skin”, “American Indian,” and “Native American” are not politically correct either because they are oppressive terms that white wash (sanitize) the history of genocide of the original “Indigenous People” or “First Nations” (Indigenous people in Canada). Woke POC, often lead by AA SJWs, believe that white supremacy (where white culture is the norm, the majority, in power and established) is the cause of social injustice and economic inequalities seen in America.

Some of you may be rolling your eyes, thinking that changing terminology will really help no one. You might even say that when everything is called “racist,” it trivializes real instances of racism where there’s clearly abuse of power by one race over another. You might believe that the words white privilege (the idea that fair skinned Americans have an automatic advantage over others) are fighting words because it overlooks your individuality, Christian character, or oppressed status as a refugee from dictatorial regimes. Some have articulated that these words serve to invalidate the Caucasians’ experiences and perspectives, lumping them into a class of ignorant oppressors and therefore not to be trusted or cooperated with. Dialogue broken.

Some white folks feel speechless, shaking their heads over new terms like microaggression, which is used to mean an aggression (mostly of language, tone, or posture) of a subtle, indirect nature. POC who consider themselves woke and their white allies (white Americans who join in the cause to fight social injustice) argue that insensitive, politically incorrect speech serves to perpetuate the imbalance of power they see that threatens the lives or livelihood of POC.  SJWs believe that political activism is necessary to combat past injustices that affect modern day disparities and inequalities. They see it as a step in the right direction, leveling out the playing field by questioning the unequal systems and structures that are intertwined with oppressive language that dehumanizes certain groups of people. Any white American who gets easily stressed or upset with this political activism is dismissed as being unwoke and having white fragility (unable to bear the truth of the suffering and oppression that generations of POC have borne before them).

But you might wonder, how can political legislation really change a hard, evil heart to a loving, caring one? Is white guilt (guilt for being born white) healthy or necessary to achieve justice between different races/people groups?  What’s an average, fair skinned person who wants to embrace diversity and different cultures to do that won’t get him or her in trouble? As this unsuspecting high school senior discovered, donning a classic Chinese dress for prom (see prom dress incident) can deeply offend certain Asian Americans (mainly those raised and educated in today’s politically correct mentality). A simple innocent misstep can trigger (bring about, inflame) past wounds. If POC need safe spaces to process their inner conflicts and vulnerabilities without the presence of anything or anyone that can be threatening (I’m not sure this is realistic), shouldn’t white people be recognized for their human vulnerabilities and need to process as well? It is easy to get confused about what behaviors suggest open-mindedness and inclusion, and what qualify as cultural appropriation (the adoption of the elements of a minority culture by members of the dominant culture solely for the gains and benefits of the dominant culture). It seems to white people (who account for almost 70% of all Americans) that “you’re damned if you do, and damned if you don’t.”

Finally, as this discussion is getting much too long, and might repeat my previous race related blogs (here and here), let’s end with a simple suggestion from your friendly neighborhood East meets West social worker: refrain from using the term “you people” when addressing POC (shows lack of care or concern for a group different from us).

About Kim Parker, LCSW
You can read more about the author here.
Previous Post 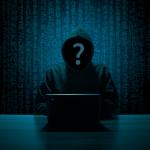 May 1, 2018
7 Good Reasons People Are Reducing Online Interactions
Next Post 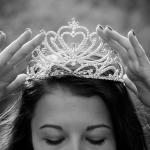 May 17, 2018 Moms: God Is the Lifter of Your Head
Recent Comments
13 Comments | Leave a Comment
Browse Our Archives
get the latest from
East Meets West Social Worker
Sign up for our newsletter
POPULAR AT PATHEOS Evangelical
1

Why Aren't the Other Slavers Getting...
Cranach
Related posts from East Meets West Social Worker