Crazy Rich Asians–A NonReview and Why You Should Go See It August 28, 2018 Kim Parker, LCSW

You might have heard of the latest Hollywood movie sensation called Crazy Rich Asians. If you’ve seen it, won’t you share what you liked or disliked? If you haven’t seen it, you might want to treat yourself to a sweet, interesting love story between parent child and man woman.

I went with my husband and ten of our friends (mostly Chinese  & Vietnamese except for one spouse who was African American and two who were Caucasian) on opening weekend. Here are our takeaways.

**note: lots of spoilers in this nonreview**

“…the wedding scene and when an event of that magnitude was taking place they were in the moment alone.”

“when the girl told Nick’s mom either he picks her or his mom when they were playing the Chinese dominoes.”

“when he was on his knees proposed to her on the plane.”

“The movie is cute and it’s beautiful charming romantic love story that I feel rarely exist in reality…entertaining.”

“Loved how everyone played their roles in their own accent. It felt more grounded as real, relatable people in a fairytale story… no one did the over the top Asian accent.”

“I liked how the script addressed the generational pressures to be better.”

“It was a good movie, a pleasant/fun snap shot of a fictional family. I have not read the book but plan to now that I have seen the movie.”

“All Asian cast. Entertaining and current.”

“I would want to see more of what Nick does for living in the US and how did the two meet.”

“How could she not know his family got money. She probably did not know they are billionaire, but she should at least have an idea.”

“Would have liked to see more of the cousins growing up flashbacks.”

“The wedding scene was so over the top that it kind of made the supporting actors the main characters of the movie.”

Much was riding on CRA and for the most part, it did not disappoint. Being only the second movie set in contemporary times produced by Hollywood to boast an all Asian cast, this film had a lot of burden to carry, expectations to meet.

To understand why it’s such a big deal to Asian Americans, see my first blog in which I share about about the lack of diverse and accurate representation of AAPI in western media.

To understand that this fictional story in cinema was not going to adequately address the full diverse representation that it claims, or issues of income gap, internal racism and classism that exists in Singapore and other Asian countries, read here and here and here.

From an evangelical standpoint:

This movie did not portray any particular religion. Nor was it billed as such. However, one bible study scene at the beginning of the movie suggested that these uber rich Chinese mothers in Singapore devote themselves to Christian faith. This affected one of my (nonAsian) Christian friends, who was disturbed that the movie depicted such ungodly behaviors coming from believers in the faith. In her words: “The women shown in the Bible study were women ultimately showing characteristics of unforgiving and judgmental stances.” She was referring to the gossip among the Chinese moms regarding their children’s lives, and also the exclusive, mean cliques both generations of Chinese folks socialized in. My friend wanted to see more Christians portrayed as being down to Earth, charitable, and kind, which is probably how she sees herself and fellow believers in America.

I quickly reminded her that these behaviors do reflect some aspects of real life. Moms do get together and talk about their kids. Even Christian moms who attend bible study discuss things that might appear petty or gossipy. Asian moms especially talk about their unmarried adult kids. That’s what my Chinese mother told me a few years ago: “When my kids are married, I don’t have to worry. When they are unmarried, even though they are adults, I still worry.” At least my somewhat westernized parents did not try to “arrange a marriage” for any of their Americanized, independent adult children. One step westward.

Many nonAsians just simply enjoyed the film. My own Caucasian husband laughed at the line, “Eat your food. You know, kids in America are starving!” A comedian-by-night, he claims that he thought of this line first and that he was going to tell the author’s brother all about that! His main response after the movie was, “I gotta learn mahjong!” He is a master at chess, checkers, and soduku, so why not mahjong? Apparently, judging from social media comments and movie reviews, the movie was enjoyed by many nonAsians as well as Asian Americans. This might be because it did not carry a preachy tone but told a funny, interesting, poignant love story.

Despite my tendency to draw inferences on the macro and micro level from a popular movie that reflects culture, ideas, and values, I will not ruin it for you by over analyzing it here.

Don’t expect too much social or political commentary from it. See it as just a fictional story of a super rich fantasy lifestyle to take us away from all our troubles. Or, it’s an entertaining fairy tale of characters that we can relate to. Their trials and conflicts reflect our common longing for a better, more righteous, more beautiful world. This world values people of all backgrounds, makes them feel uniquely accepted, completely understood, intimately belong, and always thriving.

What are your thoughts after seeing this movie? 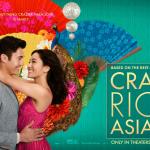 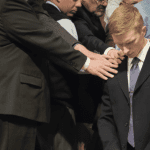