“In most cases it would have been possible to do something better than what an individual person actually did do. And yet it would be wrong to say that one is always duty-bound to do the best possible thing. That is simply not possible.” -Robert Spaemann, Basic Moral Concepts

It’s NFP Awareness week. While I’m not married, I am human, and I am trained in theology; I know married couples, and I’ve even read books on the moral life, sexuality—Catholic and otherwise. From what I can tell with all the blogging and conversing and observing and questioning I’ve done is that in general, short of “do good, avoid evil,” there is no absolutely absolute abstracted categorical imperative by which we can judge this individual’s actions in this circumstance of this life. Killing people is always wrong? Enter the entire spectrum of just war debates, which inform us that while murder is always wrong, sometimes killing a person is not murder. Bring in something like sexuality, and everyone’s passions get so twitterpated that we all find ourselves time and again longing for a standard to which we can point and say “ah, the right thing.”

However, people aren’t abstracted ideals; general principles can at best offer us guidance, not absolute determination. Jesus said be perfect, but we should note Sts. Peter, Paul, John, and Mary Magdalene lived out that out in radically different ways. So in the spirit of reality, I’d like to offer a particular circumstance. Not for us to morally evaluate with categorical checklists, but to ask us to reflect on what it means to do the right thing. Specifically, I’d like us to consider what it means to be open to life in the case of a Catholic woman who is on a birth control pill.

Once upon a time, there was a Catholic woman, who if not perfect, at least wanted to be good. In her early 20s, she began to experience a variety of health problems. After going to a gynecologist, she was advised to get tested for hormonal anomalies with a top endocrinologist. This endocrinologist took all kinds of blood work and lab tests, and a week or so before Christmas, called her to inform her that at 23, her hormone levels were not what they needed to be—she was effectively not producing enough female hormones for her eggs to grow large enough to receive a sperm. This woman, an unmarried Catholic, was being told that without medical treatment, it was not likely that, should she marry, she would ever conceive a child. Talk about a Christmas for the memory books. However, there were courses of treatment that might help her, should she ever be in a position to have a child: she could increase her female hormone production by means of medical intervention over the near future, and that might encourage her body to begin picking up the production of female hormones. Better yet, this treatment wouldn’t even be too costly, as we live in a world where there is readily available tabs of estrogen and progesterone available at a low cost. We call them birth control pills. It was likely such treatment would be effective and increase her hormones sufficiently that should she later get married, she would have much better odds of getting pregnant.

Morally, the case is rather easy—c.f. Humanae Vitae, 15—not being married and practicing chastity, there was no moral issues taking the Pill. Moreover, should it work, it might spare anyone she married the pain that comes when couples must face infertility. So, she began to receive hormone treatment. While this happened, articles entitled Some Compelling Evidence of the Pill’s Harmful Effects, Contraception Isn’t Healthcare; It Isn’t Even Helpful, That Time Cosmo Admitted How Horrible the Pill Really Was began to fill up her Facebook and Twitter feed.

It’s not that it’s wrong to be aware of medical risks. However, when approaching the moral life, the means, in this case artificial  hormones, seemed to become conflated with the end they they often served: contraception. And so, everyone stands against the Pill in order to stand against contraception. Meanwhile our heroine began to feel shame beyond the shame she felt because her body apparently had no interest in doing the main thing a female body was supposed to do—she also began to be ashamed of and scared about taking the medicine that was hopefully going to, if she eventually married, allow her to have children, even though she knew it was morally okay and that all medicine comes with risks.

Her determination between difficult calls is not so unlike that many couples face in their marriages about how to be good in their lives. I suppose it would be ideal if all people called to marriage would just get married and experience the reality of the ends of marriage as obtainable through easily determined means. They wouldn’t have the physical, psychological, economic, or spiritual challenges that characterize the lived reality of the world in which we are called to holiness. Ideals deal in the realm of abstractions, and consequently lack the circumstantial particularity of lived human life. They don’t address the particular choices we all face in real life, through which we attempt to choose the means to get ourselves and the greatest number of others to Heaven, and which often lead us where we would not otherwise go.

Now, I should note that to Catholics, NFP Awareness week should be a matter of serious importance, because the Church does not allow for contraception—the Church explicitly teaches that

To experience the gift of married love while respecting the laws of conception is to acknowledge that one is not the master of the sources of life but rather the minister of the design established by the Creator. Just as man does not have unlimited dominion over his body in general, so also, and with more particular reason, he has no such dominion over his specifically sexual faculties, for these are concerned by their very nature with the generation of life, of which God is the source. (Humanae Vitae, 13).

After all, the ends of marriage are the procreation and education of children and the mutual building up of holiness in the spouse. This is a general mark, though the Church recognizes there are many ways to achieve these ends—because matter is indeterminate and the circumstances which those ends are sought vary wildly. A couple like Sts. Elizabeth and Zacharias might be open to life, yet barren for most of their marriage. A couple may never have children biologically due to issues with fertility. A family may send kids to public school, private school, or home school. One couple might become holier by serving in their local soup kitchen, another by praying for the end of abortion, another by reading St. Thomas, another by forgiving each other after a fight that threatens to leave their relationship irreparably injured.

In an ideal world, perhaps our options would be rather limited—every good couple would fit within a few types. But, the reality of things is that human beings rarely look anything like ideals. Nevertheless, human beings with this flesh and these bones are the ones who become saints, precisely because of their efforts to love God in their circumstances. St. Therese couldn’t be a priest, and St. Junipero Serra left his family to head to America as a missionary. And we call both by the title saint. 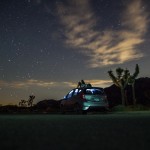 July 25, 2016
The Habit of Being In: Rootedness and Moving Again
Next Post 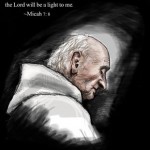 A Revolutionary Idea for Catholics: Try Listening to...
Over at Where Peter Is, the always-reliably-sound D.W. Lafferty proposes an idea...
view all Catholic blogs
What Are Your Thoughts?leave a comment
Copyright 2008-2020, Patheos. All rights reserved.