Religion and Science Can be Besties!: It’s Time for New Friendships

As we celebrate the March for Science, the narrative of Christianity opposing science is neither helpful nor true.  Insights from science inform Christian ethics, and Christian ethics can help us understand the implications of science.  Looking at the story of Jesus’ resurrection through the lens of chaos theory is just one example. 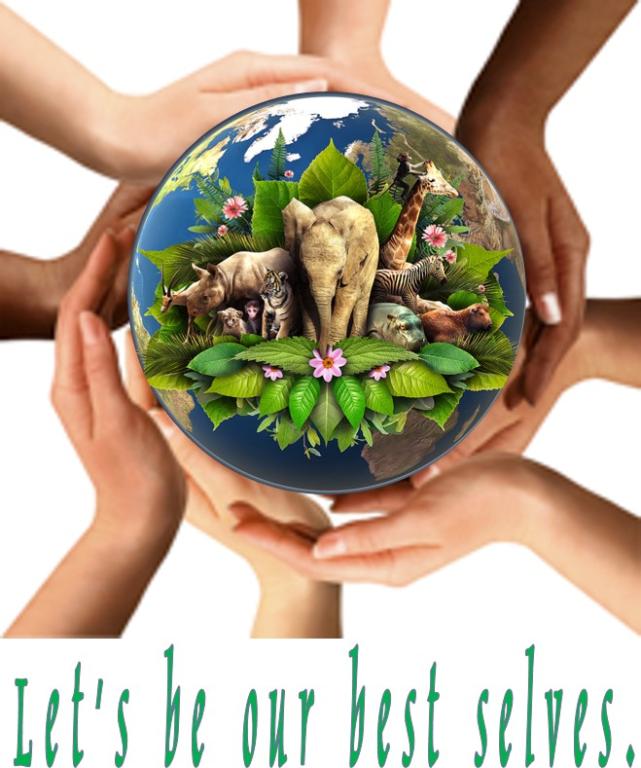 Chaos theory is one possible way of recasting the resurrection narrative with a fresh perspective informed by science that may offer some surprising insights for Christians.

Chaos theory originated in the field of mathematics as a study of the way in which initial conditions affect dynamic systems.  Sometimes called “the butterfly effect,” chaos theory studies the way non-linear reactions happen in supposedly stable systems.  The phrase was coined by meteorologist Edward Norton in the 1960s when he described the flapping of a butterfly’s wings in one part of the world potentially creating a hurricane somewhere else on the planet.  If you’ve read Ray Bradbury’s 1950s short story “A Sound of Thunder,” where the death of a butterfly in one moment in time has unexpected ramifications thousands of years later – this is chaos theory.

What’s so refreshing about chaos theory when applied to hegemonic human structures is its ability to break open any hubristic idea that we can control (benevolently or otherwise) nature and, by extension, our fellow humans. Personified in mythology by the “trickster” figure, chaos theory shows up in characters like Br’er Rabbit in African folklore, the Coyote figure in Native American mythology, and even Bugs Bunny from Saturday morning cartoons.  They are the court jesters – the “holy fools” – who tell the truth through humor, wit and cunning.  “It is not simply that fools change our perspective, though they do that.  Rather, fools create a liminal space where new perception becomes possible, but where discernment is both invited and required,” (Campbell and Cilliers, 87).

Chaos Theory and Jesus as Trickster

Homileticians Johann Cilliers and Charles Campbell identify Jesus as the ultimate liminal figure.  So Jesus is a trickster! “[C]rossing boundaries, teaching and preaching with intentional ambiguity, and calling people to perceive and live at the threshold of the old age and the new – in the reign of God that is breaking into the world. . . [Jesus embodies] in his own person the threshold between the human and the divine, between the old age and the new,” (Campbell and Cilliers, 103).

Even the miraculous conception of Jesus in the womb of the Virgin Mary, normally problematic for most feminists, could be seen differently through the trickster lens. Rather than interpreting Jesus’ conception (devoid of sexual intercourse) as proof that sexuality – and thus women – are “dirty” and “sinful,”  it may be that Jesus’ surprising conception is meant as a trick played on patriarchy that tries to control and dictate the activity of procreation, often victimizing the women in the process.  In the case of Jesus’ conception – surprise! – men are taken completely out of the procreative picture.   Which opens up new possibilities for women’s liberation, agency, and power.

The Trickster-Surprise of the Resurrection

And then we come to the Resurrection story.  Now we see that Trickster-Jesus has played the ultimate joke on the forces of evil that would subjugate, humiliate and annihilate God’s life-giving love.  This means the preacher-fool can joyfully proclaim the surprise of God’s grace upending the structures of death and revealing the triumph of resurrection.  Like his crucifixion, Jesus’ resurrection “interrupts the world’s assumptions, opens a liminal space, and calls for new perception – for the bifocal vision at the juncture of the ages,” (36).

With this bi-focal vision applied to chaos theory, we are reminded us that “during stressful periods, particular changes at the micro-level of a given system can generate macro-level changes involving a massive phase shift.  In other words, local perturbations can trigger off global changes,” (Michael Zimmerman, 324).

a protest at a town hall meeting against injustice,

or an act of kindness extended to one’s sworn enemy,

or the closing of a coal plant,

or a refusal to return violence with more violence,

may set off shifts in social, economic and ecological dynamics that are not discernible at the outset, but have wider-ranging effects than initially realized.

What good are a butterflies wings against the hurricane?

Of course, some will still accuse Christians of being naive fools. An altar with candles is nothing against the explosions of sarin bombs.  Easter lilies against nuclear arms are laughable.  Peaceful protesters are nothing against the powers of the militarized police.  What difference does it make?  You accomplish nothing.  You are fools.

Further, Jesus’ light is nothing against the darkness of evil.   What good are a butterflies wings against the hurricane?  So what if he was resurrected – what difference did it make?  Hunger, poverty, disease, injustice, climate change, violence, war and death – those powers are still the law of the land.

For example, informed by science, people are advocating for the monarch butterfly and planting milkweed seeds and calling for the end of herbicides.  This is creating a small but noticeable increase in the population of the threatened orange-winged insects.

Houses of worship are installing solar panels at increasing rates.

El Salvador, with the support of the Catholic Church, banned gold mining in favor of protecting its fragile water systems. 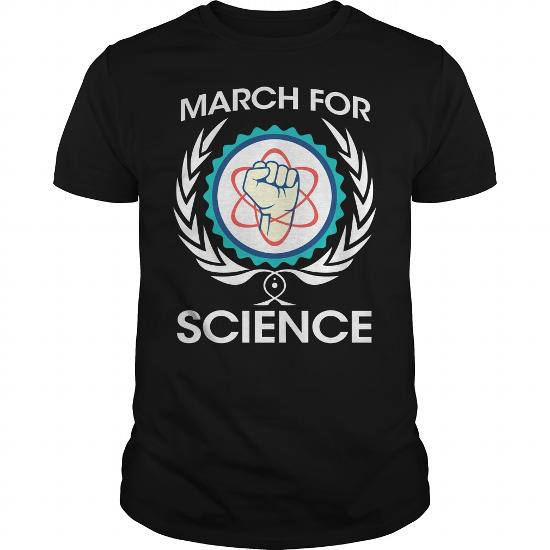 These are examples of micro-level changes disrupting macro-level devastations.  The wind from the butterflies wings are the hurricane!

Scientists and Christians – can we talk?

In the same way, Christians engaging with scientists to help them think through the moral and ethical ramifications of their discoveries, their technological innovations, their medical treatments, and their research methods, shows how the discourse between Christians and science is not to be shunned, but encouraged. (For a great post about the Church and Science being partners for the common good, click here.)

As citizens across this nation, and across the world take part in the #MarchforScience, I hope Christians will make it a point to take selfies with scientists. It’s time for the suspicion and antagonism to end, and new friendships to begin! 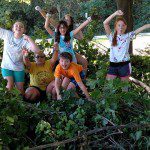 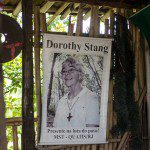 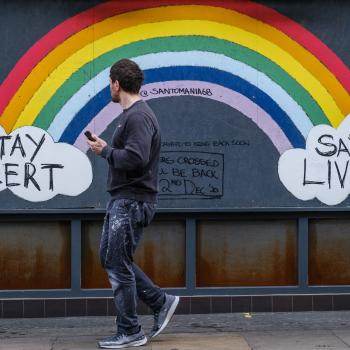